International Soccer Teams
Bring Their Game to The Palm Beaches

Colombian and Uruguayan soccer fans will be traveling to The Palm Beaches during  the first week of July to watch  four (4) of the most popular teams from those respective nations.  On July 4, Penarol of Uruguay plays Millonarios of Colombia at 3:15, and Colombian teams Nacional and America de Cali play at 8:15 p.m. Two days later, on July 6, Nacional plays Penarol at 5:15 p.m. and America de Cali plays Millonarios at 9:30 p.m.  The Uruguayan rivalry features the country’s two most popular teams, which together have won 150 national and international titles. Millonarios from Bogotá has won the Colombian soccer league title 15 times, and are on track for another Championship title, while America de Cali sits in fourth place in the first division league.

All six professional clubs are powerhouses in their respective home countries, as well as among the most popular.  The matches on July 6th are both “derbies” in their respective countries, and in the case of the Uruguayan “derby,” represents a high-interest event for the Uruguayan, as it is the first ever edition of their national “derby” played in the United States.

Are you ready to live one of the greatest experiences of North and South American Football? Click the link to get a glimpse of this event! 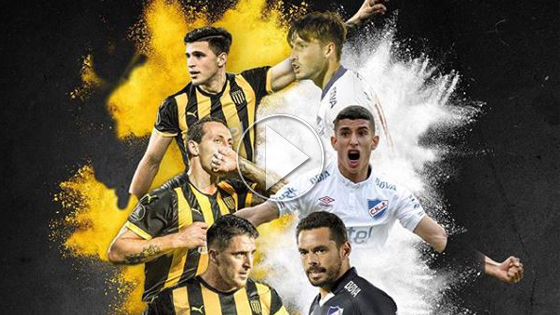 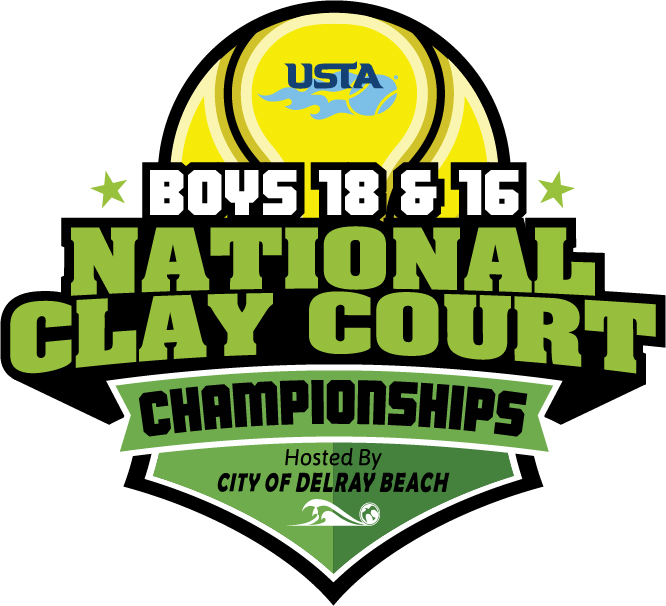 The Delray Beach Tennis Center, The Club at Boca Pointe, Seven Bridges Tennis Center, Broken Sound Country Club, Boca West Country Club, and Boca Grove Country Club,  will all play host for the matches, which are set for July 14-21, 2019.  The draw consists of 450 athletes, which are of the uppermost ranked players in the nation, competing in singles and doubles competition. The economic impact for Palm Beach County is expected to surpass $1 million.

The USTA Boys 18 & 16 National Clay Court Championships has a 52-year history and has taken place in Palm Beach County for the past twelve (12) years.  Past participants that have played in USTA National events include Andre Agassi, Andy Roddick, John McEnroe, and Michael Chang.

Over 100 NCAA collegiate coaches will be in attendance to scout the 450 youth tennis players.  In addition to the coaches and athletes, over 1,200 spectators (family and coaches) will be traveling to experience the Championships.

The USTA Boys 18 & 16 National Clay Court Championships is the largest amateur tennis tournament taking place annually in The Palm Beaches.  The event will be televised on Fox Sports Network and will create an enormous tourism impact.  Last year, this event produced over 2,700 hotel room nights and $1.9 million in economic impact. Room night production has grown by more than 100% over the last five (5) years.

Click the image below to watch higlights from last years championships! 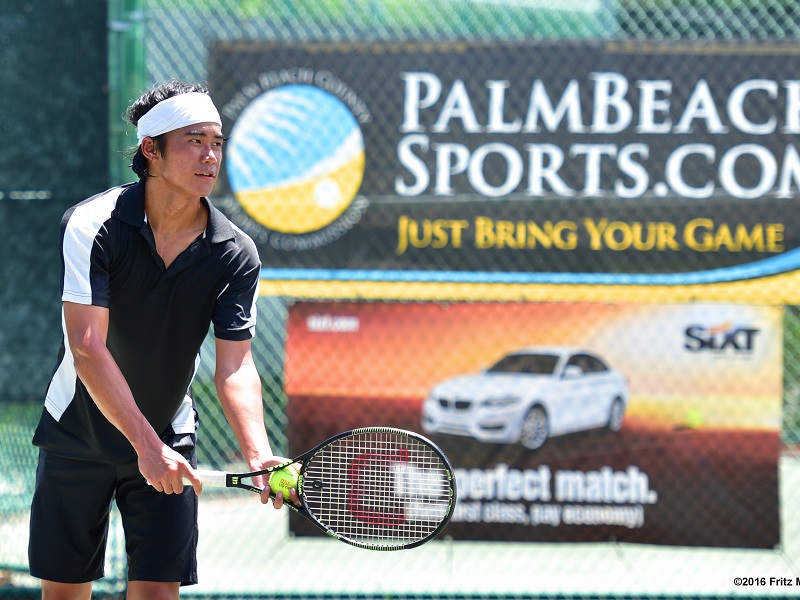 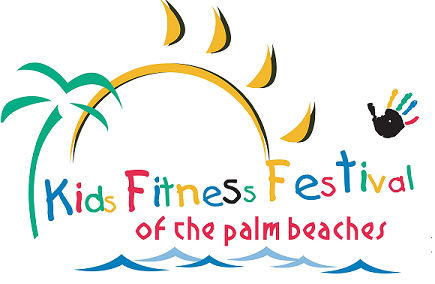 The Kids Fitness Festival of the Palm Beaches Offers Something For Everyone!

South Florida’s interactive youth sports experience, the Kids Fitness Festival of the Palm Beaches, produced for the last 23 years by the Palm Beach County Sports Commission (PBCSC), will take place at the South Florida Fairgrounds on July 17 & 18, 2019.  Elementary and Middle school children learn the basics of over 40 traditional and non-traditional sports from the area’s leading instructors. Over 5,000 of Palm Beach County’s youth, between the ages of 5 and 12, will attend the 2-day event. The Kids Fitness Festival of the Palm Beaches strives to introduce and promote both mainstream sports, such as football, baseball, golf, cheerleading, and basketball and non-traditional sports that are not commonly found in the general school system, such as badminton, boxing, fencing and martial arts.   The event markets and showcases many of the sport assets located in Palm Beach County and the South Florida area.

The participating elementary and middle school children will be given basic instruction and the chance to play and experience the sport while maneurivering through each sport clinic offered at the Kids Fitness Festival. In addition to the sport clinics, the festival will offer a midway of interactive games, the opportunity to meet professional athletes and mascots and a number of exhibitors promoting nutrition and healthy lifestyles for youth.

Over the last 15 years, the Kids Fitness Festival has impacted over 60,000 youth, which have been familiarized to a variety of sports, fitness, and nutrition.  This is the only annual event in Florida that partners with an array of state, regional, and national sports associations and organizations to educate a diversified group of children about the numerous opportunities, benefits, and gratification that are achieved through participation in athletics, fitness, and living a healthy lifestyle. 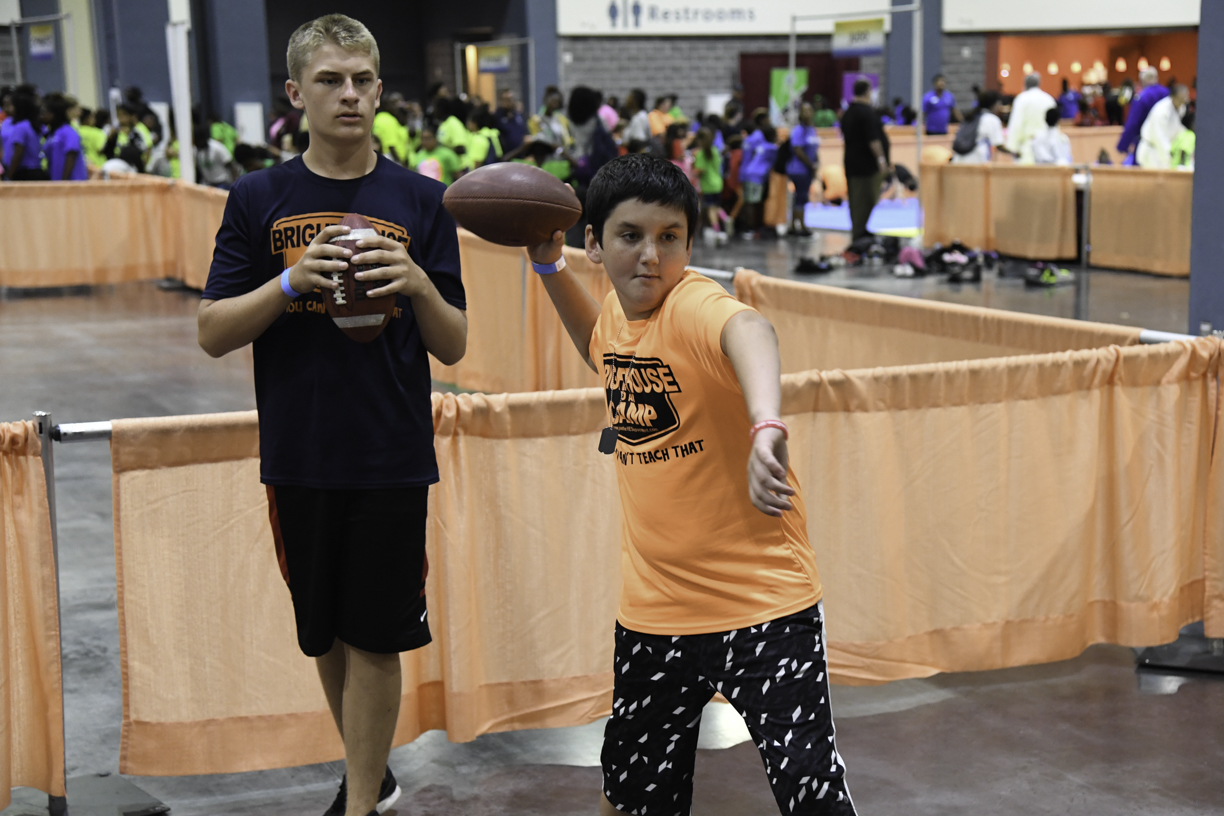 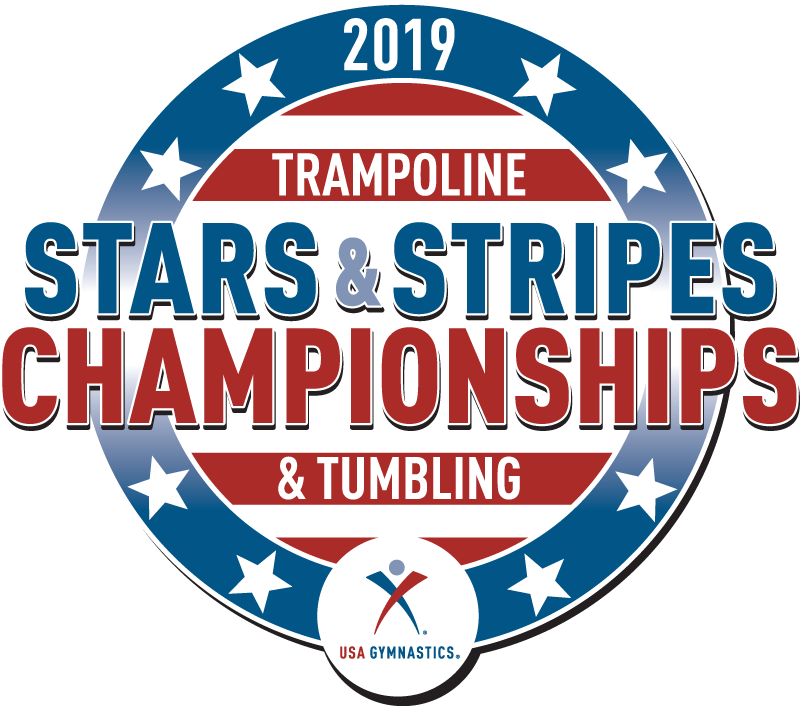 More than 1,000 of the nation’s top trampoline and tumbling gymnasts and coaches will converge on The Palm Beaches to participate in the 2019 Stars and Stripes Championships on July 20-21 at the Palm Beach County Convention Center.  The two-day championships will feature competition in men’s and women’s trampoline, tumbling and double mini trampoline in various age categories. The Palm Beach County Sports Commission is the local host while USA Gymnastics is the event organizer. This national meet consists of competitions for levels 5-7 in both the trampoline & tumbling disciplines.

“The Stars and Stripes Championships is the culmination of the competitive season for these gymnasts,” said Jacqui Godfrey, director of trampoline and tumbling for USA Gymnastics. “These talented gymnasts may well compete on the world stage in the years to come. We hope the community will come and see first-hand the amazing skills the athletes perform.”

The Stars and Stripes Championships will create enormous tourism and economic benefits for The Palm Beaches. Combining coaches, exhibitors, and spectators with the athletes, over 3,000 visitors from across the United States are expected to come through the Palm Beach County Convention Center.   The arrival of traveling participants will create more than $2 million of economic impact while filling thousands of hotel rooms. 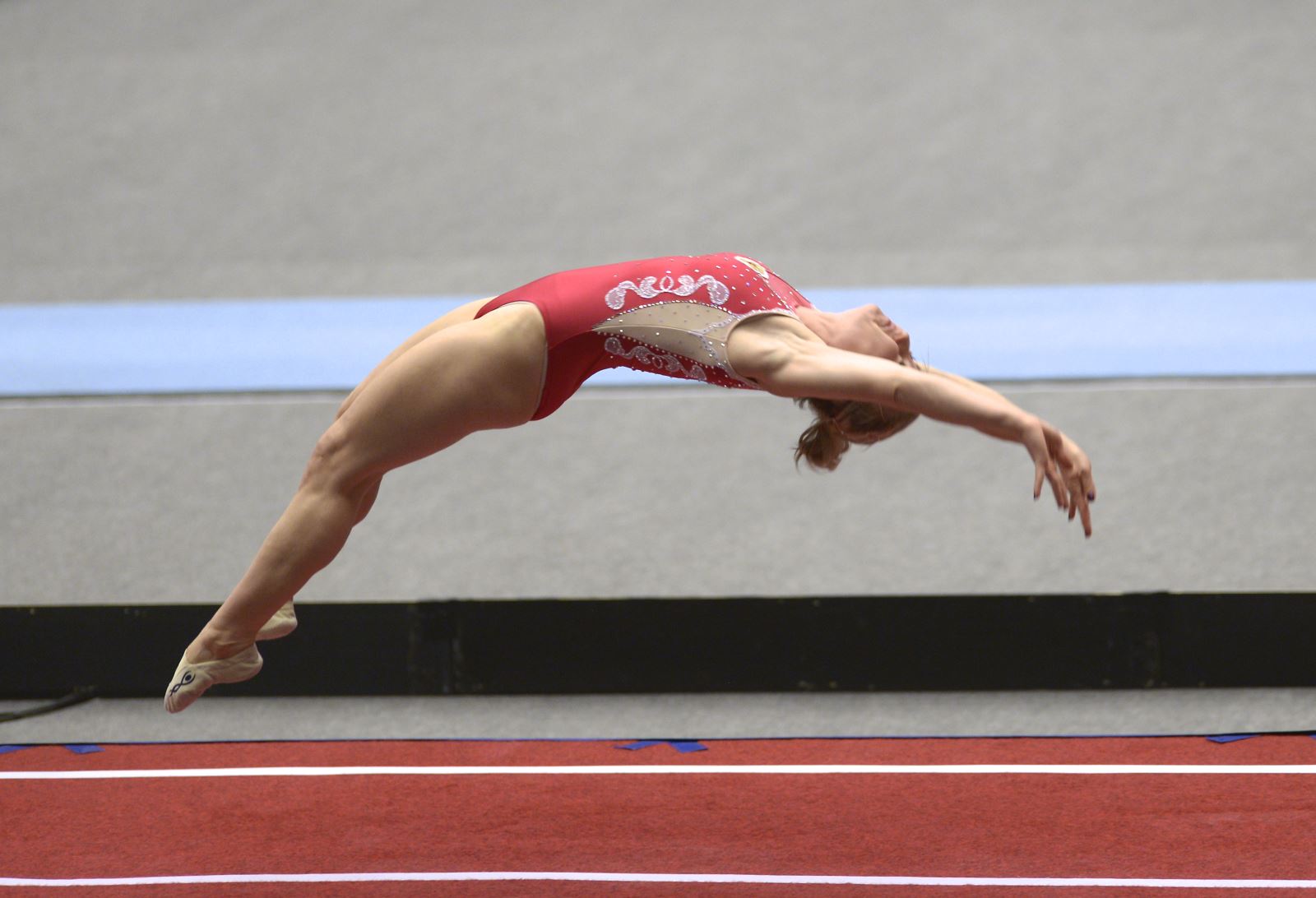 Trampoline events involve athletes using trampolines that can propel them up to 30 feet in the air, during which they can perform double, triple and quadruple twisting somersaults. Tumbling utilizes elevated rod-floor runways that enable athletes to jump at heights more than 10 feet and execute a variety of acrobatic maneuvers. For the double-mini competition, the athlete makes a short run, leaps onto a small two-level trampoline, performs an aerial maneuver and dismounts onto a landing mat. Trampoline and tumbling joined USA Gymnastics in 1999 and made its debut as an Olympic sport at the 2000 Olympic Games in Sydney, Australia.

The USA Gymnastics Stars & Stripes Championships signifies the third national gymnastics meet to take place at the Palm Beach County Convention Center in the last four (4) years. In 2015, this venue was home to the USA Gymnastics Men’s Southeast Regional Championships and in 2018 it held the Tim Rand Invitational, which is one of the top international competition for girls taking place annually in Florida. 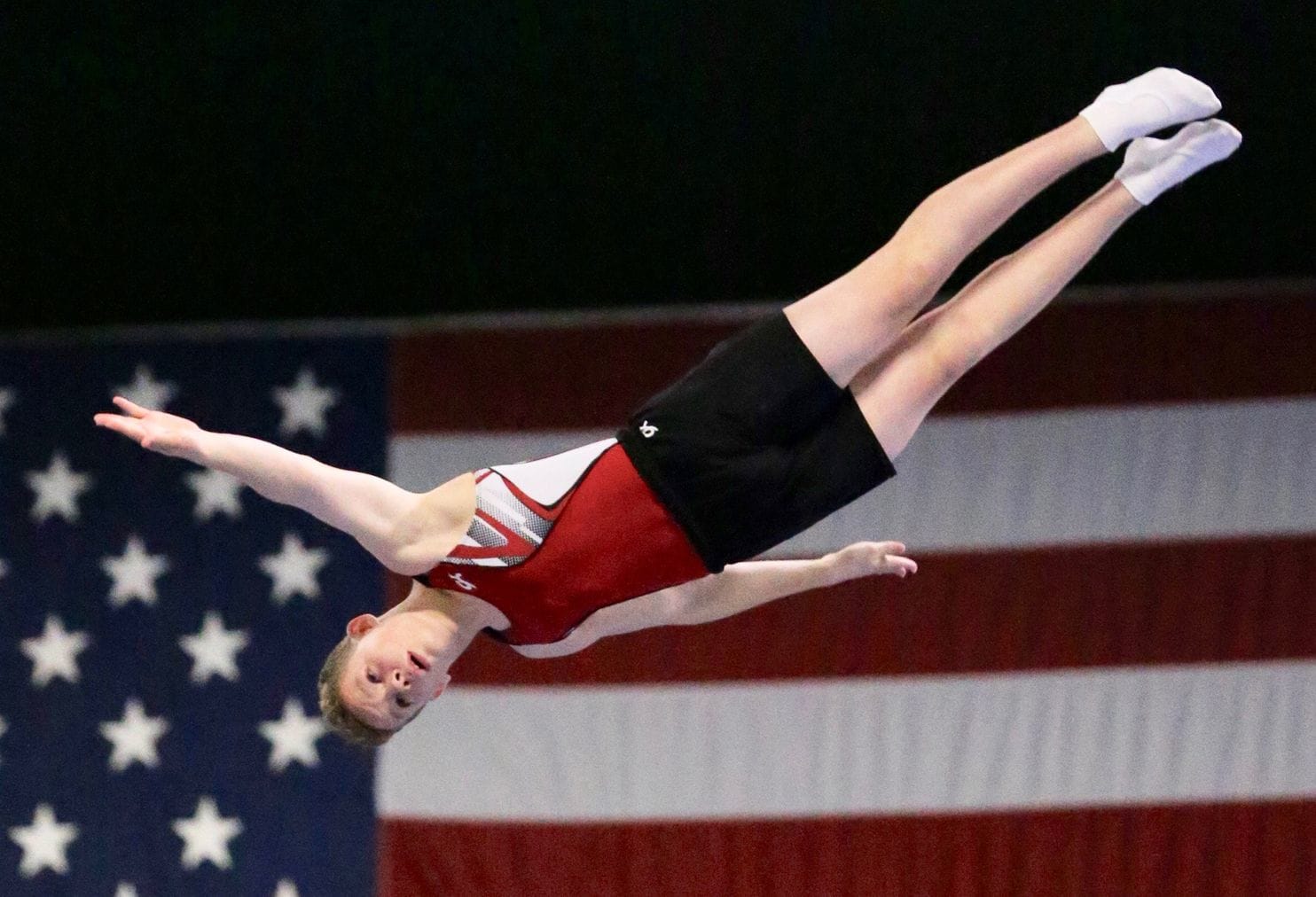 USA Water Ski & Wake Sports will bring its National Championships to the lakes of Okeeheelee Park on August 6-10, 2019.  The Palm Beach County Sports Commission will partner with the Ski Club of the Palm Beaches to host the 77th GOODE Water Ski National Championships, which is a traditional three-event competition (slalom, tricks, and jumping).  The GOODE Water Ski National Championships is the largest water ski event taking place annually in the United States. More than 600 of the nation’s top water ski athletes from across the United States are expected to compete for national titles in slalom, tricks, jumping and overall in respective divisions at the world’s largest three-event water ski tournament. USA Water Ski hosted its premier event in Palm Beach County on three (3) previous occasions between 2012 and 2015.

In addition to the thrills and excitement that will be generated by this action sport, the GOODE Water Ski National Championships will bring tremendous economic benefits to the local community. The event is expecting to generate over 1,500 hotel room nights and $1 million in economic impact during the month of August, which is traditionally one of the slowest months for tourism. 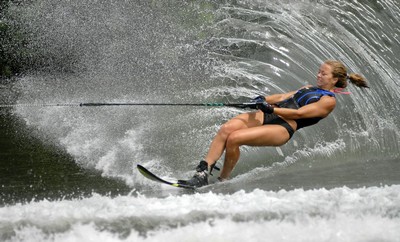