The Palm Beach County Sports Commission was a finalist for three (3) national sports tourism awards, presented by the National Association of Sports Commissions:
Sports Commission of the Year (population over 500,000)- This award is given to a Sports Commission who has had the most exceptional impact on their local community through sports events and visitor spending during the 2017 calendar year.  This organization should also show a commitment to NASC and its mission. Sports commissions, sports councils, and sports authorities may apply for this award.
Locally Created Event of the Year - This award is given to a Sports Commission with the most outstanding locally created event or program for the 2017 calendar year. This event, can be newly created or a long-standing event but must be created by the submitting organization to serve the local community or an organizational need (i.e. fundraising, scholarship, volunteer recruitment, etc.).
Sports Tourism Executive Director /CEO of the Year - This award honors the sports tourism CEO who demonstrates only the highest levels of achievement, personal conduct, and professionalism in the sports tourism industry in the 2017 calendar year. The recipient demonstrates exceptional qualities of leadership in his or her own organizations and displays a deep commitment to the advancement of the sport tourism industry as a whole.
The finalists were announced at the National Association of Sports Commissions (NASC) Sports Event Symposium, which was held on April 22-26, 2018 in Minneapolis, MN. The NASC Sports Event Symposium is the annual meeting of the National Association of Sports Commissions, the only non-profit 501(c)3 association for the sport tourism industry in the United States. 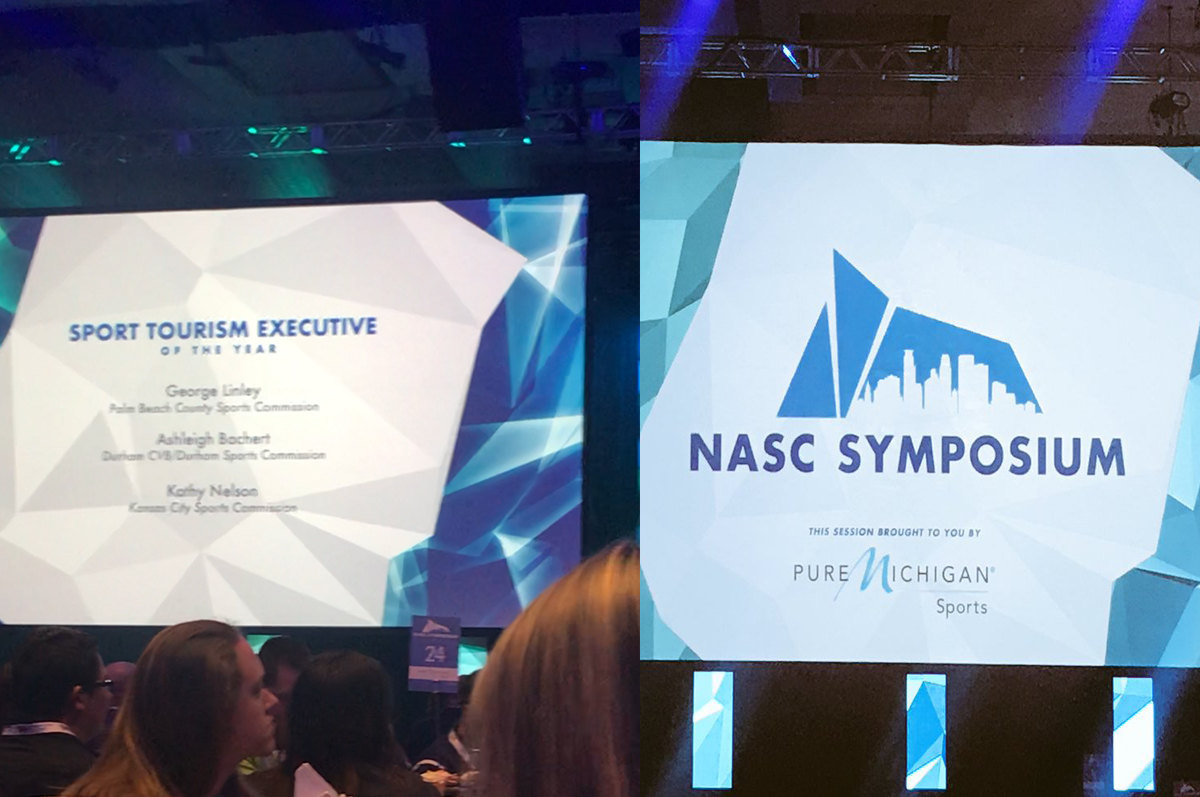 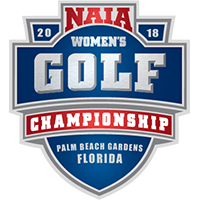 The Palm Beach County Sports Commission and Keiser University will partner to host the National Association of Intercollegiate Athletics (NAIA) Women’s Golf National Championship at PGA National Resort & Spa for the second consecutive year, from May 21-25, 2018. The event will be held on The Champion Course at PGA National, which is unquestionably one of the best and most challenging golf courses in Florida.  The Champion Course features the Bear Trap, which spans three demanding holes designed by Jack Nicklaus.

The NAIA Women’s Golf National Championship includes one (1) official practice round (although the teams can arrive early to play additional practice rounds if they wish) and four (4) days of competition. The tournament features a total of 72 holes of golf with a cut after 36 holes.  The field of 29 teams is reduced to 17 teams and the 40 top individual golfers after the cut. The competition format is stroke play.  Each team competes with five golfers (minimum of four), and the top four scores posted each day are counted toward the team standings.

Hosting this event is extra special for Palm Beach County.  Keiser University, which is based in West Palm Beach, owns a rich tradition of collegiate golf as the Seahawks have won the NAIA Women’s Golf National Championship three times in school history. In 2018, Keiser University has a chance to win a title in its hometown.

The NAIA Women’s Golf National Championship will provide a significant tourism impact to Palm Beach County.  In addition to the golfers, this event is expected to bring students and alumni from across the nation.  The event will create a significant level of visitor spending ,while filling more than 1,500 room nights for Palm Beach County hotels.

“The Palm Beach County Sports Commission is thrilled to host another NAIA National Championship, as it showcases The Palm Beaches as an elite sports destination,” said George Linley, Executive Director of Palm Beach County Sports Commission. “Hosting this event is a result of our great partnership with Keiser University. Very few communities have the privilege of experiencing a collegiate national championship and we are thrilled the NAIA Women’s Golf National Championship will call the Palm Beaches home once again in 2018.”

Since 1937, the NAIA has administered programs and championships in proper balance with the overall educational experience. In 2000, the NAIA reaffirmed its purpose to enhance the character-building aspects of the sport. Through the Champions of Character program, the NAIA seeks to create an environment in which every student-athlete, coach, official and spectator is committed to the true spirit of competition. 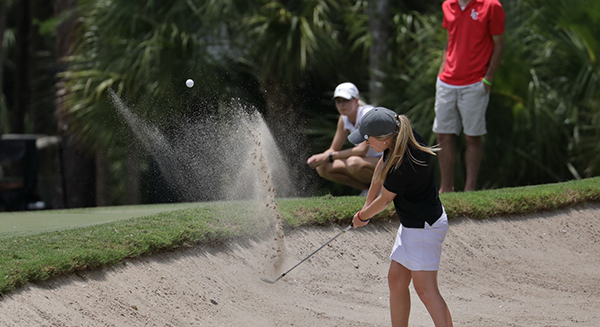 The United States Golf Association (USGA) tees of in 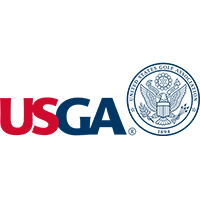 The United States Golf Association (USGA) will host the U.S. Amateur Four-Ball Championship at the Jupiter Hills Club from May 19-23.  The U.S. Amateur Four-Ball Championship is one of the 14 national championships of the USGA.   A four-ball golf match, used in match play competitions, consists of two teams of two golfers competing directly against each other. Each golfer plays their own ball throughout the round, such that four balls are in play. A team’s number of strokes for a given hole is that of the lower scoring team member.

The U.S. Amateur Four-Ball Championship consists of 128 teams (256 total golfers).  The golfers will travel from across the United States.  The tournament opens with two (2) rounds of qualifying for all 128 teams / 256 golfers.  The 36 qualifying rounds will feature stroke play competition.  After the qualifying rounds, the low 32 teams will compete in match play over a three-day period to determine the champion.

The 128 teams (256) golfers that compete in the U.S. Amateur Four Ball Championship must qualify to enter this national championship.   The USGA staged 37 qualifying events throughout the United States in 2017.  The qualifying events began on August 30th and concluded on December 6th at Pebble Beach in California.

The U.S. Amateur Four Ball Championships has taken place on some of the most prestigious golf courses in the nation.  The event took place at Pinehurst Resort & Country Club in North Carolina in 2017, Winged Foot Golf Club in New York during 2016, and The Olympic Club in San Francisco during 2015.  This event will create a significant tourism and economic impact for  The Palm Beaches. The influx of visitors will create over 1,200 room nights for Palm Beach County hotels, and more than $700,000 in direct visitor spending.

The USGA celebrated its 124th Anniversary in 2018 as the national governing body for golf in the United States, its territories, and Mexico.  The USGA produces and interprets the rules of golf. The USGA also provides a national handicap system for golfers, conducts 14 national championships, including the U.S. Open, U.S. Women’s Open and U.S. Senior Open. 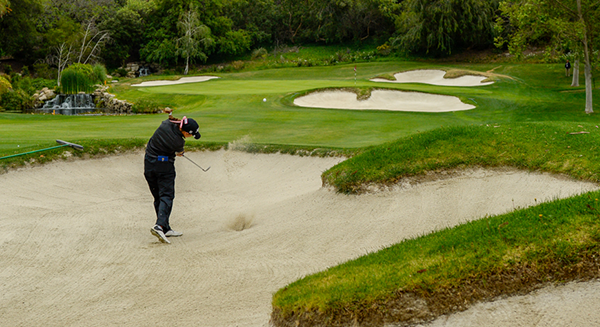 FITTEAM Ballpark of the Palm Beaches pitches a Soccer Ball

The large inventory of soccer fields is required to host a record setting number of youth soccer teams totaling 3,600 athletes from across Florida, Bahamas, Haiti, and the Cayman Islands.  The participating teams will contend for titles in boy’s and girl’s divisions competing in age groups (Under 9 to Under 18). The Palm Beach Cup will bring over 300 soccer games to The Palm Beaches. 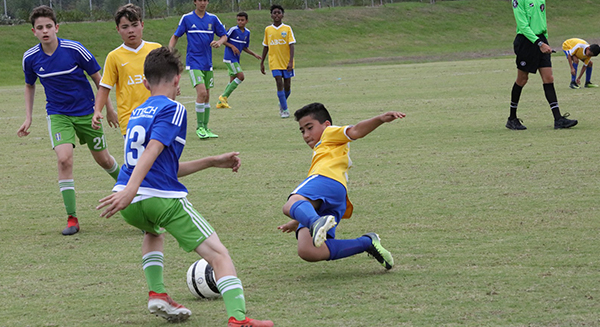 Batter at the Ballpark 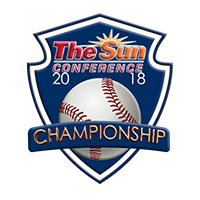 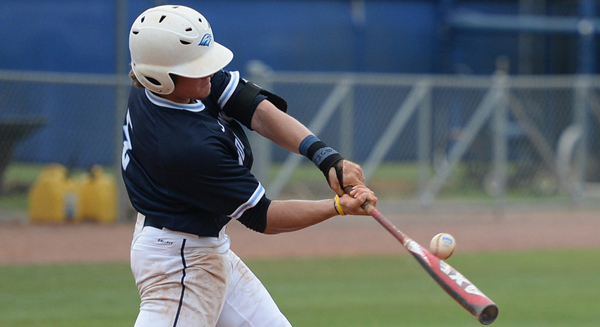 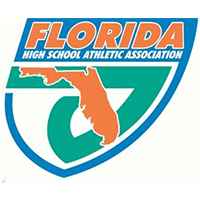 The Florida High School Athletic Association (FHSAA) will partner with the Palm Beach County School District to hold the Florida High School Lacrosse and Flag Football Championships on the campus of Boca Raton High School, from May 10-12, 2018. Palm Beach County will attract the best of Florida’s best lacrosse and flag football athletes in addition to thousands of sports enthusiasts.
Each spring, approximately 175 senior high schools across Florida, compete in boys and girls’ lacrosse, and more than 260 Florida high schools sponsor girls flag football programs.  These lacrosse and flag football programs contend for the right to be proclaimed FHSAA State Champions.   Four (4) lacrosse boys’ teams, four lacrosse (4) girls’ teams, and four (4) girls’ flag football teams will qualify for the state championships by making it through Districts, and then three (3) additional rounds of “play-in games.”
Boca Raton High School will be home to the first Florida High School Championships that combines the sports of lacrosse and flag football.  This event will represent the third straight year that Palm Beach County hosted the Florida Lacrosse S Championships. The Palm Beach County Sports Commission and Jupiter Community High School partnered to produce the Florida High School Lacrosse Championships at Velocity Community Credit Union Stadium in 2016 and 2017.
The FHSAA sponsors over 3,600 championship series games through which 141 teams, and 294 individuals are crowned state champions in 32 sports each year. Over 2,000 student athletes each year experience winning a championship. Through participation in these athletic programs, over 800,000 students annually are extended opportunities to receive lessons in leadership, sportsmanship and citizenship.
All-day general admission tickets for both events, will go on sale for $8 in advance via GoFan, the exclusive digital ticketing provider for the FHSAA. The free GoFan app is downloadable today, for both Apple and Android. Tickets will be $11 (cash only) at the gate. 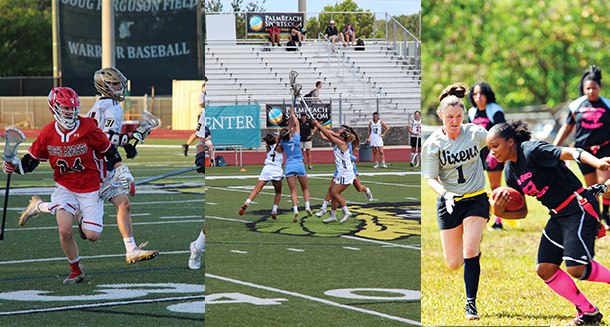 The African American Golfer’s Hall of Fame, which recognizes and celebrates legends of golf, will take place over Memorial Day weekend. The 14th Annual African American Golfers Hall of Fame (AAGHOF) Celebration and Gala will be held from May 24-28 and entails a golf tournament, educational seminars, and an induction celebration.
The AAGHOF Induction Celebration will take place at Bear Lakes Country Club in West Palm Beach and will recognize golf organizations, coaches, media, administrators, and athletes on a national level.  The inductees are pioneers that have impacted the growth of African Americans participating in the game of golf.  The AAGHOF also recognizes collegiate athletes who excelled both in the game of golf, and academically.  This one-of-a kind event embraces the history of golf and those who made remarkable contributions through sports, that embodies this Hall of Fame. Honorees will travel from across the United States and beyond to be inducted.
This hall of fame has seen growth and produced powerful moments during the past 13 years.  Last May, this organization enjoyed a ground-breaking ceremony for the African American Golfers Hall of Fame Museum and Learning Center in the City of Riviera Beach.  The AAGHOF vision of creating a permanent home is currently in the planning stages and on a path to becoming a reality.  Upon its completion, this museum, shrine, and learning center will become a major attraction for the City of Riviera Beach.
The African American Golfer’s Hall of Fame significantly enhances Palm Beach County as a sports destination.   This is Palm Beach County’s only Hall of Fame that recognizes organizations on a national level. To secure your tickets to the 14th Annual African American Golfers Hall of Fame, visit www.africanamericangolfershalloffame.com 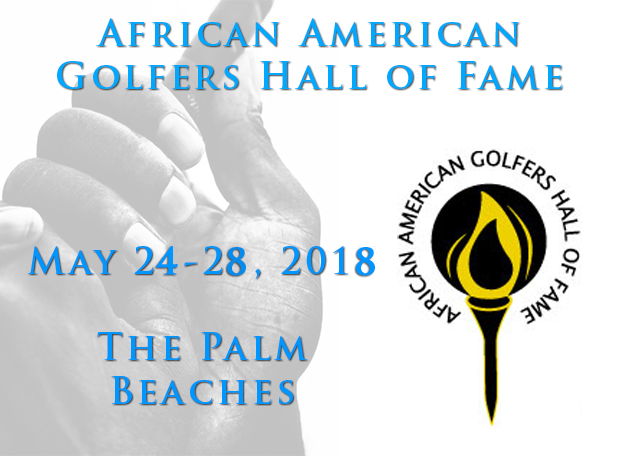 The 14th Annual African American Golfers Hall of Fame (AAGHOF) Celebration and Gala will be held from May 24-28 and entails a golf tournament, educational seminars, and an induction celebration. 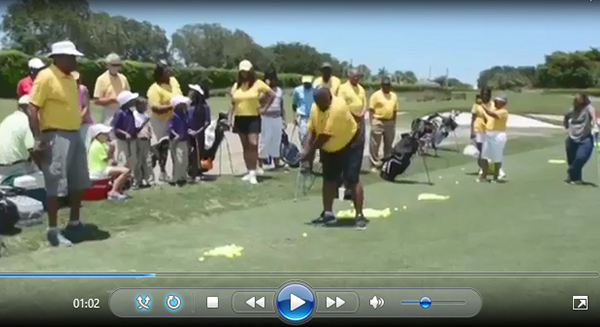 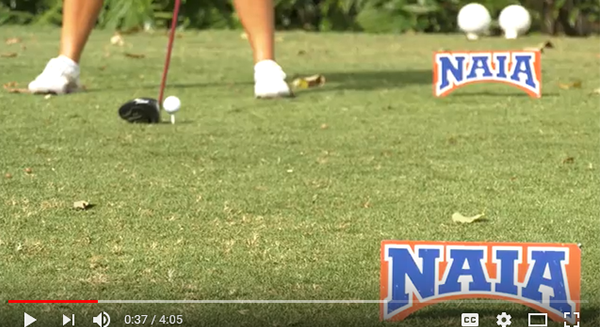 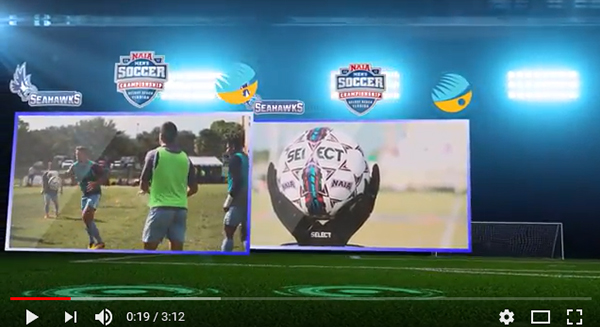