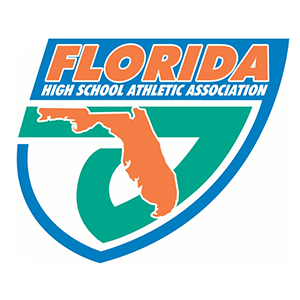 “We are excited to partner with the Palm Beach Sports Commission and the School Board of Palm Beach County to bring multiple sports to the same location for what is sure to be an action-packed event,” FHSAA Executive Director George Tomyn said. “We expect this quadruple championship experience to provide our student-athletes, coaches and fans with a weekend they will never forget.”

The FHSAA sponsors over 3,600 championship series games through which 141 teams, and 294 individuals are crowned state champions in 32 sports each year. Over 2,000 student athletes each year experience winning a championship. Through participation in these athletic programs, over 800,000 students annually are extended opportunities to receive lessons in leadership, sportsmanship and citizenship.

Ticket information for all events will be announced soon via GoFan, the exclusive digital ticketing provider for the FHSAA. Downloadable today for both Apple and Android, the free GoFan app features the ability to buy tickets to FHSAA State Series events as well as enter the venue through mobile scanning. 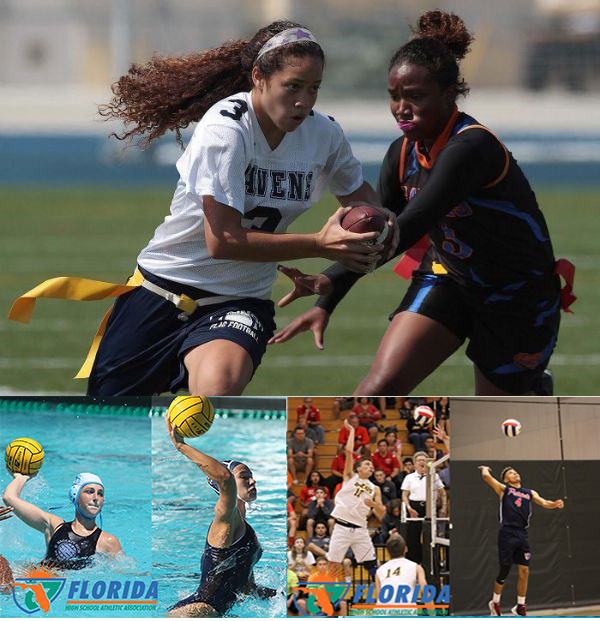 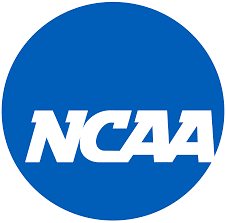 The NCAA Division II Women’s Golf National Championship will tee off on the Champion Course at PGA National Resort & Spa, which is unquestionably one of the best and most challenging golf courses in the United States.  The Champion Course features the Bear Trap, which spans three demanding holes designed by Jack Nicklaus.

Palm Beach Atlantic University (PBAU) is partnering with the Palm Beach County Sports Commission to oversee the event.   PBAU will provide support by offering an abundance of volunteers, which are required to manage the National Championship. PBAU is a member of the Sunshine State Conference, which is a Division II affiliate of the NCAA.

The NCAA Division II Women’s Golf National Championship will consist of both team and individual competition conducted concurrently. After 54 holes of competition, the individual championship will conclude, and the top 8 teams will advance to Medal Match Play. The final 8 teams will be seeded based on team scores, and compete in quarterfinals, semifinals, and finals to determine a champion.

The National Championship will provide a significant economic and tourism impact to Palm Beach County.  Students, alumni, and golf fans from across the United States are expected to visit The Palm Beaches and enjoy the crowning of a national champion. The event will create a significant level of visitor spending while filling hotel rooms across the county.

Palm Beach County is now the centerpiece of collegiate golf national championships. The NCAA awarded the Palm Beach County Sports Commission five (5) golf championships over a four (4) year span that will take place from 2019-2022 at PGA National Resort & Spa.  This achievement is remarkable considering the NCAA received more than 3,000 bid submissions from NCAA member schools, conferences, sports commissions and cities vying to host predetermined rounds for 84 of the NCAA’s 90 championships over the four-year bid cycle. 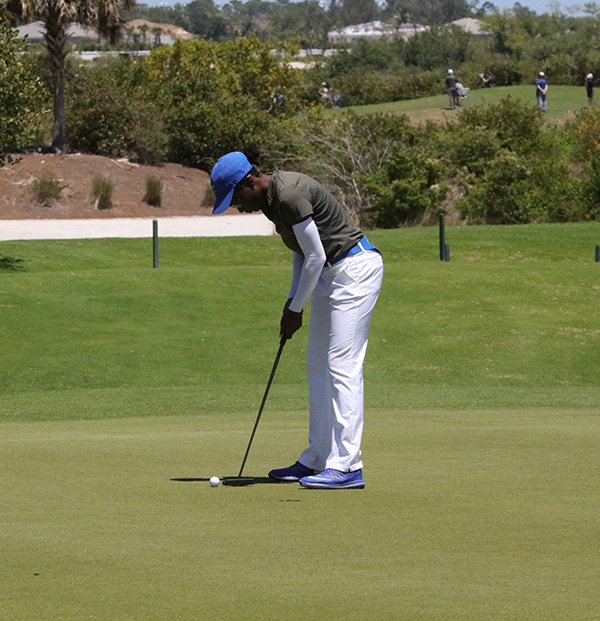 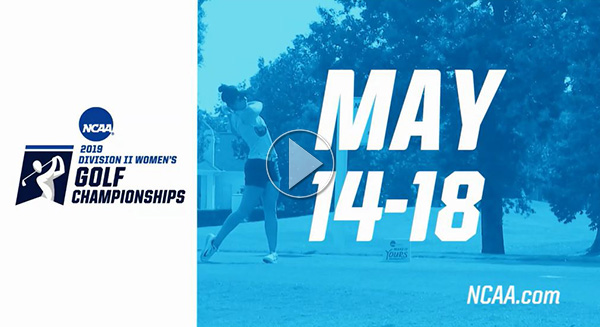 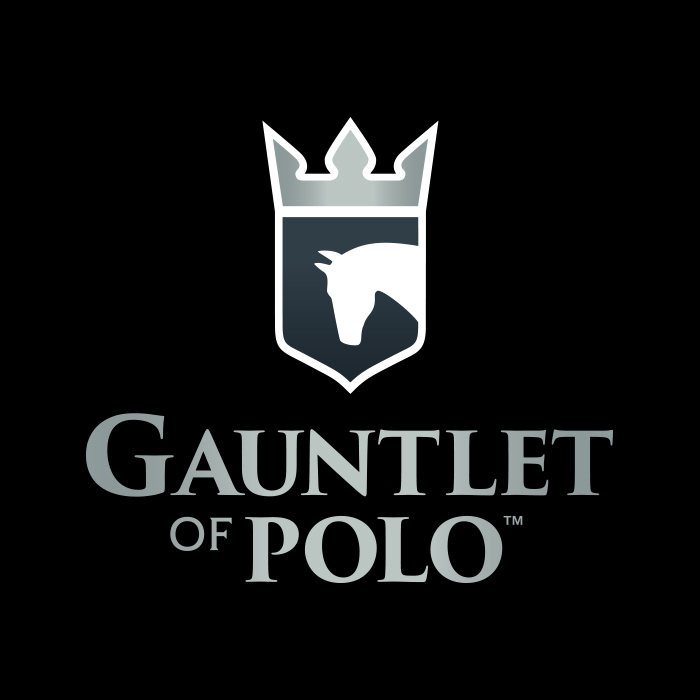 The International Polo Club Palm Beach is the premier polo destination in the world, hosting the largest field of high-goal teams and the most renowned polo tournaments in the United States. For the first time ever in the sport of polo, the inaugural GAUNTLET OF POLO™ was created in 2019.  This series of polo tournaments, which includes the  C.V. Whitney Cup, the USPA Gold Cup®, and the U.S. Open Polo Championship, awarded $1 million to any team who consecutively sweeps the three events within the GAUNTLET OF POLO.

The 2019 polo season culminated with the 115th  US Open Polo Championship, offering the most admired trophy presented in the sport. The U.S. Open is the apex of the high-goal tournaments held during the Florida high-goal winter polo season that attracts fans and polo enthusiasts from across the United States and around the world.    The GAUNTLET OF POLO challenged the world’s top polo players and ponies to strive for the ultimate championship.  Team Pilot earned the first-ever GAUNTLET OF POLO™ Champion title. The final game of the U.S. Open Polo Championship® aired on CBS Sports, Eurosport, and Dsport to more than 250+ million households in more than 66 countries.

The 2019 polo season also witnessed the reintroduction of Gladiator Polo, which is a professional arena polo league that combines the world’s best polo players with modified rules that keep the play fast.  Gladiator Polo is played at the International Polo Club’s new arena polo stadium and the rules allow for three polo players on each team.

Team Dublin, Ireland defeated Team Palm Beach to reign as the supreme team within Gladiator Polo.  Gladiator Polo will return to Palm Beach County. This new and exciting version of the sport  has a chance to redefine the annual polo season taking place in The Palm Beaches! 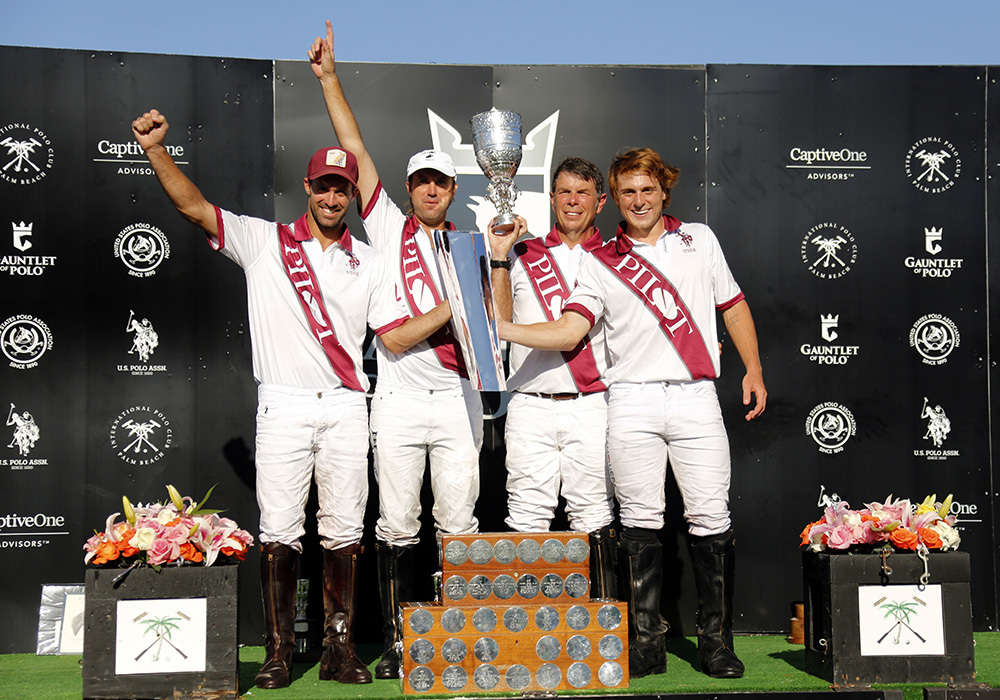 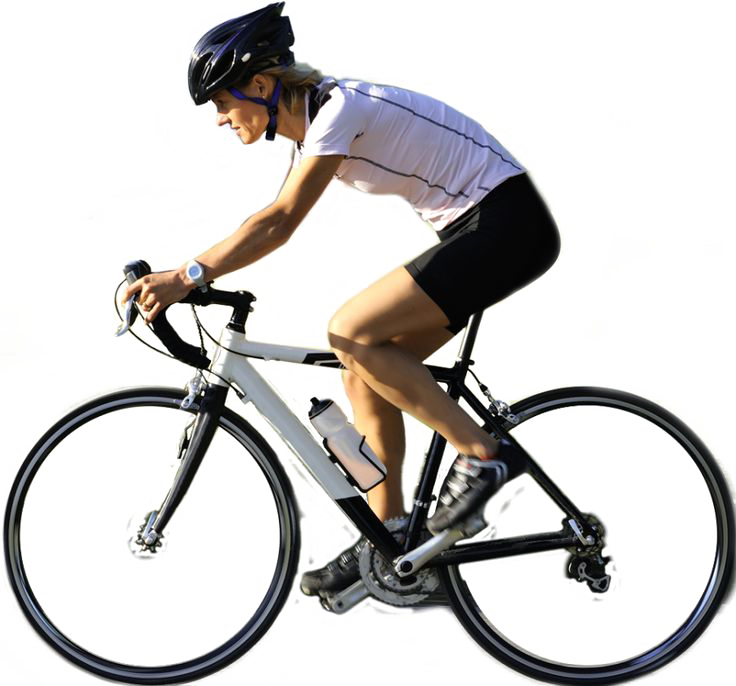 Palm Beach County will be become a championship cycling destination this May.  The Palm Beach County Sports Commission is partnering with Extreme Sports Productions to host the 2019 Bill Bone Florida State Criterium Championships. This epic cycling event will take place on Saturday, May 18th in West Palm Beach.   Criterium cycling races offer one of the most electrifying experiences for both the participants and spectators. Criterium races take place on a short loop course, typically less than a mile.  Cyclists repeat the loop in a timed race, which will range from 20 minutes to 60 minutes, depending on age group and skill category.   Criterium races are fast and furious and spectators will see the riders whiz by repeatedly, sometimes as fast as 30 miles per hour.

The 2019 Bill Bone Florida State Criterium Championships will feature a .9 mile closed course located off Flagler Drive and Clematis Street in downtown West Palm Beach.  This course provides an incredible atmosphere and is surrounded by fantastic restaurants and a vibrant nightlife on Clematis Street, which will be enjoyed by the participants and their families.   The Criterium Championships will feature male and female divisions, involving a variety of skill classes and age groups that range from youth to adult.  This race is sanctioned by the Florida Bicycle Racing Association (FBRA), which is a chapter of USA Cycling, the national governing body for the sport.

The Bill Bone Gran Fondo “Ride with the Champions” will take place on Sunday, May 19.  This is a non-competitive ride through West Palm Beach.   Gran Fondo is a long distance bike ride and includes cyclists of all ability levels. Local and traveling cycling enthusiast will have an opportunity to ride along side the cyclists that were competing for a state criterium championship on the previous day.

The 2019 Bill Bone Florida State Criterium Championships and Grand Fondo will create a strong economic benefit for The Palm Beaches.  Approximately 800 athletes and 2,000 spectators are expected to travel from across Florida to participate.  Restaurants, shops, and retail outlets throughout downtown West Palm Beach will be jam packed. The event will create a surge of visitor spending throughout West Palm Beach. 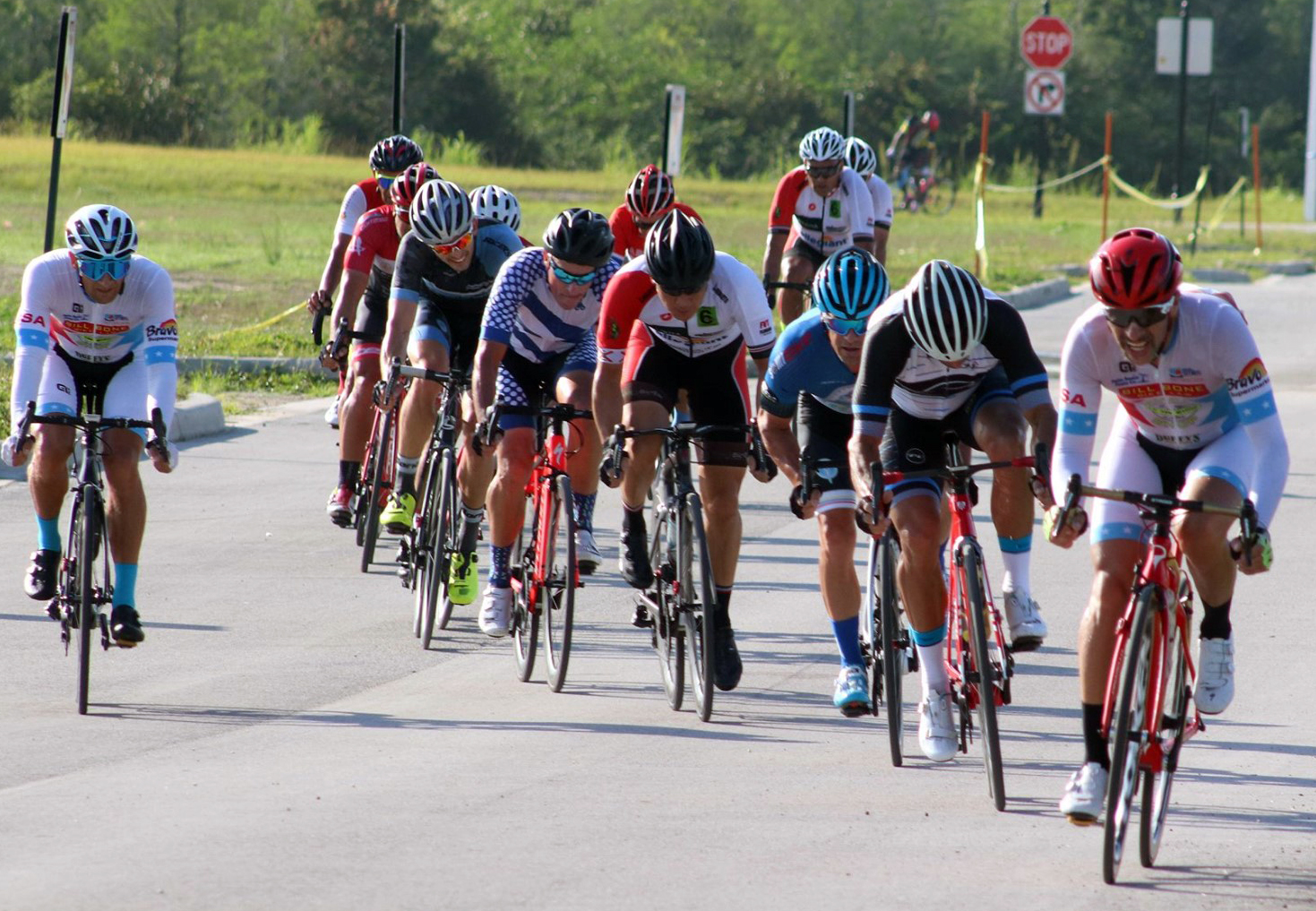 The Palm Beach County Sports Commission goes All Access with The Honda Classic! Click the video below to watch a sizzle reel from the 2019 Honda Classic which took place February 25 - March 3, 2019 at PGA National Resort & Spa. 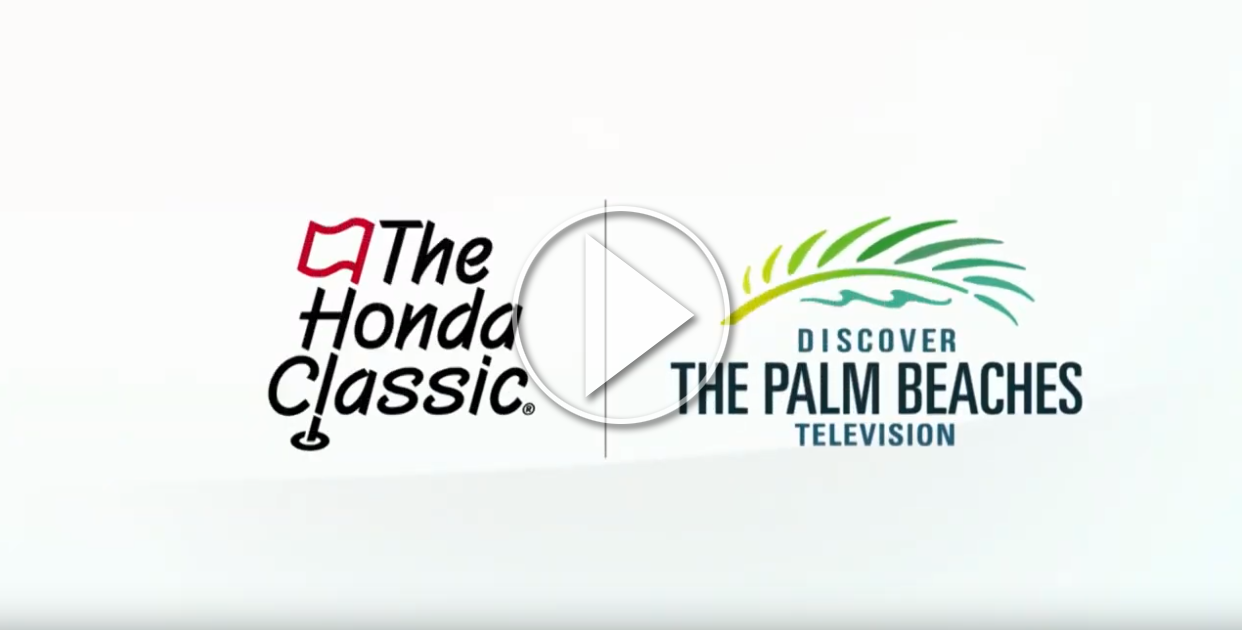