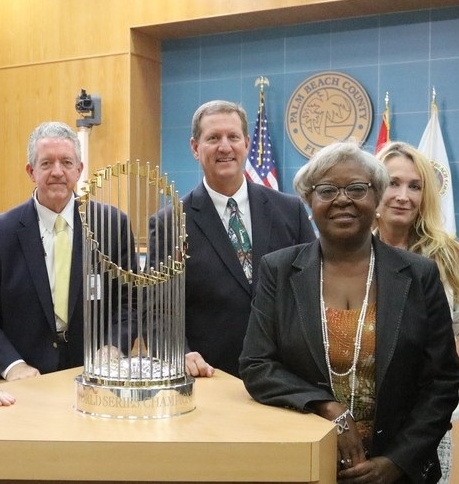 The Houston Astros achieved the ultimate success in professional baseball, winning 101 games during the Major League Baseball regular season, earning 11 more victories during the post-season, and defeating the Los Angeles Dodgers in 7 games to win the World Series and claim their first world title in the 56th year of the franchise.

The Houston Astros began the 2017 Major League Baseball Season and their incredible run to a World Series Championships by playing in the inaugural spring training game at the Ballpark of the Palm Beaches on February 28th, 2017. The Ballpark of the Palm Beaches contributed to a record number of tourists that visited Palm Beach County during the first three months of 2017. Over 2.3 million visitors traveled to The Palm Beaches during this period, up 7 percent over the same period in 2016. Visits among travelers from the Houston market were up a remarkable 23 percent during this period.

"Spring training is the foundation of a Major League Baseball team’s performance and Palm Beach County is thrilled to have played a pivotal role in the Astros’ first World Series Championship in franchise history.

The Ballpark of the Palm Beaches joins Roger Dean Chevrolet Stadium, which also resides in Palm Beach County, as the only spring training baseball complexes in Florida that each accommodate two MLB franchises.

The Ballpark of the Palm Beaches in combination with Roger Dean Chevrolet Stadium attracted nearly 297,726 spectators from across our county, Florida, and the United States, during the 2017 spring training season, generating a projected $75 million in economic impact. 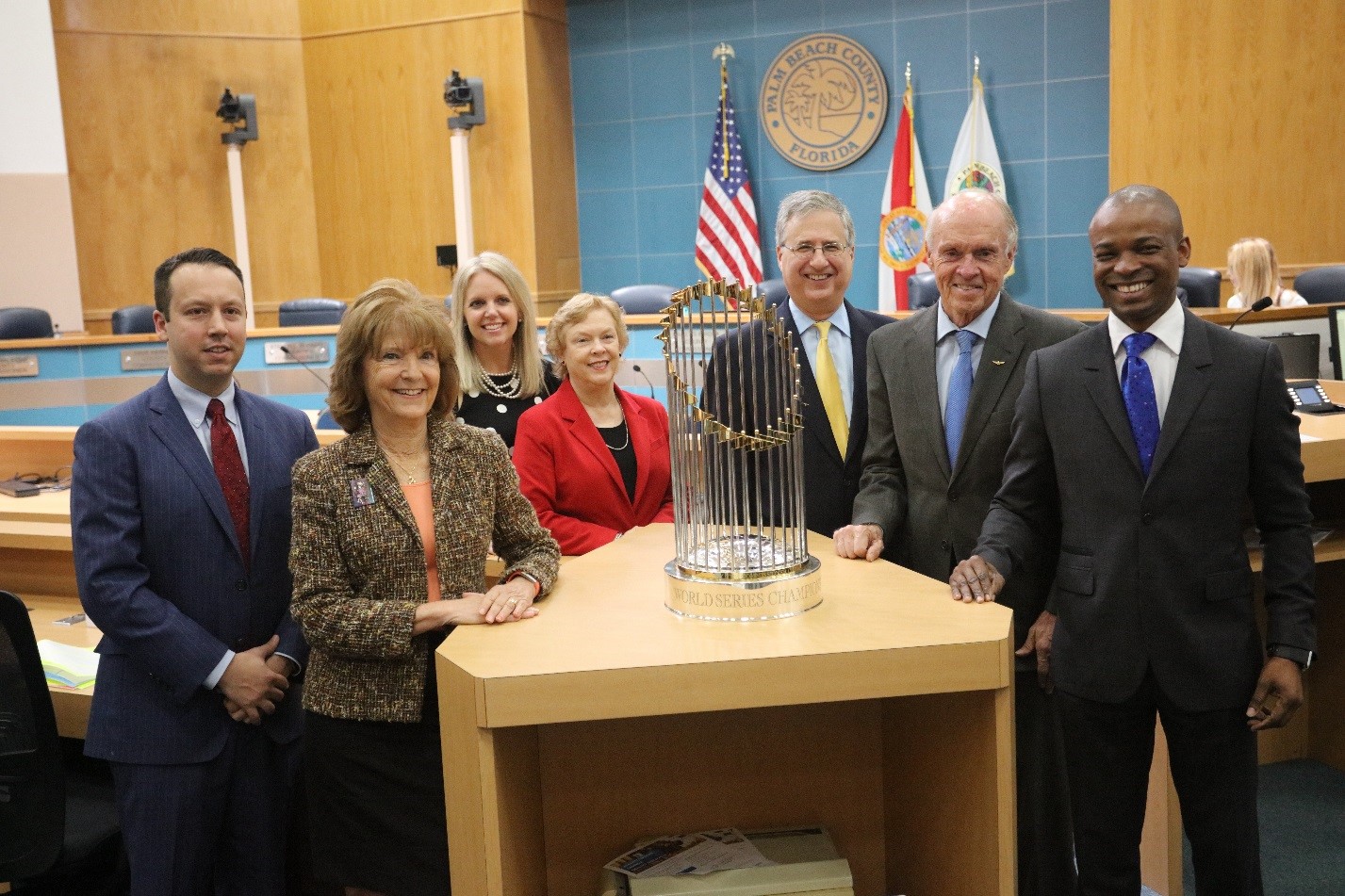 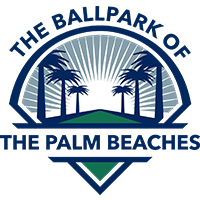 Palm Beach County is the Spring Training Capital of Florida

Palm Beach County is the Major League Baseball (MLB) Spring Training capital of Florida and will be home to four (4) of the 15 teams that compete in Florida’s Grapefruit League. During the MLB spring training baseball season, the World Series Champion Houston Astros and the Washington Nationals will occupy The Ballpark of the Palm Beaches in West Palm Beach while the Miami Marlins and the St. Louis Cardinals will play baseball at Roger Dean Chevrolet Stadium in Jupiter.

The Ballpark of the Palm Beaches will open its second spring training season when the Houston Astros begin the defense of their world title against the Washington Nationals on February 23rd. After the Astros and Nationals open their stadium, both teams will welcome a variety of contenders during the 2018 spring training season, these teams include the Boston Red Sox, Detroit Tigers, New York Mets, and St. Louis Cardinals. Roger Dean Chevrolet Stadium also swings into action with its very own St. Louis Cardinals and Miami Marlins playing on opening day, February 23rd. Perennial baseball powers, such as the New York Yankees, Boston Red Sox, Washington Nationals, and the World Champion Houston Astros will play at Roger Dean Chevrolet Stadium during the upcoming spring training season.

The annual tradition of Spring Training began in 1888 when the Washington Statesmen traveled to Jacksonville to work out in the "off-season." Since that time, the "off-season" workouts evolved into one of the greatest traditions and spectacles for sports in the United States. 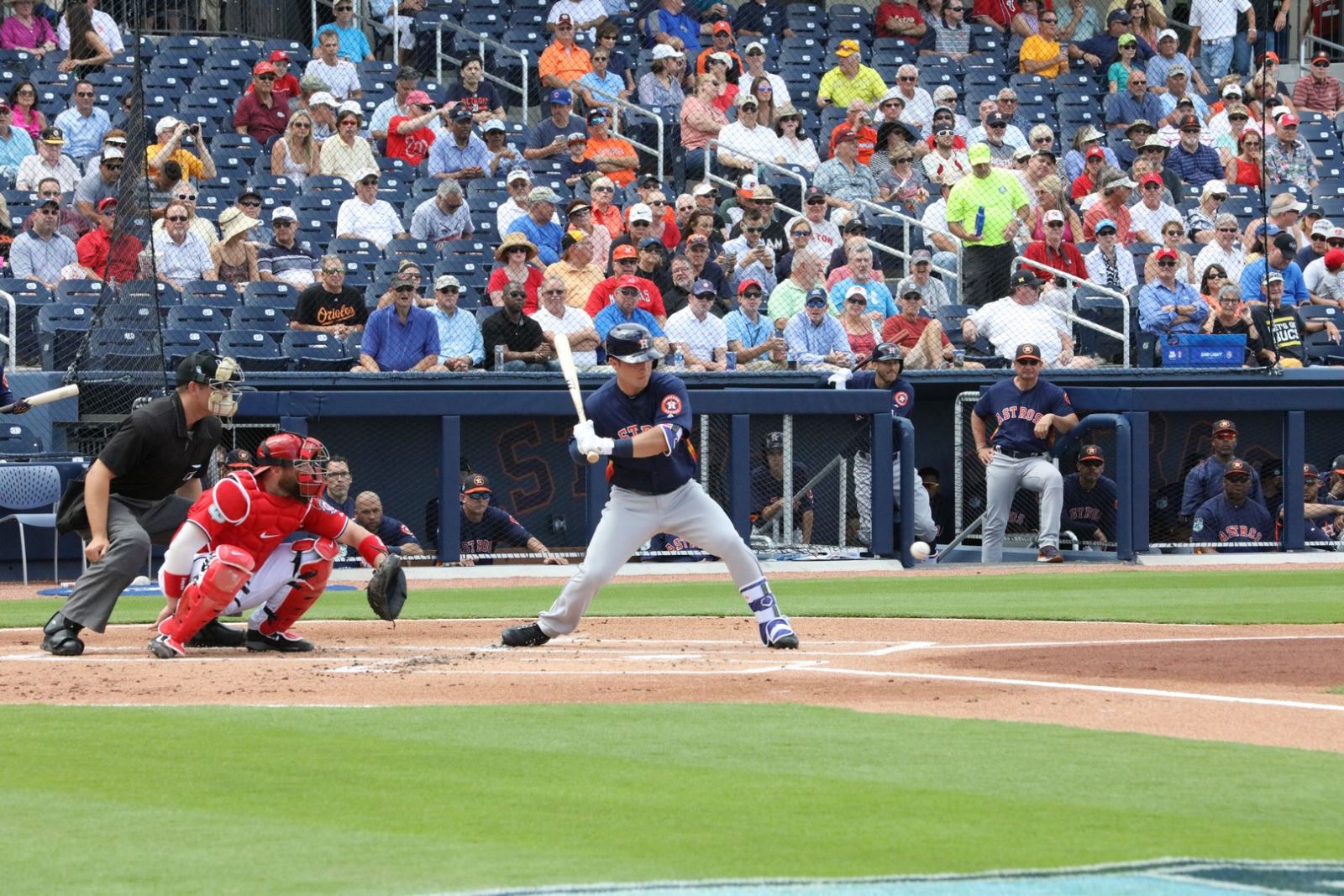 Bernhard Langer and John Daly – the most dominant and perhaps the most popular players on the PGA TOUR Champions, respectively – have committed to play in the Boca Raton Championship presented by Sallyport at Broken Sound on Feb. 5-11.

Langer, a Hall of Famer from Boca Raton who serves as the unofficial host of the tournament, won a career-best seven times in 2017, including three majors, to earn his fourth consecutive Jack Nicklaus Award, given annually to the Player of the Year. The 60-year-old Langer has led the tour in earnings in nine of his 10 full seasons on the 50-and-older circuit and is second in career wins (36) to Hale Irwin’s 45.

"This has always been one of my favorite weeks of the year," said Langer, who won the Boca Raton Championship in 2010 when he made eagle from a greenside bunker to beat John Cook in a playoff.

"To have my family and friends come out to see me play is not something I take lightly. It’s a great tournament and the players love playing at Broken Sound."

Daly, who rose from obscurity as the ninth alternate to win the 1991 PGA Championship, has one of the most loyal fan bases in golf. The two-time major champion broke a 13-year victory drought when he won the Insperity Championship last May. Daly added two more top-10 finishes last year to earn more than $800,000 despite having to withdraw from two events late in the season with a knee injury. He made his debut at Broken Sound last year, drawing large galleries.

"It always feels great to win," Daly said. "It was probably the most I have been hurt in a year, starting with my shoulder and then with my knee. To finish the way I did – 14th on the Charles Schwab Cup standings – was pretty neat."

"Year-after-year the field for the Boca Raton Championship, consistently stacks up as one of the best during the season," said Carbone. "We are thrilled to bring these high caliber players to the Palm Beaches and put on this exciting tournament in Boca Raton." Langer and Daly join a list of commitments that already includes defending champion Scott McCarron, reigning Charles Schwab Cup champion Kevin Sutherland and international stars Colin Montgomerie of Scotland and Miguel Angel Jimenez of Spain.

The Boca Raton Championship presented by Sallyport has an estimated annual economic impact of almost $20 million for Boca Raton and the Palm Beaches and has raised more than $1 million for the Boca Raton Regional Hospital Foundation. 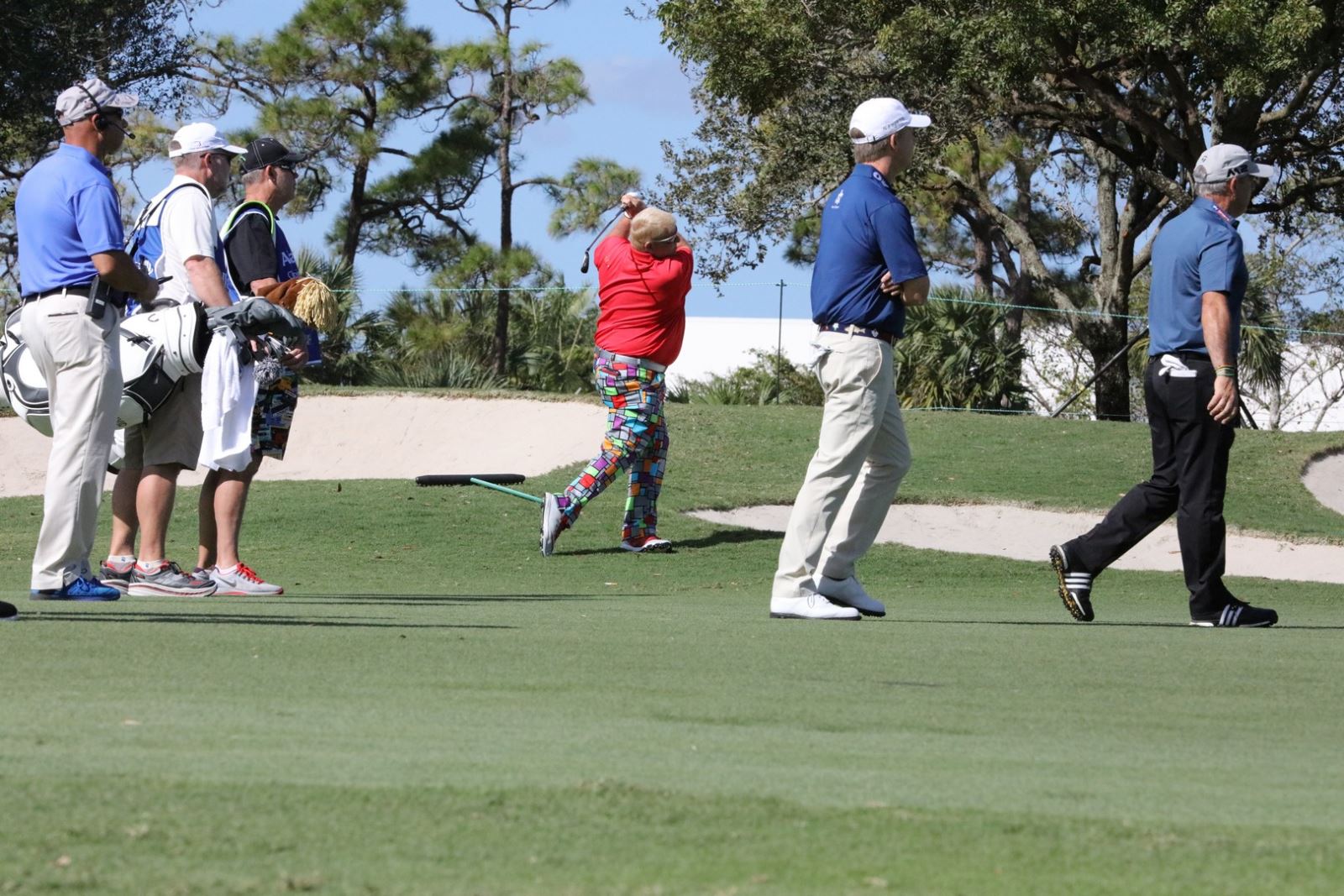 The Honda Classic Tees Off in
Palm Beach County

The Honda Classic has compiled one of the best fields of pro golfers outside of the four golf majors in the world this year. This year, the tournament will feature legends such as Rory McIlroy, Justin Thomas, Daniel Berger, Rory Sabbatini, Adam Scott, and more.

The Honda Classic is one of Palm Beach County’s marquee sporting events. In 2017, this event attracted 203,815 confirmed spectators over seven days between the Monday Pro-Am and Sunday’s final round, a slight increase over the 202,128 that attended in 2016. The modern-day attendance dwarfs the number of fans (83,500) who attended The Honda Classic in 2007 when it moved to PGA National Resort & Spa. The tournament broke the 100,000 barrier in 2010.

"Combined with our entertainment elements, like after-play concerts that included Kenny G on Thursday night, and Tire Kingdom fireworks shows on Friday and Saturday nights, we truly had something for everybody", Honda Classic Executive Director Kenneth R. Kennerly said. People enjoy coming out to the tournament and they have a great time once they are here. We look forward to more great tournaments in the years to come and continuing to grow upon the impact that we make in this community through our Honda Classic Cares initiative and our charitable giving."

While The Honda Classic strives to provide Palm Beach County with a premier professional sporting event, the ultimate goal is to positively impact youth in need through charitable endeavors. The Honda Classic is awarding a record $3.63 million to 133 local organizations which benefit children, which is a 13% more than was distributed in 2016. The $3.63 million being awarded to charity this year includes a second-consecutive individual grant of $1 million to the Nicklaus Children’s Health Care Foundation. The lives of more than 32,000 kids and their families in the local community will be

positively impacted this year by the charitable rewards of The Honda Classic. The Honda Classic makes an impact regionally, nationally, and internationally. The tournament provides PGA TOUR excitement to incoming visitors and Palm Beach County residents alike. Fans, media, sponsors, and the players generate nearly 8,000 nightly hotel bookings and pump roughly $45 million into the local economy. Palm Beach County is showcased world-wide as The Honda Classic is televised live on Golf Channel and NBC and is internationally distributed to 250 countries, with a potential reach that exceeds 800 million households. 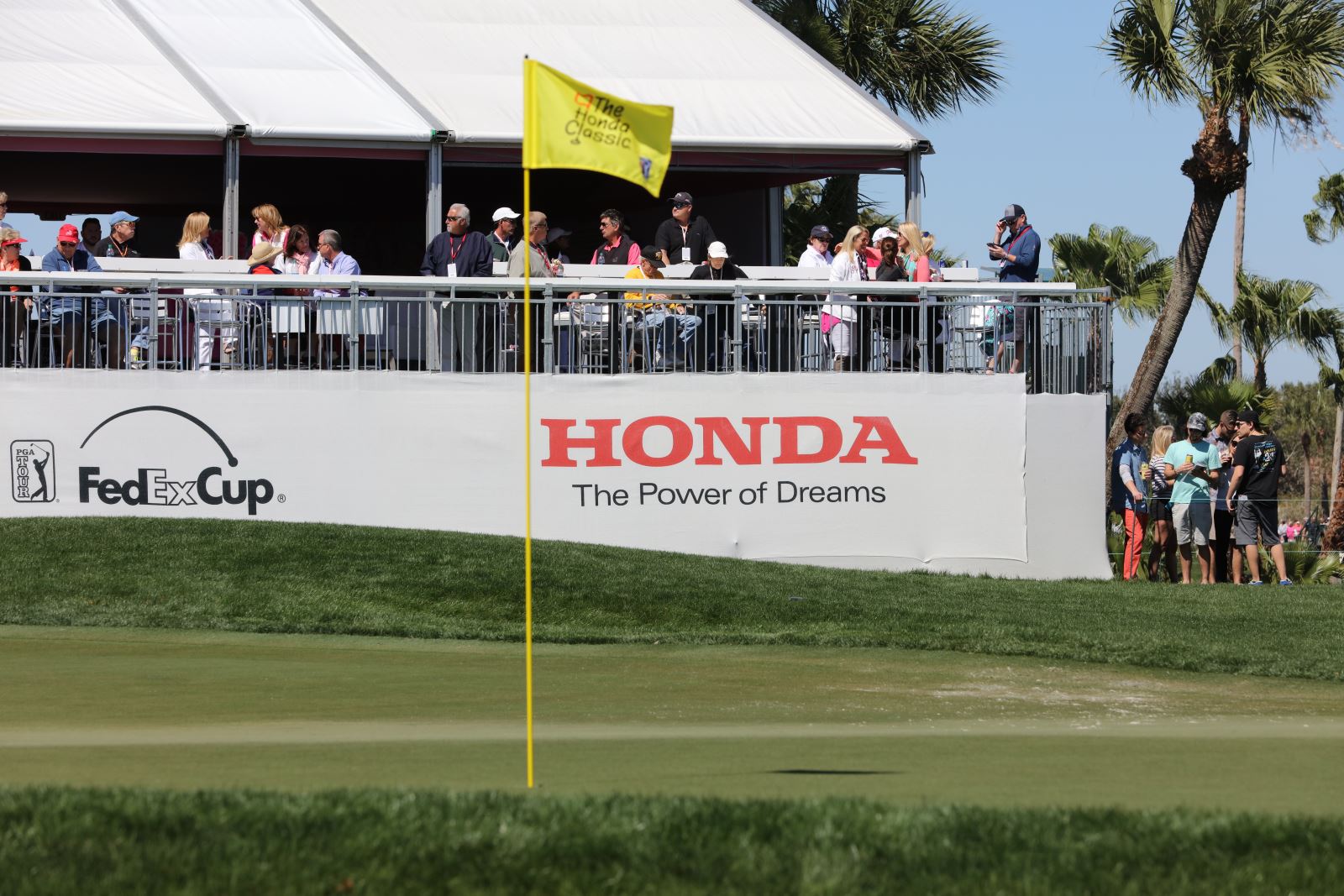 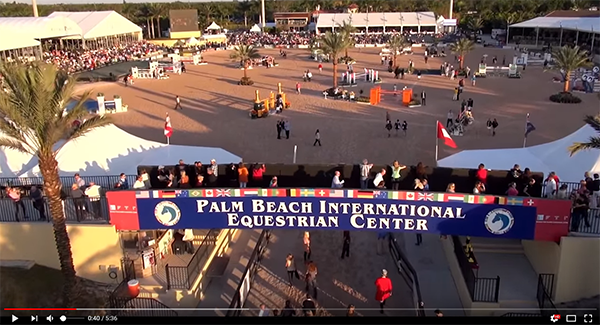 The Palm Beaches TV offers streaming content 24/7 featuring the best destinations, attractions and experiences in Palm Beach County. It is the first ever Palm Beach County Tourist Development Council channel that connects visitors and locals to what they can do, see and explore in The Palm Beaches. Check out the sizzle reel below! 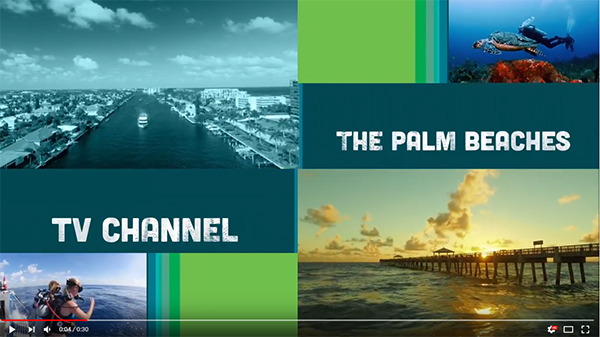