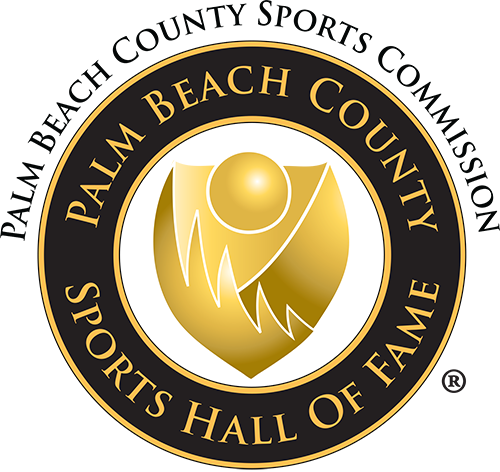 Jacoby Brissett was a star football and basketball player at Dwyer High School and was named the Lou Graza High School Football Player of the Year in 2010. He led his teams to state championships in football and basketball and was rated one of the Nation's best high school players in both sports. Jacoby played quarterback at the University of Florida and North Carolina State University. In 2016, Brissett was drafted in the third round by the New England Patriots, where his team won the Super Bowl. The next year he was traded to the Indianapolis Colts, where he is currently the starting quarterback. In the off-season, he continues to devote his time to assist and mentor kids in the Palm Beach County community.

Taffy Brower is a legendary golfer who has collected more than 35 major trophies in a variety of formats. Among the major victories for the long-time Boynton Beach resident, there are 7 Palm Beach County Women’s Amateur titles, 6 Tri-County Women’s Championships (Palm Beach, Broward and Miami-Dade), and 4 in both the Florida Women’s State Match Play Championship and the West Palm Beach Women’s City Championship. She has also won the Women’s Southern Seniors (50-and-older) and the Women’s Southern Super Seniors (70-and-older) 3 times apiece. Among Brower’s additional chief accomplishments are being selected 17 times for the prestigious Florida-Georgia team matches as well as qualifying for more than 50 USGA Championships, winning the inaugural Women’s Four-Ball in 2015. In 2004, Brower earned the first Florida Women’s State Golf Association Player-of-the-Year award, anchored by winning both the Southern Amateur and Southern Senior Amateur titles that year. She was inducted into the Florida State Golf Association Hall of Fame in 2014. She also captured top honors in the Florida Women’s State Stroke Play Championship and the prestigious Doherty Women’s Amateur (Fort Lauderdale) two times apiece. Off the course, Brower helped run the Palm Beach County Women’s County Amateur for 20 years, keeping it alive and thriving, and was a member of the Board of Directors for the Wayside House, a women’s addiction treatment center in Delray Beach, for two decades.

Fred Harkness is a native of Murrysville, PA and later played baseball at, and graduated from, Clarion, PA., University. Harkness became a PGA of America member in 1975, played on the PGA Tour in 1977 and later became the Head professional and director of golf at Jonathan’s Landing Golf Course. He is a complete PGA professional as a player, teacher and administrator. Students include tour winners Marc Turnesa, PGA Tour and Heather Daly-Donofrio, LPGA. Harkness is a South Florida PGA Section and Southeast Chapter award winner, Golf Digest top 50 instructors in Florida, served as director for Jupiter Hospital Foundation and PGA Credit Union.

Nick O’Leary is an American football tight end for the Miami Dolphins. He attended Dwyer High School in Palm Beach Gardens, FL, where he played football and lacrosse and won state titles in both sports. During his senior football season, he was considered a four-star recruit by Rivals.com and listed as the top-ranked tight end recruit in his class. He played college football at Florida State and as a true freshman, O'Leary played in all 13 games with two starts. After considering entering the 2014 NFL Draft, O'Leary returned to Florida State for his senior season. During his senior season, he set Florida State’s record for career receptions as a tight end and won the John Mackey Award. He was also named a consensus All-American. After college, O'Leary was drafted by the Buffalo Bills in the sixth round (194th overall) of the 2015 NFL Draft. O'Leary was released by the Bills but then signed to the Miami Dolphins' practice squad and was promoted to the active roster. He scored his first touchdown with the Dolphins in Week 6 against the Bears on a five-yard pass from Brock Osweiler. O'Leary signed a one-year contract extension with the Dolphins through the 2019 season. O'Leary's maternal grandfather is golfing legend Jack Nicklaus.

Mike Perez is the head of both the men’s and women’s tennis program at Lynn University. With seven national championships under his belt, he has shown consistency in not only producing champions on the tennis courts but also in the classroom. He coached 73 All-Americans on the men’s side and 113 on the women’s side, while leading both teams to academic success season after season.  Perez's tennis programs have become synonymous with success, notching his 1,000th career victory in 2016. Boasting an overall record of 1,056-274 (.794), Perez has notched 597 victories with the women and 459 on the men's side.

Jarrod Saltalamacchia was born in West Palm Beach, FL and attended Royal Palm Beach High School. He was a standout baseball player and was a member of Team Florida USA and won Gold with the team in the 2001 Junior Olympics. Salty was selected by the Atlanta Braves in the first round of the Major League Baseball Draft in 2003. He played with the Atlanta Braves, Texas Rangers, Boston Red Socks, Miami Marlins, Arizona Diamondbacks, Detroit Tigers, Toronto Blue Jays and has a World Series ring with the Boston Red Socks. He retired in 2018 and is now the head baseball coach at Kings Academy.