The Palm Beach International Equestrian Center (PBIEC) and Equestrian Sport Productions, LLC (ESP) have begun preparations for what is expected to be one of the most expansive Winter Equestrian Festival (WEF) seasons yet, welcoming top equestrian athletes from around the globe to the venue from Wednesday, January 10, through Sunday, April 1. The 2018 WEF will feature 12 consecutive weeks of elite equestrian competition, hosting eleven FEI weeks and four CSI 5* competitions.

The Winter Equestrian Festival has been the pinnacle of equine competition in The Palm Beaches for more than four decades, welcoming enthusiasts and athletes annually to contest one of the most competitive shows in the world. This year’s circuit will offer more than $9 million in prize money throughout the duration of the season and will feature many of the world’s top internationally ranked riders including reigning World #1 Kent Farrington (USA), #2 Mclain Ward (USA), and #8 Eric Lamaze (CAN), who all call Wellington, FL, home during the winter months.

“We look forward to delivering another amazing season in 2018, with bigger classes, more prize money, and incredible sponsors, as we host the most talented riders in the world,” said Mark Bellissimo, CEO of Equestrian Sport Productions and managing partner of the Wellington Equestrian Partners (WEP). “We are proud to continue organizing the sport’s largest equestrian competition and look forward to making this year one of the best WEF seasons yet.”

The Palm Beach International Equestrian Center, home of WEF, is open to the public and offers free general admission throughout the season to all events. Competition each week begins on Wednesday morning and continues through Sunday afternoon. The highlight “Saturday Night Lights” competitions, featuring major international Grand Prix competition under the lights in the iconic International Ring, will begin at 7:00 p.m. each Saturday of the circuit. Gates open at 6:00 p.m. for spectators and fans and include carousel rides, face painting, family entertainment and more. 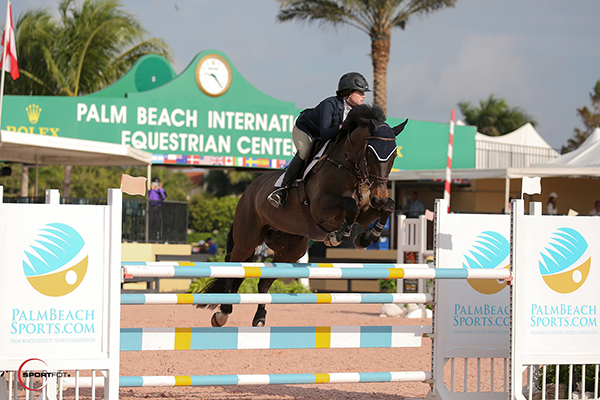 On December 19th, the Cheribundi Tart Cherry Boca Raton Bowl kicked off at FAU Stadium for the fourth consecutive year. Palm Beach County is one of only 36 privileged communities throughout the United States that hosts a NCAA Football Bowl Subdivision (FBS)-sanctioned bowl game.  The 2017 game featured the University of Akron from The Mid-American Conference and Florida Atlantic University from Conference USA.  Florida Atlantic University won the Conference USA Championship, which brought the Boca Raton Bowl its fourth conference champion since its inception.   The Boca Raton Bowl has developed an impressive resume in a short period of time.

The 2017 the Cheribundi Tart Cherry Boca Raton Bowl featured a great matchup. Akron football finished the regular season 7-6 overall and 6-3 in the MAC under sixth-year head coach Terry Bowden. Senior quarterback Thomas Woodson led the Zips on offense along with senior wide receiver Tra’von Chapman. FAU finished the season 10-3 overall and a perfect 8-0 in the conference under head coach Lane Kiffin. FAU’s strong offense ranked tenth in the nation in scoring offense behind the nation’s leading scorer in running back Devin “Motor” Singletary going into the game.

In addition to the excitement of college football, the Cheribundi Tart Cherry Boca Raton Bowl provided a surge of economic and media benefits. The buzz and national attention for the Boca Raton Bowl was robust due to the incredible success of the participating teams. The game generated tremendous exposure for The Palm Beaches during the three-hour live broadcast on ESPN.  Tourism is the foundation of a bowl game.  Thousands of alumni, students, and football enthusiasts traveled to Palm Beach County to experience the thrills of post-season college football.  Total paid attendance was reported at 25,912.  The influx of visitors provided an enormous boost to Palm Beach County’s economy by filling hotel rooms and generating significant revenues for restaurants, attractions, retail outlets, and the local business community.

In addition to the game, the Boca Raton Bowl engaged communities across The Palm Beaches.  Welcome parties and pep rallies were hosted in West Palm Beach, Delray Beach, and Boca Raton.  The City of Lake Worth hosted a beach party for the athletes, coaches, and their families. The Palm Beach County Convention Center was home to the Boca Raton Bowl Luncheon, which attracted over 600 attendees, including the participating teams, sponsors, and community representatives.  The teams held their practices at the Oxbridge Academy in West Palm Beach and at Florida Atlantic University in Boca Raton.  The enthusiasm and impact were felt countywide.

The Boca Raton Bowl capped a record-breaking year for sports tourism in Palm Beach County.  The momentum has our community already excited for the 2018 edition. 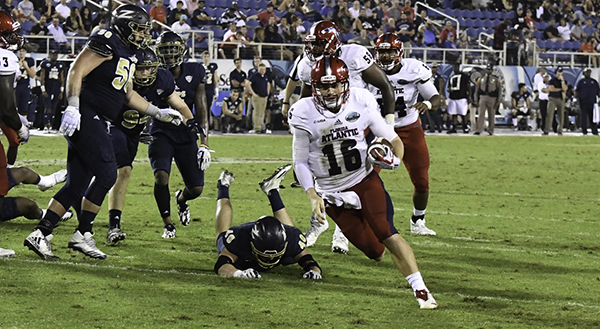 The Palm Beach County Sports Commission partnered with USA Field Hockey to host the National Hockey Festival over Thanksgiving weekend, from November 23-25, 2017, at the International Polo Club in Wellington.  The National Hockey Festival is the world’s largest field hockey tournament and one of the largest amateur sports events that takes place annually in the United States.

Nearly 200 teams, consisting of approximately 4,000 athletes from the United States, Canada, Europe, and the Caribbean traveled to Palm Beach County to compete in this one-of-a-kind event. The participating teams contended for titles in women’s and men’s divisions, including women’s age groups (Under 12, Under 14, Under 16, and Under 19), boy’s age group (Under 12), and women’s open and mixed (adult).

The Palm Beach County Sports Commission has enjoyed a longstanding partnership with USA Field Hockey.  The Palm Beaches has been home to the National Hockey Festival on ten (10) previous occasions (most recently in 2016) and is the only Florida destination to host this event.

The International Polo Club is a remarkable venue that maintains 248 acres of land, consisting of nine (9) polo fields. The venue was a key component in the successful bid to host the National Hockey Festival. A total of five (5) polo fields were utilized to layout nearly 30 field hockey pitches.

The National Hockey Festival provided a dramatic tourism impact.  All of the participating teams traveled from outside of Florida to compete at this event.  Over 40 hotels were assembled, from Jupiter to Boca Raton, in order to accommodate the visitation created by the athletes, coaches, and spectators of the National Hockey Festival. Over 11,000 room nights and $8 million of direct visitor spending was generated.

The National Hockey Festival origins date back to 1922. The event features the most talented field hockey athletes in the world, including future Olympians.   Today, over 25,000 athletes, coaches, officials and fans comprise the membership of USA Field Hockey, making it one of the most successful National Governing Bodies in the United States. 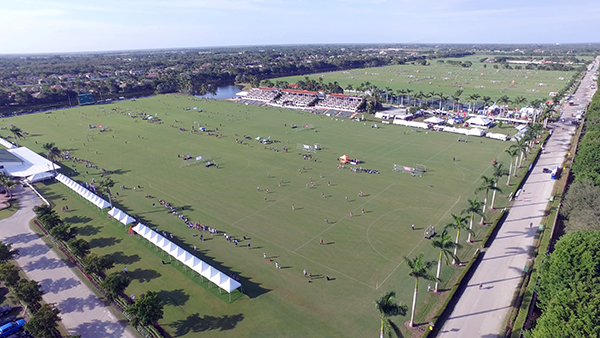 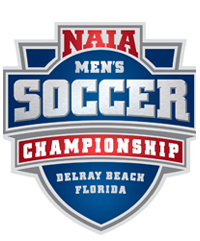 The Palm Beaches Crown A National Champion In Soccer

Wayland Baptist of Texas claimed its first national championship in school history by defeating third ranked Missouri Valley 1-0 with the only goal in double overtime. In order to make the tournament, 32 teams competed in qualifying (opening round) games held on campus at participating schools.  These 32 teams are comprised of 24 automatic qualifiers awarded to conference/independent and regular-season champions, and eight at-large teams selected by the NAIA Men’s Soccer Modified Ratings Percentage Index.  The 16 winning teams in the qualifiers advance to Palm Beach County as the National Championship host site.

The NAIA Men’s Soccer National Championship created a significant tourism impact to Palm Beach County.  The 16 teams brought over 480 soccer players and coaches along with thousands of students, alumni, and soccer enthusiasts from across the nation.  Over 1,500 room nights have been tracked and more than $1 million in direct visitor spending was generated.

Hosting the NAIA Men’s Soccer National Championship is an historic occasion for The Palm Beaches.  Very few destinations have the privileged of hosting a national championship. 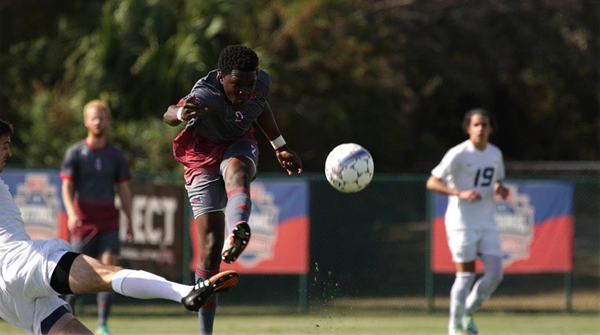 Check out the hightlights below from the 2017 NBBA World Series of Beep Baseball which took place at Village Park, in Wellington, FL. 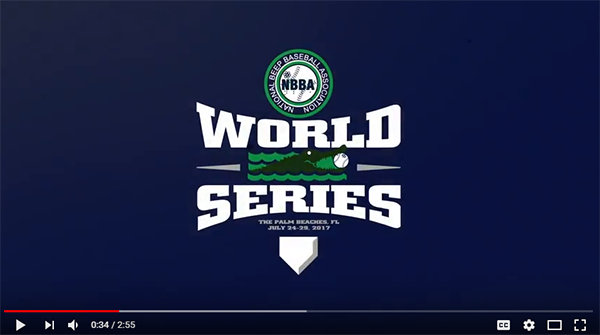