Palm Beach County will be home to one of the largest and most prestigious youth soccer events that takes place in the United States.  The American Youth Soccer Organization (AYSO) will partner with the Palm Beach County Sports Commission to host the AYSO National Games at the International Polo Club from July 4-10, 2016.

A total of 240 soccer teams are invited to participate in the AYSO National Games, which is held every other year.  The 240 teams will bring over 4,500 athletes and 10,000 total visitors to the Palm Beaches, making this one of the largest youth soccer events in the United States.  The participating teams will contend for titles in boy’s and girl’s divisions, featuring a variety of age groups (Under 10 to Under 19).   Over 1,200 soccer games will take place during the 2016 AYSO National Games, creating an unrivaled level of competition that takes place during a single event.

“We are very excited to see the AYSO National Games return to Palm Beach County for 2016,” said AYSO National President Mark Stewart. “The International Polo Club converts into one of the most stunning soccer facilities imaginable with over 30 soccer fields side by side on pristine natural grass. We expect the National Games to be an important economic contributor to Palm Beach County and a tremendous event for thousands of AYSO soccer players from across the United States. We know it will be an amazing experience for all.”

The International Polo Club is a remarkable venue that maintains over 300 acres of land, consisting of nine (9) polo fields. The venue was a key ingredient in Palm Beach County’s successful bid. This venue will allow for a layout that showcases more than 30 contiguous soccer fields.  The partnership with the International Polo Club provides a competitive advantage for Palm Beach County in regards to pursuing and hosting major national and international sports events.

The AYSO National Games is much more than just a soccer tournament.   AYSO will host a variety of youth events, celebrations, and festivals throughout Palm Beach County.  Unique to the AYSO National Games is SoccerFest.  At SoccerFest, all of the players are shuffled into new teams according to age level and play in a series of friendly games, giving everyone a chance to get to know each other before they take the field and start the “official” competition.

Very few communities have the privilege and ability to host the AYSO National Games, which transforms destinations into a soccer hub.  The AYSO National Games provides enormous tourism benefits for host communities.  This event will generate over 10,000 hotel room nights and more than $7 million in direct visitor spending for Palm Beach County, which will significantly impact hotel occupancy levels, bed tax revenues, and economic impact during the month of July.   Soccer athletes, coaches, and spectators will be filling hotels and spending money countywide.

The American Youth Soccer Organization is one of the most admired associations promoting soccer in the United States.  AYSO was established in 1964 with nine teams and is the oldest national youth soccer organization in the U.S. Today, AYSO consists of more than 50,000 teams and over 500,000 players. Over the years, AYSO has created many valuable programs and concepts. Most notably, AYSO revolutionized youth sports with its “Everyone Plays®” and “Balanced Teams” philosophies. In AYSO, each child who registers is guaranteed to play at least half of every game.

AYSO Section 14 Director, Richard Schwartz, stated, “The AYSO National Games is a week-long celebration that brings together AYSO players, volunteers and parents from across our country. Over 4,500 players and approximately 10,000 individuals will be converging on Palm Beach County during the tournament week. This is a great way to show off what Florida and more specifically, Palm Beach County, has to offer. The economic boom that this creates for businesses in Palm Beach County is immeasurable. We look forward to working with the Palm Beach Sports Commission in making this the best National Games ever.”

The Optimist International Junior Golf Championships will return to PGA National Resort & Spa in Palm Beach Gardens on July 20 through August 4, 2016. This is one of the largest and most prestigious junior golf tournaments in the world, which features boys and girls competing in a variety of age groups.  Over 750 golfers from more than 30 different nations will travel to Palm Beach County to participate.

No other junior golf tournament quite compares to that of the Optimist International Junior Golf Championships, which focuses on fair competition and cultural understanding among youth. This unique tournament offers as broad a field and expanded age groups as any other in its class.

Since 1978, Optimist-sponsored golf tournaments have served as a springboard for many of golf’s greatest players. Phil Mickelson, Ernie Els, Davis Love III, Tiger Woods, Michelle McGann and Nancy Lopez are just a few of today’s elite players who found their humble beginnings with the Optimists.

This is one of the largest tourism drivers for the summer.   The 2016 Optimist International Junior Golf Championships is expected to generate over $2 million of total economic impact for Palm Beach County in addition to nearly 4,000 hotel room nights.  There is no other junior golf tournament in the world that stimulates bed tax revenues and direct spending over a two-week stretch, such as the Optimist’s premier event.

Florida Atlantic University’s College of Business MBA in Sport Management program is among the best in the world and first in Florida, according to the latest rankings from SportBusiness International.The program was ranked third out of more than 600 graduate-level programs worldwide. SportBusiness International’s Postgraduate Sports Course Rankings, which compiled the rankings, is the only internationally recognized annual review of the world’s top university-level sports management courses.

This marks the fourth consecutive year FAU’s sport management MBA program has been ranked in the top 10 in the world. Launched in 2000, FAU’s program is recognized for its intensive industry-based curriculum, which requires industry-related employment of all students from day one to graduation. In addition, all faculty members have significant experience in the field of sport management. 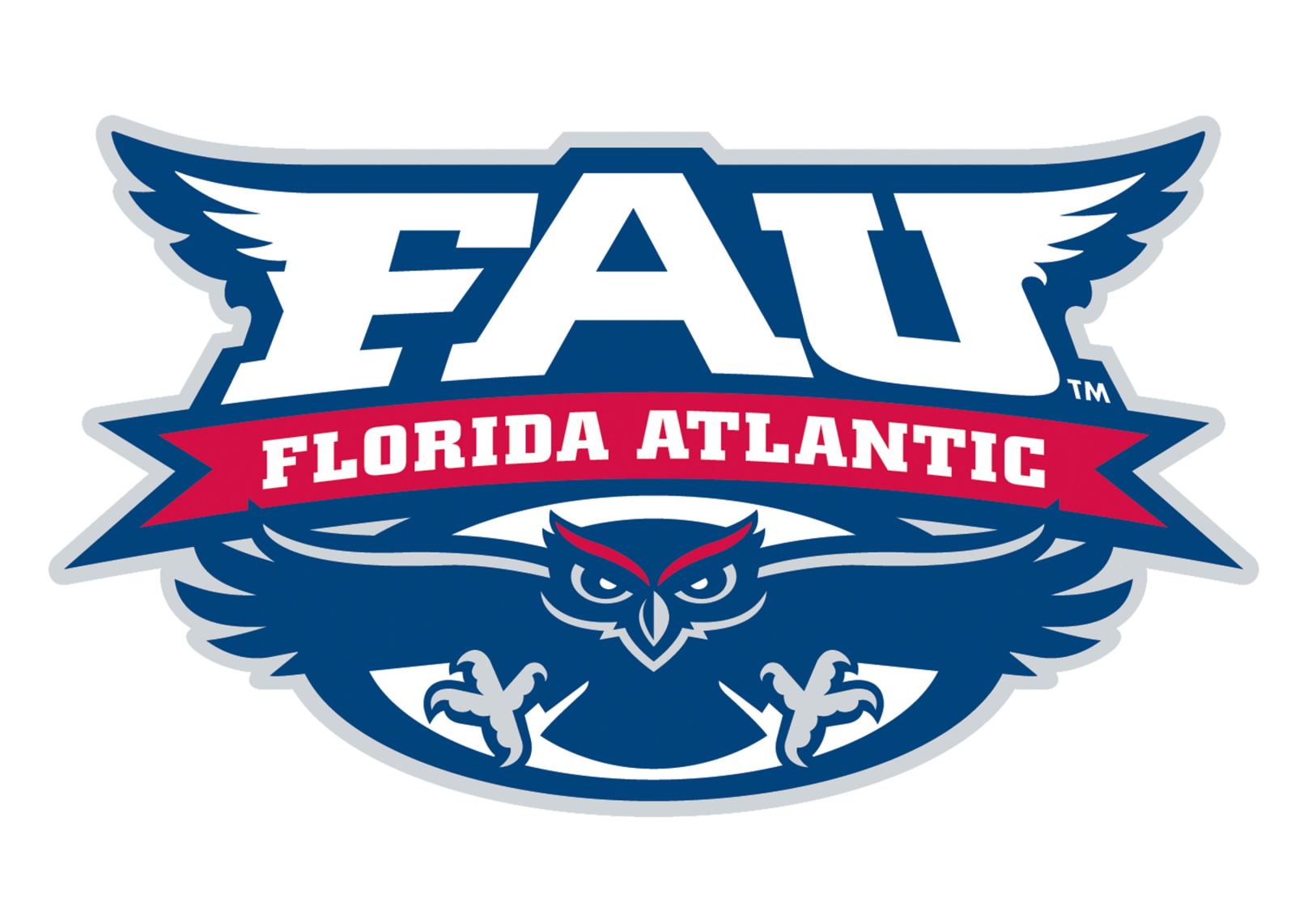 “When I look at the Top 25 list and see the programs that we are in the same company with, I find it amazing to see how far we as a program have come in 16 years,” said James Riordan, Ph.D., director of FAU’s MBA in Sport Management.  “I’m very proud of our alumni who perform at the highest standard each and every day, thus increasing the value of the degree they earned here at FAU.”  The leading magazine covering the global industry of sport, London-based SportBusiness International, launched its postgraduate sports course rankings of the world’s top sports management courses in 2012. Only postgraduate-level courses that are 100 percent related to the business and administration of sport, and have been running for at least three consecutive years, are considered.

FAU sport management alumni have gone on to have careers with the major sports enterprises, such as members of the United States Olympic Committee,  National Football League, Major League Baseball, National Hockey League, and countless other prominent sports organizations.  The executive director for the Palm Beach County Sports Commission, George Linley, is also a graduate from this program.   The sport management program is the first Florida-based program accredited by the Association to Advance Collegiate Schools of Business (AACSB International) and the second sport management program to be AACSB-accredited in the nation.  “To receive our highest program ranking ever in the same year that we became part of FAU’s renowned Executive Programs is especially pleasing,” Riordan said. “I am so grateful for the fine and unyielding efforts that the team of Executive Programs has afforded FAU MBASport.”

The USTA  Boys 16’s & 18’s National Clay Court Championships will take place from July 17-24 at the Delray Beach Tennis Center, Delray Swim & Tennis Club, Broken Sound Country Club, Boca West Country Club, and Woodfield Country Club.  The draw consists of 192 participants per age groups (384 total players). These athletes are the highest ranked players in the United States. Over 100 collegiate tennis coaches will be in attendance to scout the robust talent of high school tennis players that will be competing. The USTA will award the 18’s Singles Champion a wildcard entry at the US Open Juniors in addition to a  wildcard spot in the  Delray Beach Open,  which is an ATP World Tour event . The 16’s Singles Champion will receive a wildcard entry at a USTA Men’s Futures Event.

The USTA Girls National 12’s Clay Court Championships will take place from July 17-23 at the Polo Club in Boca Raton.  The field consists of 128 players in a modified compass singles draw and in a 64 single elimination doubles draw. These 12 and under girls begin their journey in January by competing in state, regional, and national tournaments to qualify for this prestigious national championship. This event is one of four national championships held in the United States for this age division.

In addition to experiencing exhilarating tennis action, Palm Beach County will be a recipient of widespread economic benefits.  The youth tennis players and their families will fill over 2,000 hotel room nights and generate over $1.5 million in visitor spending.  For more information on summer sporting events taking place in Palm Beach County, visit www.palmbeachsports.com