The National Beep Baseball Association (NBBA) will bring its World Series to The Palm Beaches this summer. The World Series of Beep Baseball offers individuals who are blind or visually impaired an opportunity to compete for a baseball championship. The NBBA World Series is one of the most admired sports events for athletes with physical challenges.

The NBBA World Series of Beep Baseball will make its Palm Beach County debut on July 24-29 2017.  The games will be played at Village Park in Wellington. The Hilton West Palm Beach will serve as the host hotel and site of the awards banquet.  A total of 22 teams, consisting of more than 500 athletes, will travel from across the United States, Canada, Taiwan, and the Dominican Republic in pursuit of a world championship.   More than 500 beep baseball players will compete.

During the World Series of Beep Baseball, teams first compete in grouped round robin play to determine seeding. The World Series continues as a double elimination tournament to determine the champion. Under this format, teams are guaranteed a minimum of five (5) games, with most teams playing an average of eight (8) games.

Beep Baseball originated in 1964, when Charlie Fairbanks, an engineer with a telephone company, implanted a beeping device in a softball as a way of encouraging blind athletes to become involved in recreational activities. Eleven years later, Beep Baseball enthusiasts formed the National Beep Baseball Association (NBBA) in Chicago, and ever since, the league has played a full schedule of games that begins in the spring and ends in late July or early August.

The World Series of Beep Baseball will provide a considerable tourism boost to Palm Beach County.   The abundance of new dollars and rise in hotel occupancy will be welcomed by the hospitality and business community.  Hotels and restaurants will experience a surge of business during the prime of the shoulder season in late July and early August.

“Beep Baseball empowers individuals to learn about being part of a team, how to build a team, becoming physically fit, increasing self-confidence and competing against others across the United States, Canada, and Taiwan annually, for the honor of being champion," says Dan Greene, President of the NBBA.

Beep Baseball has many distinctions from the traditional format of baseball.  Below is a quick summary of these differences: 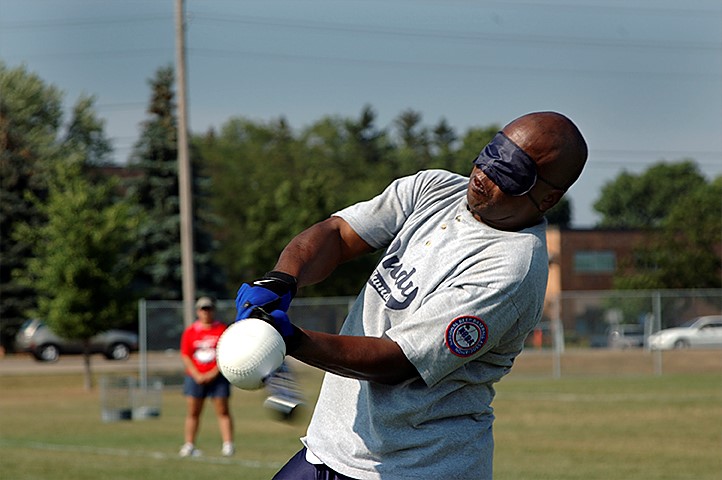 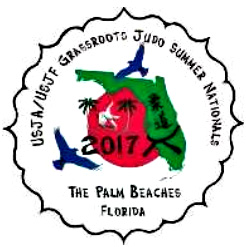 The Palm Beach County Sports Commission is partnering with the Tomodachi Judo Club to host the United States Judo Association (USJA) / United States Judo Federation (USJF) Grassroots Judo Nationals, which is scheduled to take place on July 6-9, 2017 at the Palm Beach County Convention Center.  The USJA Grassroots Judo Nationals is one of the larger national judo events taking place annually in the United States.  Over 600 male and female athletes will compete in a variety of age divisions (youth and adults), skill levels (white belt to black belt), and weight classes.  Athletes will travel from across the nation and the globe to participate.

The event features both a Shiai and Kata competition.  Shiai is a contest between two competitors to determine a winner of a match.  The Kata competition allows competitors to demonstrate their form and ability to conduct formal exercises comprising of a fixed sequence of basic self-defense and attacking techniques.  Competitors of all ages will compete.  Youth divisions include age groups that range from 5 years of age to 17 years of age.  Adult divisions range from 18 years of age to seniors.

The USJA / USJF Grassroots Judo Nationals invites competitors that are members of the United States Judo Association (USJA), the United States Judo Federation (USJF), and USA Judo.  These three entities are the leading organizations for promoting Judo and Judo hosting clinics and tournaments.  The USJA and USJF are affiliated with USA Judo, the national governing body for the sport.

The USJA / USJF Grassroots Judo Nationals has a storied history and previously occurred in locations throughout all parts on the United States.  The event most recently took place in Los Angeles during the summer of 2016, Indianapolis in 2015, and Hawaii in 2014.

The USJA / USJF Grassroots Judo Nationals will create a significant tourism impact during Palm Beach County’s shoulder season.  The athletes and their families will produce a high volume of hotel room nights and considerable levels of visitor spending for the local community. 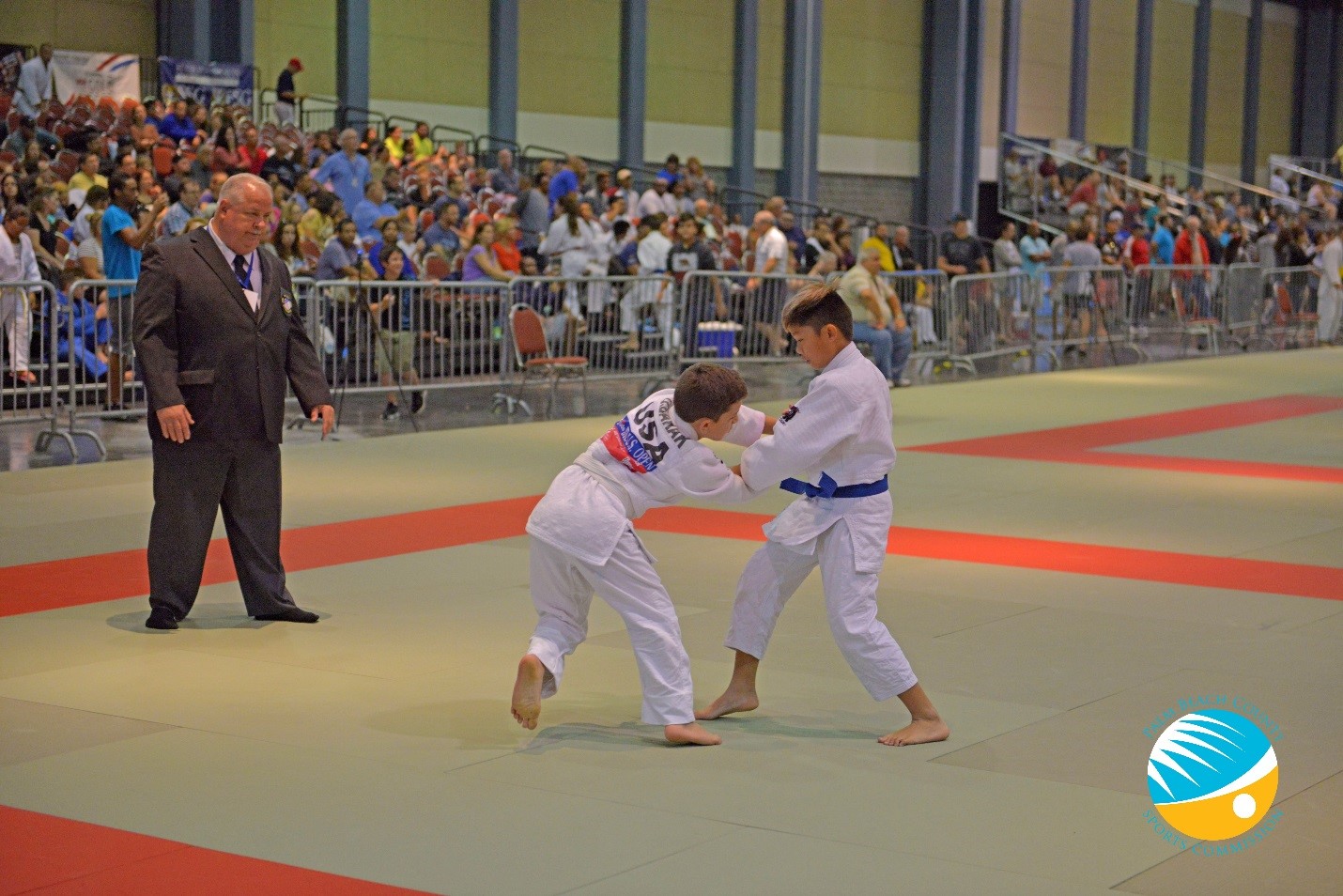 The Optimist International Junior Golf Championships will return to PGA National Resort & Spa in Palm Beach Gardens on July 18 through August 2, 2017. This is one of the largest and most prestigious junior golf tournaments in the world, which features boys and girls competing in a variety of age groups.  Over 600 golfers from more than 30 different nations will travel to Palm Beach County to participate in this two-week event.  This tournament will take place on three courses on the property of PGA National Resort & Spa.  The prestigious Champions Course in addition to the dynamic Squire and Fazio courses will host the many rounds of golf that makes up the Optimist International Junior Golf Championships.

No other junior golf tournament quite compares to that of the Optimist International Junior Golf Championships, which focuses on fair competition and cultural understanding among youth. This unique tournament offers as broad a field and expanded age groups as any other in its class.

This is one of the largest tourism generators for the summer.   The 2017 Optimist International Junior Golf Championships is expected to generate over $2 million of total economic impact for Palm Beach County in addition to nearly 4,000 hotel room nights.  There is no other junior golf tournament in the world that stimulates bed tax revenues and direct spending over a two-week stretch, such as the Optimist’s premier event. 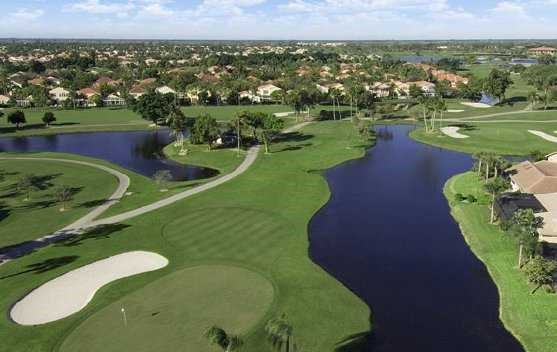 Florida’s only Major League Baseball (MLB) Spring Training Complexes that accommodates two (2) teams reside in The Palm Beaches. The Ballpark of the Palm Beaches, which is home to the Houston Astros and the Washington Nationals for spring training, is located in West Palm Beach and in the midst of its inaugural year.  Roger Dean Stadium, which is home to the St. Louis Cardinals and the Miami Marlins for spring training, is located in Jupiter.   The Ballpark of the Palm Beaches and Roger Dean Stadium offers two marquee baseball stadiums and 26 total diamonds, which has transformed The Palm Beaches into one of the elite baseball destinations in the United States.  Due to this incomparable baseball landscape, Palm Beach County will be home to several amateur baseball tournaments this July that will attract visitors from across the nation. 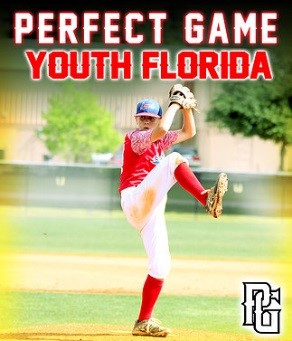 The Under Armour Firecracker Classic is one of three Team One Baseball National Tournaments taking place at Roger Dean Stadium during the summer of 2017.  This event, scheduled for July 7-11, is a wood composite bat tournament that features both a 16u and 18u age division.   Approximately 80 teams, consisting of more than 1,400 athletes, are expected to compete.  Teams will play three (3) pool play games and a minimum guarantee of four (4) total games. Players will have an opportunity to earn an invitation to the Under Armour National Showcase.  The tournament will attract a large number of collegiate and professional baseball scouts.

Prospect Select Baseball is partnering with the Palm Beach County Sports Commission to host “The Wave Invitational” at the Ballpark of the Palm Beaches from July 21-25.    Approximately 40 teams are expected to compete in 18U, 16U and 14U age divisions, beginning with three days of pool play and advancing with two days of playoff baseball.  Teams are expected to travel across the southeast region of the United States to participate.  The event is a wood-composite bat tournament.   Each team will play a minimum of 4 games. 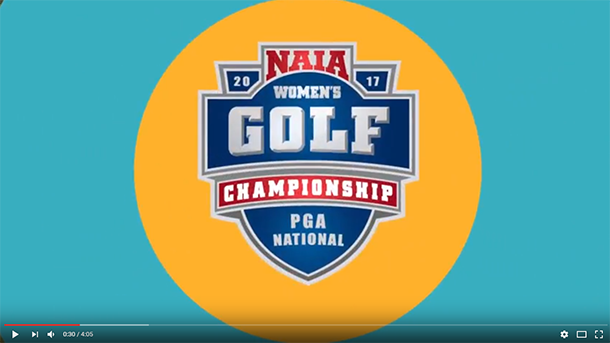