“The Palm Beach County Sports Commission is honored the Florida Sports Foundation and our peers would select one of our premier sports facilities in The Palm Beaches, the International Polo Club, as Large Market Venue of the Year,” said George Linley, Executive Director of Palm Beach County Sports Commission. The International Polo Club is one of the dynamic sports facilities in Florida and is home to world class polo and a selection of the nation’s largest amateur sports tournaments.    There are very few communities throughout the United States that enjoy a sports venue comparable to the International polo club.  Equestrians Sports Productions Our partnership with Equestrian Sports Productions (ESP) has significantly grown sports tourism for Palm Beach County.   The team at ESP are innovators in sports tourism, and we are grateful to have them as partners.”

The International Polo Club (IPC), located in Wellington, FL and owned and operated by Equestrian Sports Productions, offers a collection of nine (9) polo fields accumulating 248 acres of pristine land, as well a main grandstand, croquet facility, meeting and breakout rooms, 7,000 sq. ft. of indoor usable floor space, a private health club, a pool, tennis courts and sufficient parking options. IPC is the premier polo destination in the world, hosting the largest of high-goal teams and the most prestigious polo tournaments in the United States. In addition, this facility has proven to be an ideal site for soccer, lacrosse, field hockey, rugby, and a variety of other sports.

The International Polo Club was a major catalyst for sports tourism in The Palm Beaches throughout the entire year in 2016.  IPC is home to the world polo circuit, which culminated with the 112th United States Open Polo Championship; the most celebrated polo event in the United States. This grand event dates to 1904, where it was first played at Meadowbrook Polo Club in Old Westbury, NY and has been played at IPC since 2004. The 2016 polo season generated over $20 million in visitor spending and over 10,000 room nights for Palm Beach County hotels and seasonal rentals.

Apart from polo, the International Polo Club is one of the most versatile and flexible sports venues in the United States. The Palm Beach County Sports Commission utilized this venue to host some of the largest sports events in the nation, including the American Youth Soccer Organization (AYSO) National Games, the National Hockey Festival (USA Field Hockey), Florida United Lacrosse Cup Series – Palm Beach Blast and the Florida Draw Lacrosse Classic. These four events, along with the 2016 polo season, generated almost $38 million in visitor spending and 34,926 room nights for Palm Beach County’s hospitality industry.

“We are honored to accept the Venue of the Year Award presented at the Florida Sports Foundation’s Sports Summit on behalf of the International Polo Club Palm Beach. Our partnership feels that IPC is a versatile venue that boasts the ability to not only showcase the highest levels of international and national polo competition, but also provide a platform of large mixed-use space to facilitate other popular field sports,” said Mark Bellissimo, CEO of IPC and Managing Partner of the Wellington Equestrian Partners. “This past year we utilized various resources to help re-develop and re-energize the facility and firmly believe that we will only continue to expand the impact of IPC, from a broad sports tourism perspective, on many different levels in the future.” 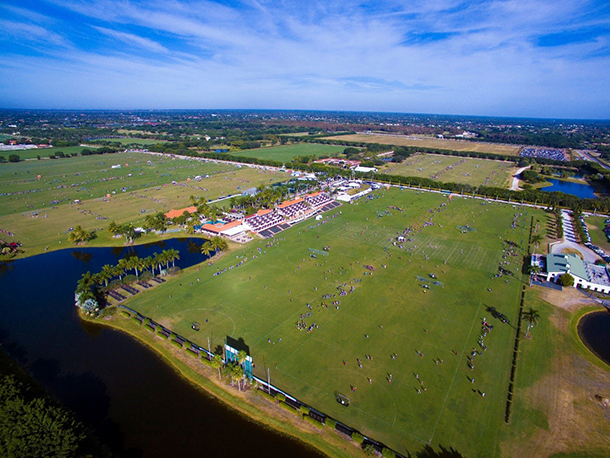 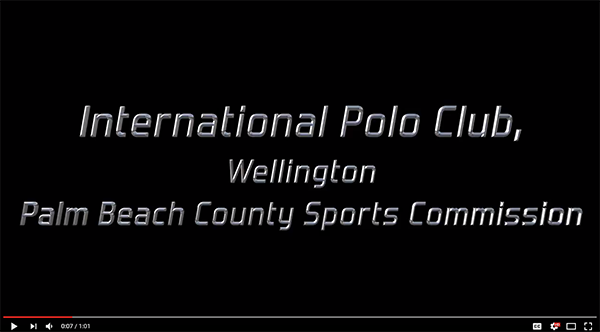 The Palm Beach Classic, which is scheduled for June 9-14, 2017, will feature over 250 teams consisting of nearly 4,000 athletes. Palm Beach County’s premier baseball venues, The Ballpark of the Palm Beaches, Roger Dean Stadium, and the Santaluces Athletic Complex, will come together along with Tradition Field in Port St. Lucie, to offer over 30 diamonds to accommodate the large arrival of baseball players and baseball games.

The Palm Beach Classic will attract elite travel teams from across the United States, Canada, Puerto Rico, Venezuela, Dominican Republic, and the Bahamas. These teams will compete in a wood bat only format, featuring three age groups (14U, 16U, & 18U).

Prospect Select Baseball is also bringing its prestigious TOPPS Showcase to Palm Beach County.  The TOPPS Showcase will take place in conjunction with the Palm Beach Classic and features 80 of the most talented high school baseball players in the country.  These players will compete in a variety of skills competitions before playing in the TOPPS Showcase game.

The Palm Beach Classic will be one of the first amateur baseball tournaments to take place at the Ball Park of the Palm Beaches. Located in West Palm Beach, The Ballpark of the Palm Beaches is Florida’s newest Major League Baseball (MLB) spring training facility and will be home to the Houston Astros and Washington Nationals. The facility will open for the 2017 Grapefruit League Season and features a 7,500 seat stadium in addition to 12 supplementary diamonds built to MLB specifications.

“For many years, Palm Beach County has been a premier destination for baseball events and we’re excited about the opportunity to partner with our Sports Commission, Roger Dean Stadium and The Ballpark of the Palm Beaches to facilitate Prospect Select and its Palm Beach Classic”, remarked Eric Call, Director of Palm Beach County Parks and Recreation.  “We’re pleased to be able to present our award-winning park system and sports venues to visitors and I know that all of the participants will enjoy their experience.”

The Palm Beach Classic will be one of the largest amateur sports events taking place in Palm Beach County during the summer of 2017.  In addition to home runs and great catches, this event will bring tremendous economic benefits.  The influx of visitors will create an estimated $4 million in visitor spending while generating a strong boost to hotel occupancy levels.

"We are extremely excited about the 2016 Palm Beach Classic. The nation’s best travel organizations in amateur baseball and the nation’s premier baseball players will be on display at world class venues in The Palm Beaches”, said Prospect Select Baseball Regional Director, Jeremy Plexico.  “We are proud that one of our premier events will make history taking place during the inaugural season of The Ballpark of the Palm Beaches”. 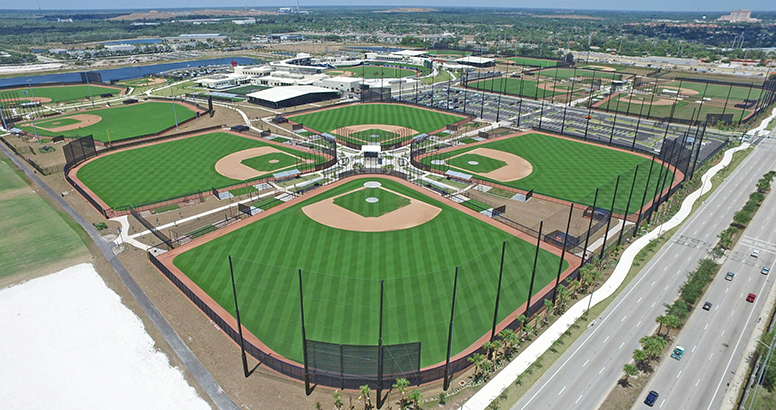 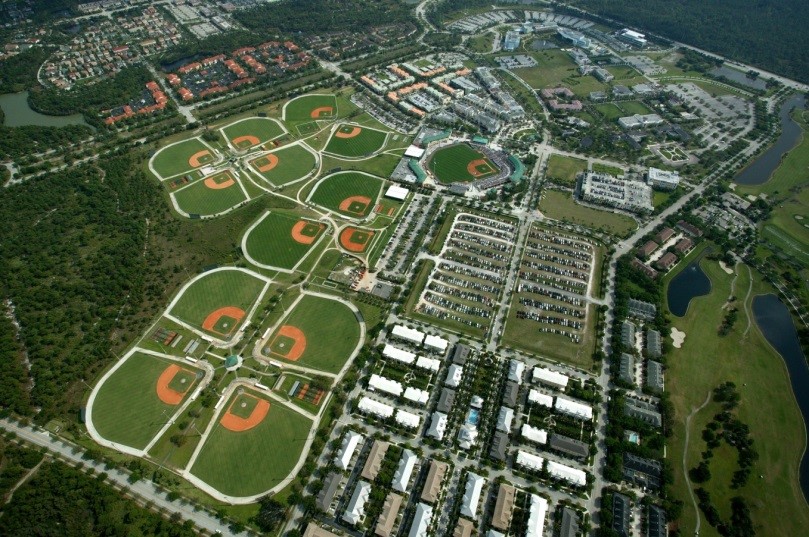 The Sunshine State Games is an Olympic-Style competition.  The Palm Beach County Convention Center will be transformed into a sports palace by hosting the collection of indoor sports that makes up the Sunshine State Games, which includes: boxing, taekwondo, judo, karate, weightlifting, powerlifting, baton twirling, and fencing.  The participating athletes will travel from all parts of Florida to compete in a variety of skill levels and age groups (youth to adult).

No other venue among those on the 2017 Sunshine State Games calendar of events will host as many sports, with as many athletes as the Palm Beach County Convention Center. Nearly the entire building will be utilized to host this prestigious event.  Boxing, taekwondo, judo, karate baton twirling, powerlifting, and weightlifting will take place in the exhibit hall (100,000 square feet).  Fencing will take place in the ballroom (25,000 square feet).

In addition to the eight (8) sports taking place at the Palm Beach County Convention Center, the Sunshine State Games will also bring two outdoor sports to The Palm Beaches. Archery will take place at the West Delray Beach Regional Park and Ultimate Frisbee will take place on the multipurpose at the Ballpark of the Palm Beaches.  Archery and Ultimate Frisbee will bring 600 athletes from across Florida.  Youth and adult athletes will compete in these outdoor sports.

The Sunshine State Games, now in its fourth decade, is the nation’s oldest State Games and is Florida’s largest and longest standing multi-sport festival. The Sunshine State Games are conducted under the auspices of the Florida Sports Foundation, a direct-support organization of the State of Florida.  Most competitions are sanctioned or recognized by the Olympic Governing Body for that sport and some serve as Governing Body State Championships or national qualifiers. 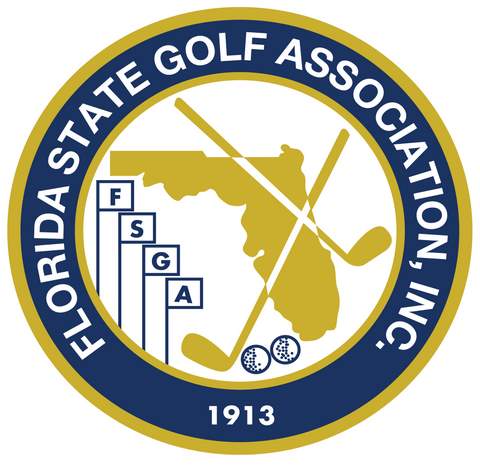 The 100th Amateur Championship Tees Off in The Palm Beaches

The Florida Amateur Championship is one of the oldest and most prestigious amateur golf tournaments in the country. The Bear's Club is hosting the final rounds for the 100th Amateur Championship and Lost Tree Club is co-hosting the first two rounds.  The Amateur Championship has a rich history dating back to 1913 with A.C. Ulmer winning the first of four titles. Other past champions include: Carl Dann Jr. (5 time champion & Hall of Fame inductee), Don Bisplinghoff (4 time champion & Hall of Fame inductee), Bob Murphy, Doug Sanders, Gary Koch, Jerry Pate, Buddy Alexander, and Blayne Barber.

The Florida State Amateur is the oldest sports event to take place annually in the United States.    The 96th Amateur Championship took place in Palm Beach County during the summer of 2013.

The Florida State Golf Association (FSGA) was formed in 1913 to promote, protect, and preserve the game of golf. The FSGA includes more than 800 member clubs and 250,000 individual members. The FSGA conducts  more than 520 tournament days each year, including 38 state championships, and over 45 days of United States Golf Association (USGA)  qualifying events. 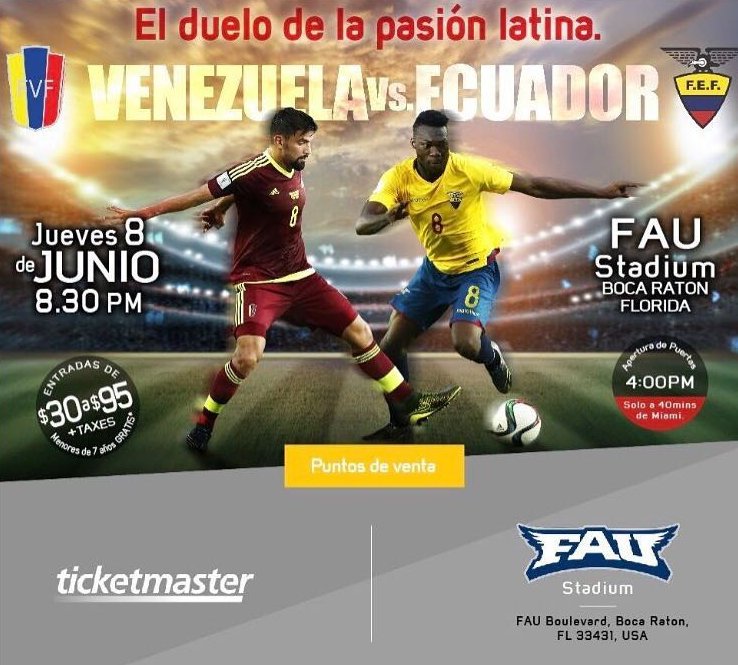 Florida Atlantic University (FAU) and the Palm Beach County Sports Commission is partnering to bring a FIFA International Soccer Friendly to The Palm Beaches.  On June 8th, an international soccer showdown between the Ecuador Men’s Soccer National Team and the Venezuela Men’s Soccer National Team will take place in FAU Stadium in Boca Raton at 8:30pm.

Ecuador and Venezuela will be competing in this FIFA Friendly in to prepare for the 2018 World Cup. Both of these teams compete in the CONMEBOL Division of the FIFA World Cup qualifying, which is the South American Zone and is perennially regarded as the toughest zone in all of international soccer.  Both Ecuador and Venezuela will arrive on June 3rd to train at Lynn University and Florida Atlantic University.

This game will be televised live via Univision and Telemundo and will be broadcast in the United States, Latin America (Ecuador, Venezuela, Colombia, Mexico, Chile, Peru, Brazil, Argentina, Uruguay), Central American (Costa Rica, Salvador, Honduras, Panama), the Middle East, and 15 countries in Europe.

To secure your tickets, click here (then link to this site  - http://www.ticketmaster.com/duelo-latino-venezuela-v-ecuador-fau-stadium-boca-raton-fl/venueartist/107527/2365362 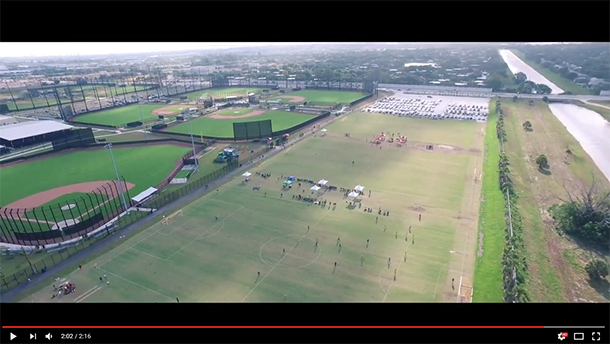