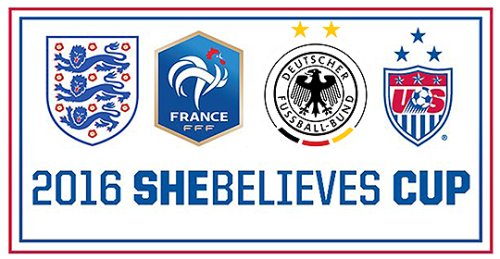 The Palm Beach County Sports Commission is partnering with the U.S. Soccer Federation to host the inaugural SheBelieves Cup at FAU Stadium, located on the campus of Florida Atlantic University, on March 9th. This elite international soccer event features four of the top five ranked women’s national teams in the world as England, France and Germany join the United States to compete in the Palm Beaches.This doubleheader will kick off with France vs. England at 5p.m., which will be followed by the United States vs. Germany at 7:30pm.

The SheBelieves Cup underlines the U.S. Soccer Federation’s continued commitment to investing in the growth of women’s soccer, and will be the globe’s premier women’s soccer tournament staged in advance of the 2016 Summer Olympics in Rio de Janeiro.

Conceived and developed by the United States Women’s National Team (USWNT) players, #SheBelieves is a movement to inspire young girls and encourage them to accomplish their goals and dreams. The campaign launched in the run-up to the 2015 Women’s World Cup and has grown since then as the team and its fans have taken its powerful message into their communities. The SheBelieves Cup is a showcase event for the campaign, which will continue to spread its positive message to young women and girls.

The inaugural SheBeleives Cup will be held in three different metropolitan areas. Each team will play the other teams once in a round-robin format to comprise three doubleheaders. The first doubleheader will take place on March 3rd at Raymond James Stadium in Tampa and the second doubleheader will take place on March 5th at Nissan Stadium in Nashville.  Palm Beach County will be home to the final stage of the SheBelieves Cup. The winner of the tournament will be based on total points (three for a win, one for a tie), with the first tie-breaker being overall goal difference, followed by most total tournament goals scored, then head-to-head results.

The match between the USA and Germany carries a significant storyline.   The meeting at FAU Stadium between these nations will be the first since the epic 2015 Women’s World Cup semifinal, a 2-0 victory for USA.

The United States Women’s National Team has played two previous matches at FAU Stadium.  In 2012, the USA defeated China by a score of 2-1 and in 2014 the USA was victorious over Russia by a score of 7-0.  The USA will try to remain undefeated at FAU Stadium on March 9th.

In addition to world class soccer, Palm Beach County will receive significant economic benefits from hosting this inaugural international soccer tournament. The game will attract soccer enthusiasts from across the region and globe and generate a major economic impact, creating an abundance of visitor spending for the hospitality community and a surge in hotel room nights.  Additionally, Palm Beach County will be showcased on a global stage.

Tickets are on sale now through ussoccer.com or by phone at 1-800-745-3000. Tickets will not be sold at FAU Stadium except on the day of the event. 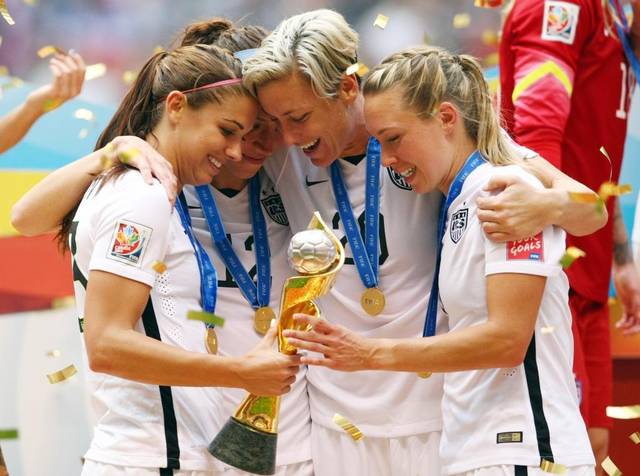 The American Junior Golf Association (AJGA) will bring its Core Golf Academy Junior All-Star to the Palm Beaches on March 24-27.  This event, which will take place on the Fazio Course at the PGA National Resort & Spa, will feature 132 golfers competing over 54 holes of stroke play.   The tournament features both boys and girls golfers from the ages of 12 to 15.

The Core Golf Academy Junior All-Star will bring one of strongest field of golfers competing in AJGA tournaments.  The highest ranked AJGA golfers are invited to play in this tournament.

The Core Golf Academy Junior All-Star represents one of four AJGA tournaments taking place in Palm Beach County during the year.   The AJGA Polo™ Golf Junior Classic, one of the premier amateur golf tournaments in the United States will take place at the PGA National Resort & Spa in November.   The AJGA at the Seagate will occur this April in Delray Beach and the AJGA Daniel Berger Championship will take place in June at the Dye Preserve in Jupiter.

The AJGA is dedicated to the overall growth and development of young men and women who aspire to earn college golf scholarships through competitive junior golf. Overall, the AJGA conducts more than 100 tournaments and 60 qualifiers around the country. The success of this organization is evident, considering that more than 300 AJGA alumni play on the PGA and LPGA Tours. 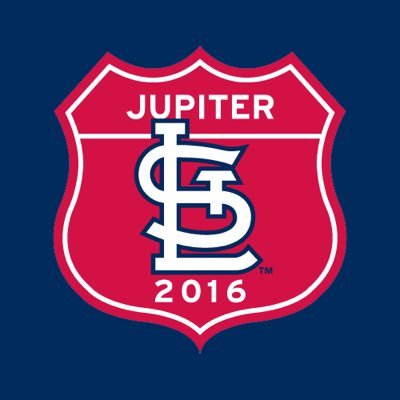 Major League Baseball (MLB) Spring Training returns as the St. Louis Cardinals, Champions of the National League Central Division, and the hometown heroes, Miami Marlins, play a total of 30 games in the Grapefruit League at Roger Dean Stadium in Jupiter. The season will witness the Marlins and Cardinals competing against some of the most talented teams in Major League Baseball.  Roger Dean Stadium will showcase its very own Miami Marlins and St. Louis Cardinals to begin Grapefruit League competition on March 3rd. Other perennial playoff contenders, such as the National League Champion New York Mets, the New York Yankees, Boston Red Sox, Atlanta Braves, Detroit Tigers, Houston Astros, and Washington Nationals roll into the Palm Beaches. 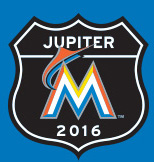 MLB Spring Training is a giant contributor to the local economy. Last year, the Cardinals and Marlins attracted 169,515 spectators during their home games at Roger Dean Stadium. The two teams generate more than $50 million of economic impact for Palm Beach County.  Major League Baseball Spring Training has become one of the largest economic and tourism generators for Florida. The Grapefruit League, which is comprised of 15 MLB franchises, drew more than 1.5 million fans in 2015.  The Florida Sports Foundation reported that Major League Baseball Spring Training generated over $753 million of economic impact and more than 9,200 jobs in the state. This coming season represents the 128th consecutive year of MLB Spring Training in the State of Florida.

The annual tradition of Spring Training began in 1888 when the Washington Statesmen traveled to Jacksonville to work out in the “off season.”  Since that time, the “off season” workouts evolved into one of the greatest traditions and spectacles for sports in the United States.

Roger Dean Stadium is a state-of-the-art baseball complex specifically designed to house two Major League Baseball teams. Roger Dean Stadium is the only stadium in Florida to host two MLB teams. The 7,000 seat stadium features luxury skybox seating, permanent seating, parking and concession. In addition to the stadium, the complex consists of 12 ancillary diamonds that is utilized to host some of the nation’s largest baseball tournaments.

Tickets can be purchased at Roger Dean Stadium ticket office, via Ticketmaster at (800) 745-3000, or visit rogerdeanstadium.com. 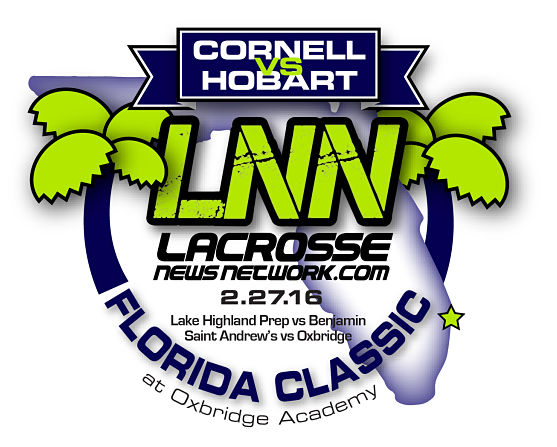 The Palm Beaches were home to the inaugural LNN Florida Lacrosse Classic, which took place on February 27th in West Palm Beach, Florida.  The Palm Beach County Sports Commission partnered with the Lacrosse News Network to host the LNN Florida Lacrosse Classic, which featured a men’s collegiate and high school lacrosse triple-header at Oxbridge Academy, highlighted by the 135th meeting between Cornell and Hobart College. 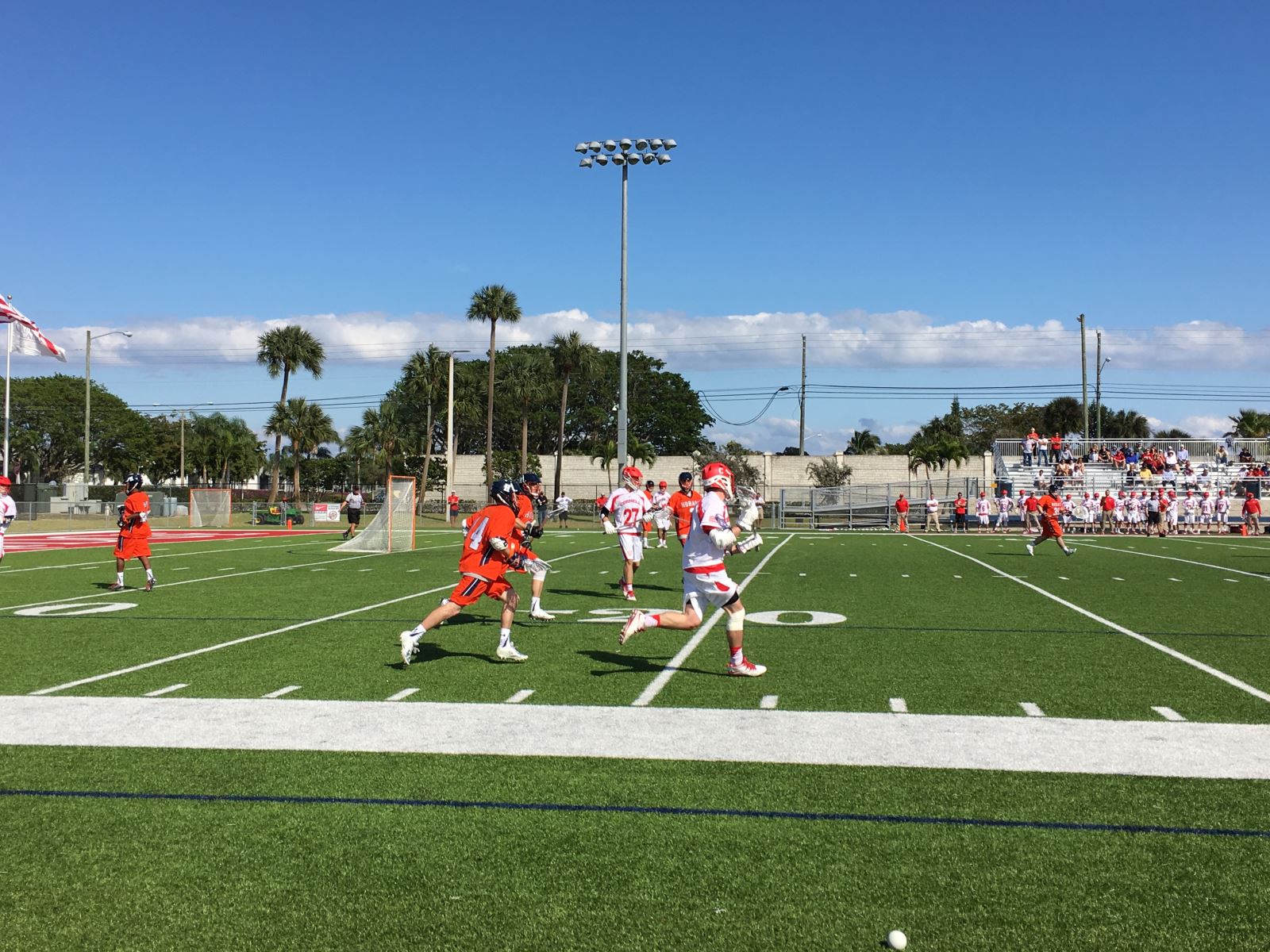 The event was centered on the showdown between Cornell University and Hobart College, which is among the oldest rivalries in all of college lacrosse, dating back to 1898.  Cornell University and Hobart College, both from New York, are two of the most competitive collegiate men’s lacrosse programs in the nation.  Cornell defeated Hobart in a thrilling game by a score of 10-8.  The victory took place in front of more than 1,200 spectators and in 70 degree weather with an ocean breeze and the beautiful sun, which is unusual for the two New York schools that typically compete in freezing temperatures during the month of February.

In addition to the exciting lacrosse, this event created a significant tourism impact for Palm Beach County.  Three of the six competing teams traveled from outside the area and brought an estimated 900 students, alumni, and fans.   The visitors created an economic boost for area hotels, restaurants, and shopping and dining establishments.  Furthermore, the college game between Cornell and Hobart was webcast live across the nation, creating great visibility for the Palm Beaches amongst the lacrosse community.

The Palm Beach County Sports Commission and the Lacrosse News Network plan to work on making this lacrosse extravaganza an annual event for the Palm Beaches. 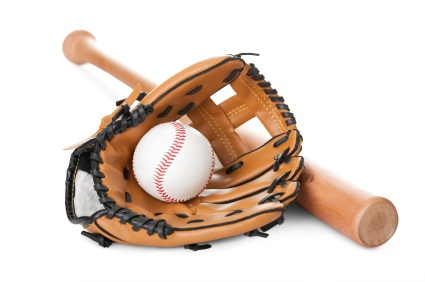 The month-long event will take place at the Santaluces Athletic Complex in Lantana from February 27-March 20, 2016. Each team will play between 5 and 12 games during their stay.   In addition to great collegiate talent, the event brings numerous Major League Baseball Scouts.  Between 30 and 40 players competing in the Palm Beach Challenge are drafted annually.
This year marks the 12th anniversary for the Palm Beach Challenge.  The event is expected to generate over 2,000 room nights and more than $2 million in economic impact.  In total, over 200 teams from 18 states and Canada have participated in the Palm Beach Challenges since its inception in 2009. Over 20,000 hotel room nights have been generated with an overall estimated economic impact that exceeds $20 million in the twelve years this event has taken place in Palm Beach County.

Baseball fans must visit the Santaluces Athletic Complex this spring.   Daily admission is $6 for adults, $3 for children.  For more information on the Palm Beach Challenge visit www.palmbeachchallenge.com