Just 15 months after the groundbreaking, it was time to play ball on Tuesday, February 28th at The Ballpark of the Palm Beaches.  Palm Beach County’s newest Major League Baseball (MLB) Spring Training Complex, which is home to the Houston Astros and the Washington Nationals, hosted its inaugural game on this historic day and was a defining moment for its sports scene.  The Ballpark of the Palm Beaches joins Roger Dean Stadium, which is home to the St. Louis Cardinals and the Miami Marlins, as Palm Beach County’s premier baseball facilities.   Palm Beach County is now home to 4 of the 15 Major League Baseball (MLB) teams that are competing in Florida’s Grapefruit League.

Opening Day at The Ballpark of the Palm Beaches represents the first spring training game in West Palm Beach since the Atlanta Braves and Montreal Expos departed in 1997. A ribbon-cutting ceremony featuring Major League Baseball Commissioner Rob Manfred, the owners of both teams , and the Palm Beach County Board of County Commissioners.  A flyover by the U.S. Coast Guard from Air Station Miami also thrilled the crowd. Baseball fans weren’t disappointed on the opening day of The Ballpark of the Palm Beaches as the Nationals defeated the Astros, 4-3, with a thrilling walk-off home run in the bottom of the ninth.

The brand new Ballpark of the Palm Beaches is a $145 million complex that amplifies a fan-centric spring training experience.   The stadium has a seating capacity that exceeds 7,500.  The stadium includes a party deck, six (6) luxury suites, and world class press box amenities.

Major League Baseball Commissioner Rob Manfred returned to the site of The Ballpark of the Palm Beaches for the first time since the groundbreaking and he was impressed. “These spring training sites keep getting better and better,” said Manfred. “The stadium bowl itself is absolutely first rate, but I think the back fields and practice areas are amazing, as well,” Manfred also stated. 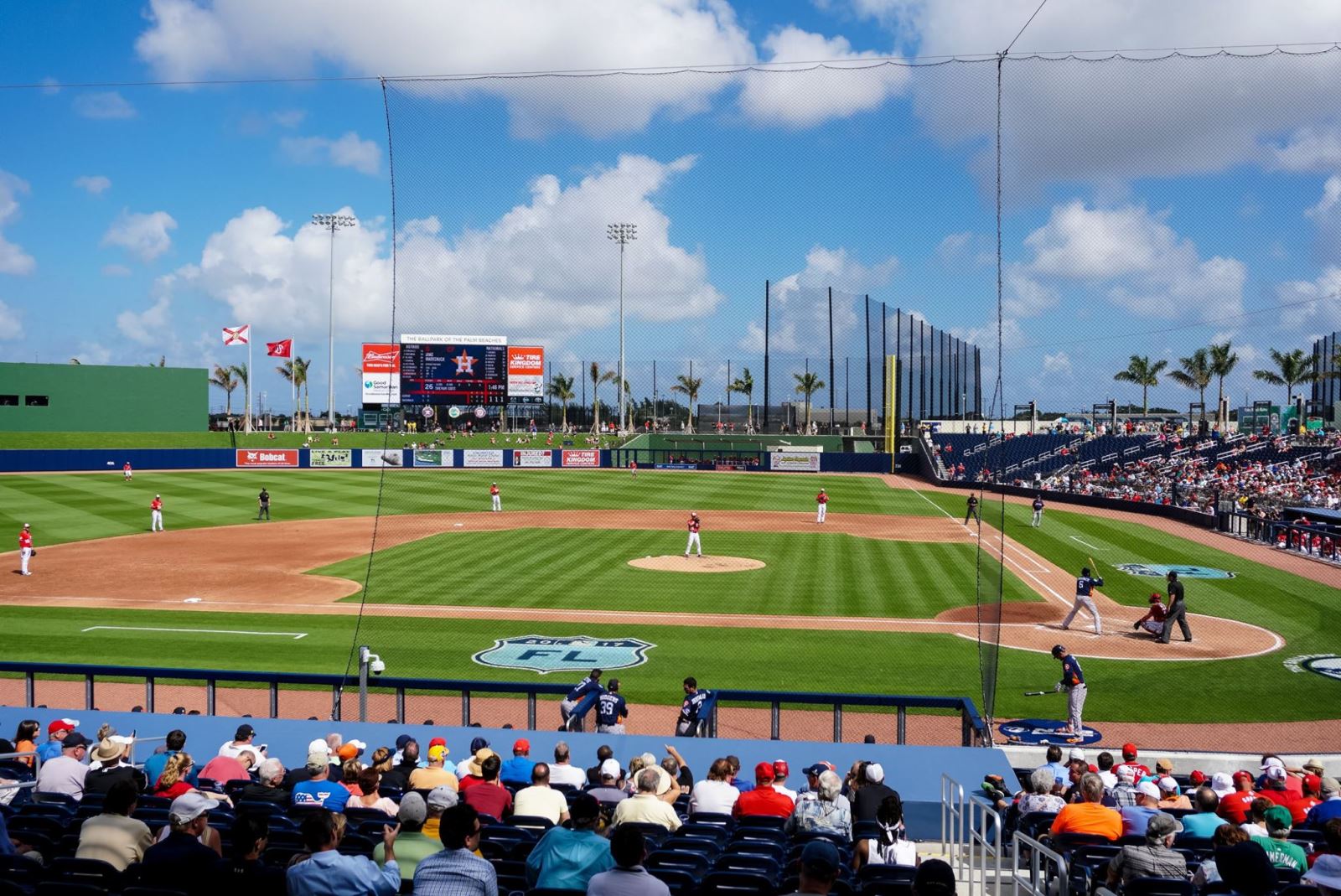 The American Junior Golf Association
Tees Off In The Palm Beaches

The American Junior Golf Association (AJGA) will have an enormous presence in The Palm Beaches during 2017.  The AJGA will host four (4) tournaments in n Palm Beach County from March through June. The tournaments include: AJGA Preview at Osprey Point for new members (March 24-26); AJGA Junior at the Seagate (March 31 – April 2), Daniel Berger Junior Championship at the Dye Preserve (June 19-22), and the AJGA Polo Junior Golf Classic (November 18-24) at PGA National Resort & Spa.

The AJGA Daniel Berger Junior Championship will take place for the second straight year in The Palm Beaches this summer.  This event, which will take place at the prestigious  Dye Preserve Golf Club in Jupiter, features 78 junior golfers (boys & girls from 12 to 19 years of age) competing over 54 holes of stroke play.   The tournament consisted of both boys and girls from the ages of 12 to 19.  The AJGA Daniel Berger Junior Championship will field the top ranked junior golfers in the world.

The AJGA Daniel Berger Junior Championship represents one of four AJGA tournaments taking place in Palm Beach County in 2016.   The AJGA Polo™ Golf Junior Classic, one of the premier amateur golf tournaments in the United States will take place at the PGA National Resort & Spa this coming November.   The AJGA at the Seagate took place in Delray Beach and the AJGA Junior All Star took place at PGA National Resort in Spa in March.

The AJGA Polo Golf Junior Classic, which has been conducted annually since 1978, is one of the premier tournaments that will take place on the Champions Course at PGA National Resort & Spa.    The 156-player invitation-only field is made up of boys and girls, ages 12-18, from 25 states and 12 foreign countries.

The AJGA is dedicated to the overall growth and development of young men and women who aspire to earn college golf scholarships through competitive junior golf. Overall, the AJGA conducts more than 100 tournaments and 60 qualifiers around the country in a calendar year. The success of this organization is evident, considering that more than 300 AJGA alumni play on the PGA and LPGA Tours and have earned more than 350 tour victories. 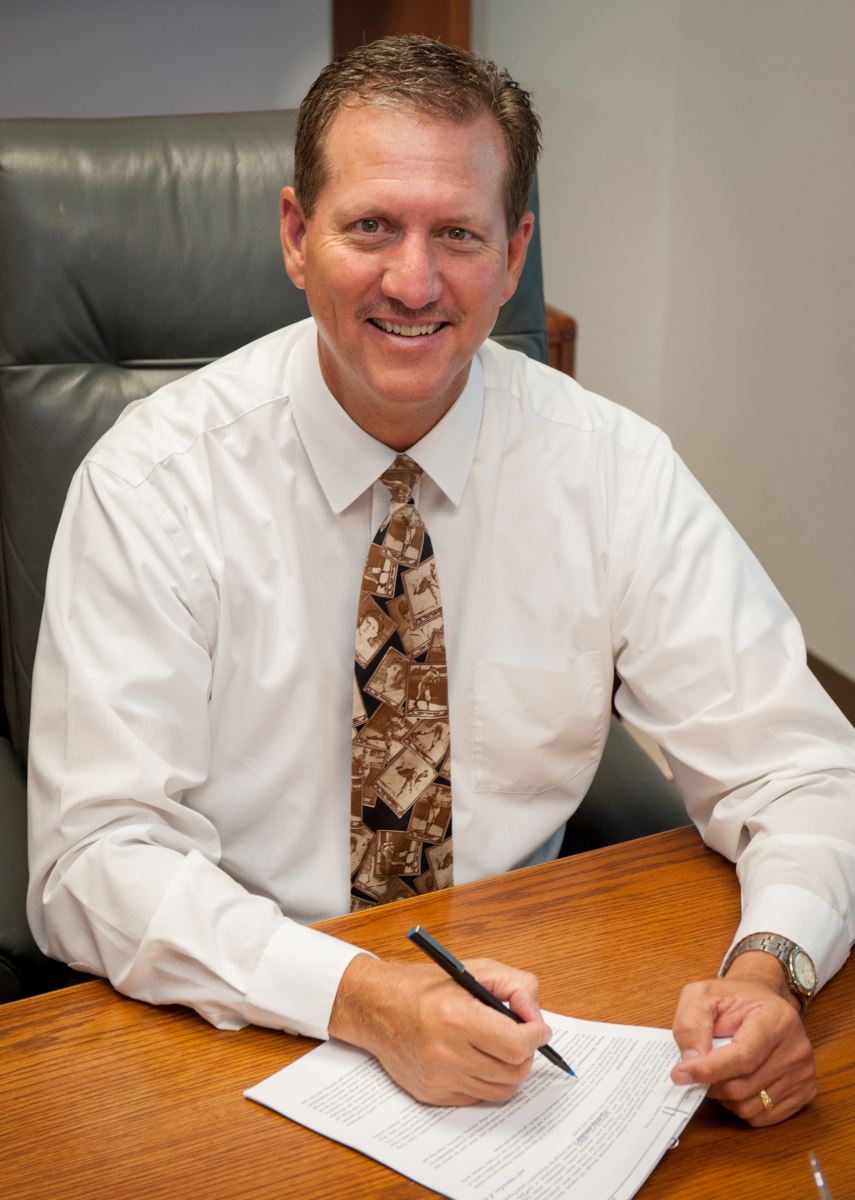 Eric Call has served Palm Beach County and its Parks and Recreation Department for more than three decades and has been its Parks and Recreation Director since 2010.  Palm Beach County’s award-winning park system offers over 8,000 acres of parkland that consists of sports, fitness, environmental, and cultural opportunities.  Eric Call oversees the second largest parks and recreation department in Florida and the 14th largest in the United States.

“For more than two decades I’ve worked closely with the Sports Commission to facilitate a significant number of sporting events in Palm Beach County”, said Eric Call.  “In recent years, I’ve enjoyed serving on the Board as Secretary/Treasurer and witnessing our growth and the impact sports have on a community.”  “I look forward to my time as President working diligently with the staff and other Board members to make Palm Beach County the very best destination for sports tourism.”

Sports In Florida Is A $57.4 Billion Industry

The end of 2016 meant another bustling year in sports to the State of Florida economy.  The Florida sports scene is responsible for 16 million visitors, a $57.4 billion economic footprint, and 580,000 jobs to the Sunshine State.  These numbers were determined by an economic impact survey of the Florida Sports Industry, compiled by Hexad Analytics, of Pensacola, and commissioned by the Florida Sports Foundation, the state’s lead sports promotion and development organization.

“The diversity of the sports industry in Florida makes it something closely watched by the nation’s sports leaders,” said John Webb, President of the Florida Sports Foundation. “Through the marketing and sales efforts of the professionals within the state’s 27 sports commissions, 10 professional teams,  the support of the local communities in constructing state-of-the-art sports facilities and Florida’s temperate year round climate, it all combines for a thriving sports industry.”

The amateur and leisure sports industry accounts for the bulk of total non-resident visitors associated with the Florida Sports Industry.  It is composed of six segments - parks and recreation, golf, hunting, fishing, and events of the Florida Sports Foundation (FSF) and the state’s 27 sports commissions.  These six segments generate the largest economic footprint of the survey at $43.4 billion and 443,000 jobs. The FSF and Florida’s 27 Regional Sports Commissions reported engaging over 2,700 activities across Florida which resulted in nearly 5.3 non-resident visitors. 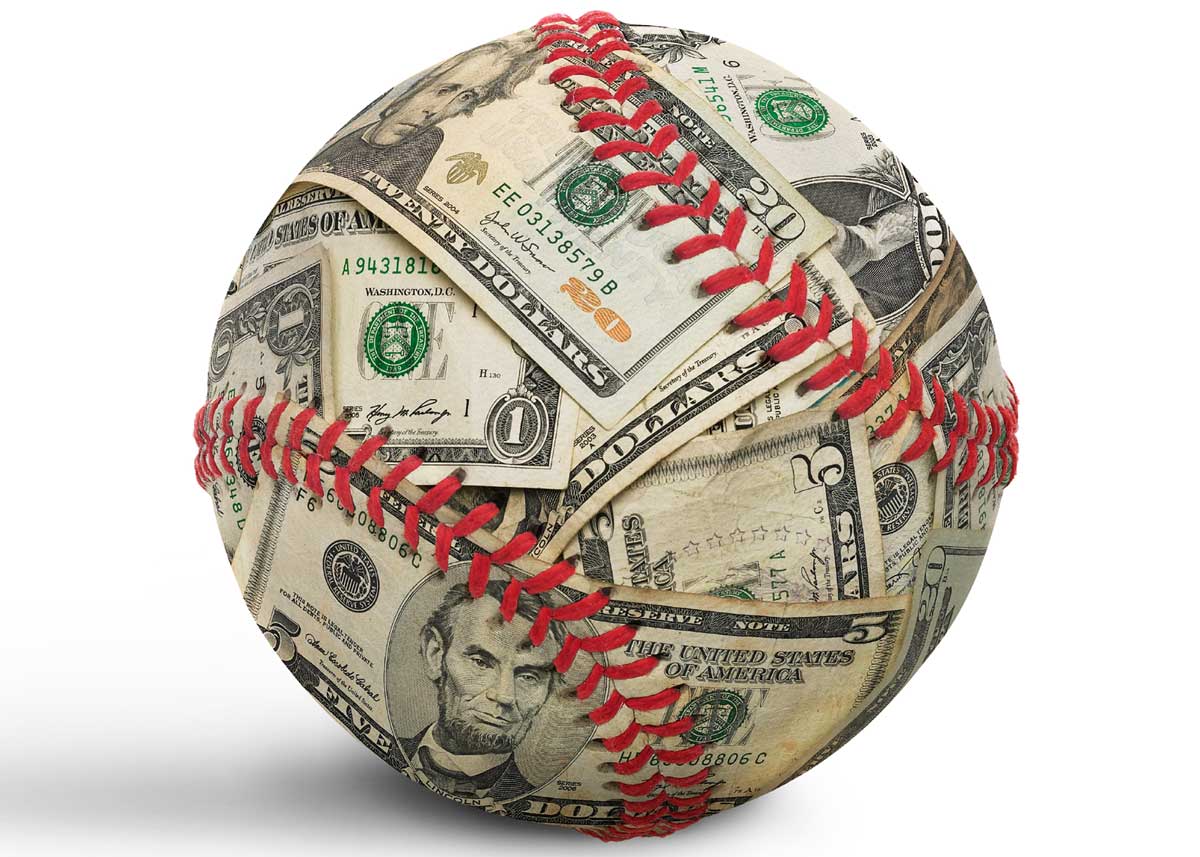 The collegiate sports segment includes the 60 Florida colleges participating in athletics from the NCAA Division I level to smaller private and religious institutions. Also included in the collegiate athletics segment is Florida’s nine college football bowl games played annually in December and January.

Finally, Florida’s equine industry is widely recognized by national and international experts as among the finest in the world.  Palm Beach County is home to one of the largest and longest running equestrian event in the world, which is the Winter Equestrian Festival.   This showjumping event takes place at the Palm Beach International Equestrian Center from January through April.

To view the details of the full economic impact of the Florida Sports Industry, please visit http://www.flasports.com 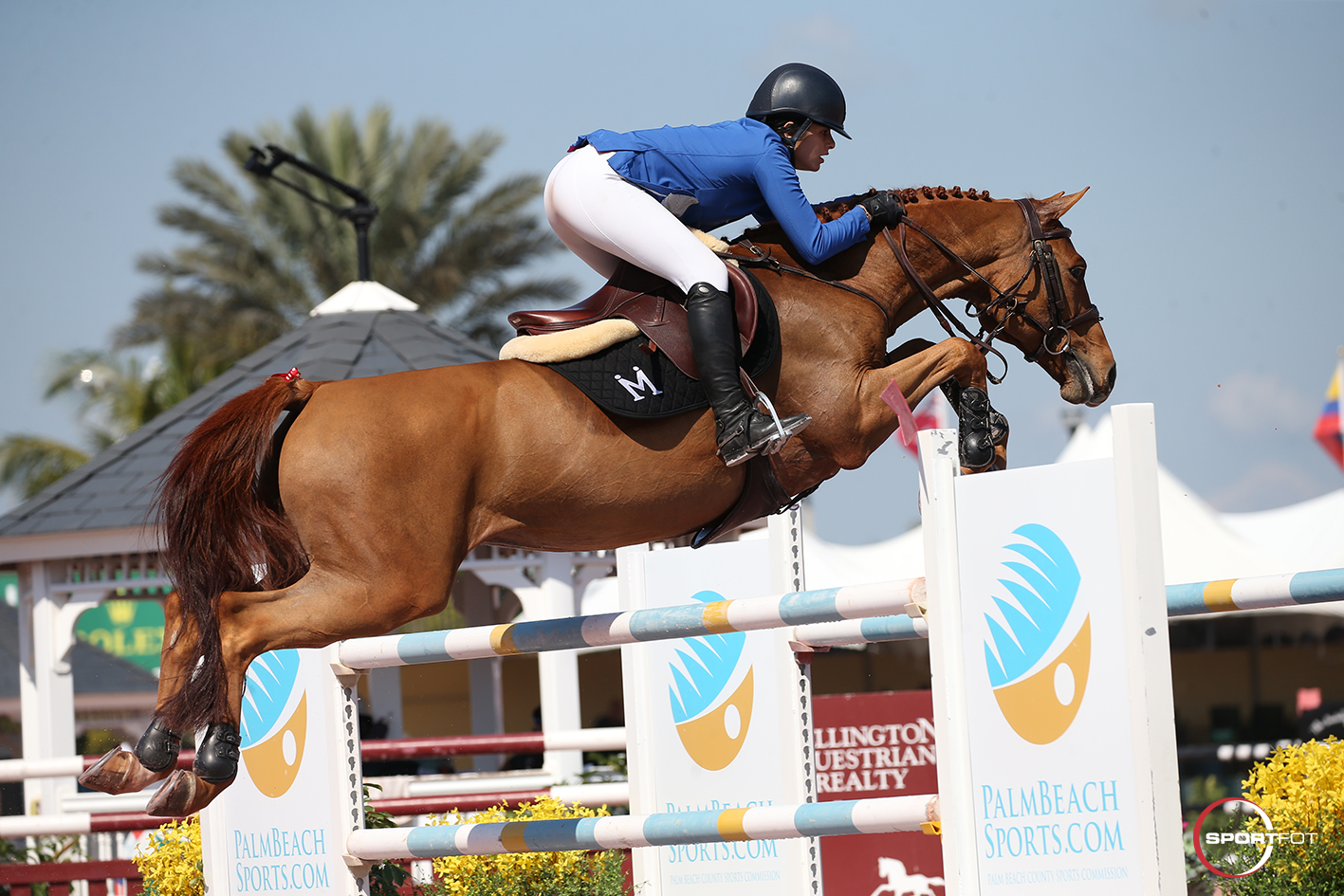 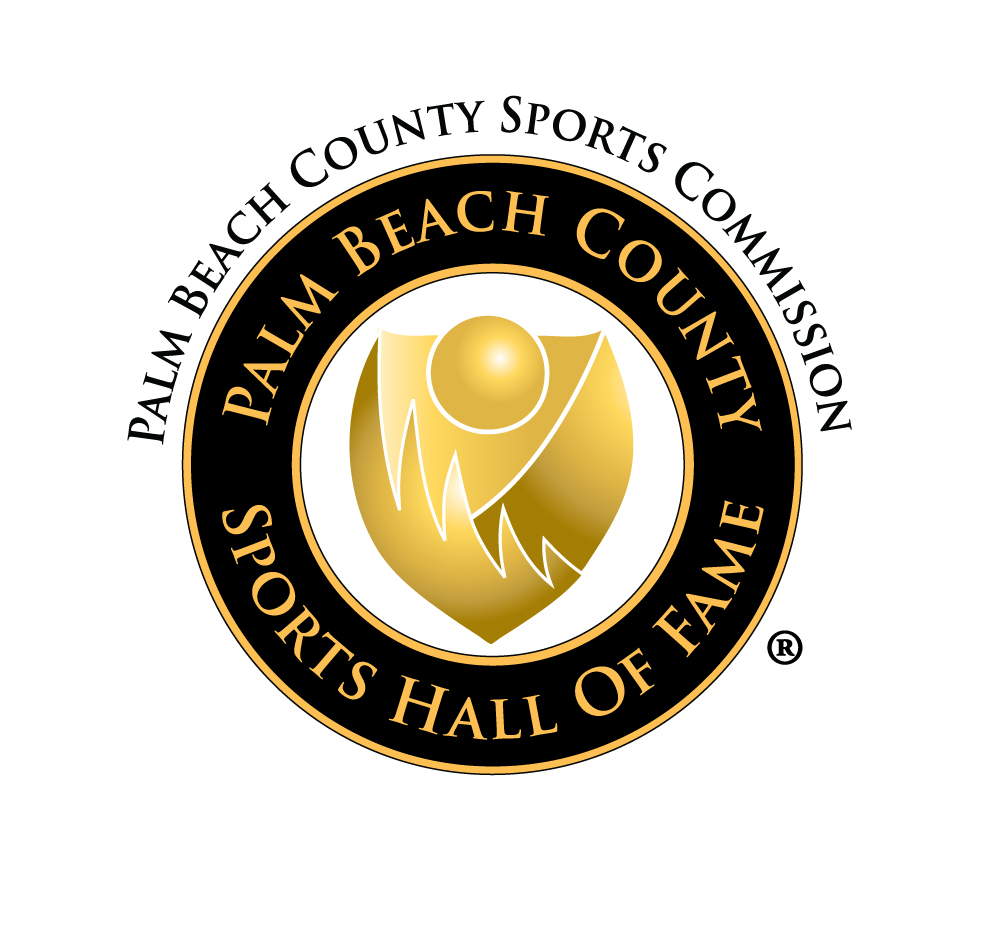 “This is an honor,” said Jackson, who won the Heisman Trophy after throwing for 3,390 yards and 30 touchdowns, and rushing for 1,538 yards and 21 touchdowns during the 2016 college football season. “Just to come two years out of high school, and just to be here and have the whole of Palm Beach County show you love is amazing.”

The Palm Beach County Sports Hall of Fame also recognized Tony McQuay, former Suncoast High School graduate, who brought home a gold medal after leading the USA Track & Field team to a victory in the 4 by 400 meter relay.   This celebration was followed by the Hall of Fame induction of Benjamin School graduate and 1996 Olympic swimming gold medalist Ryan Berube. 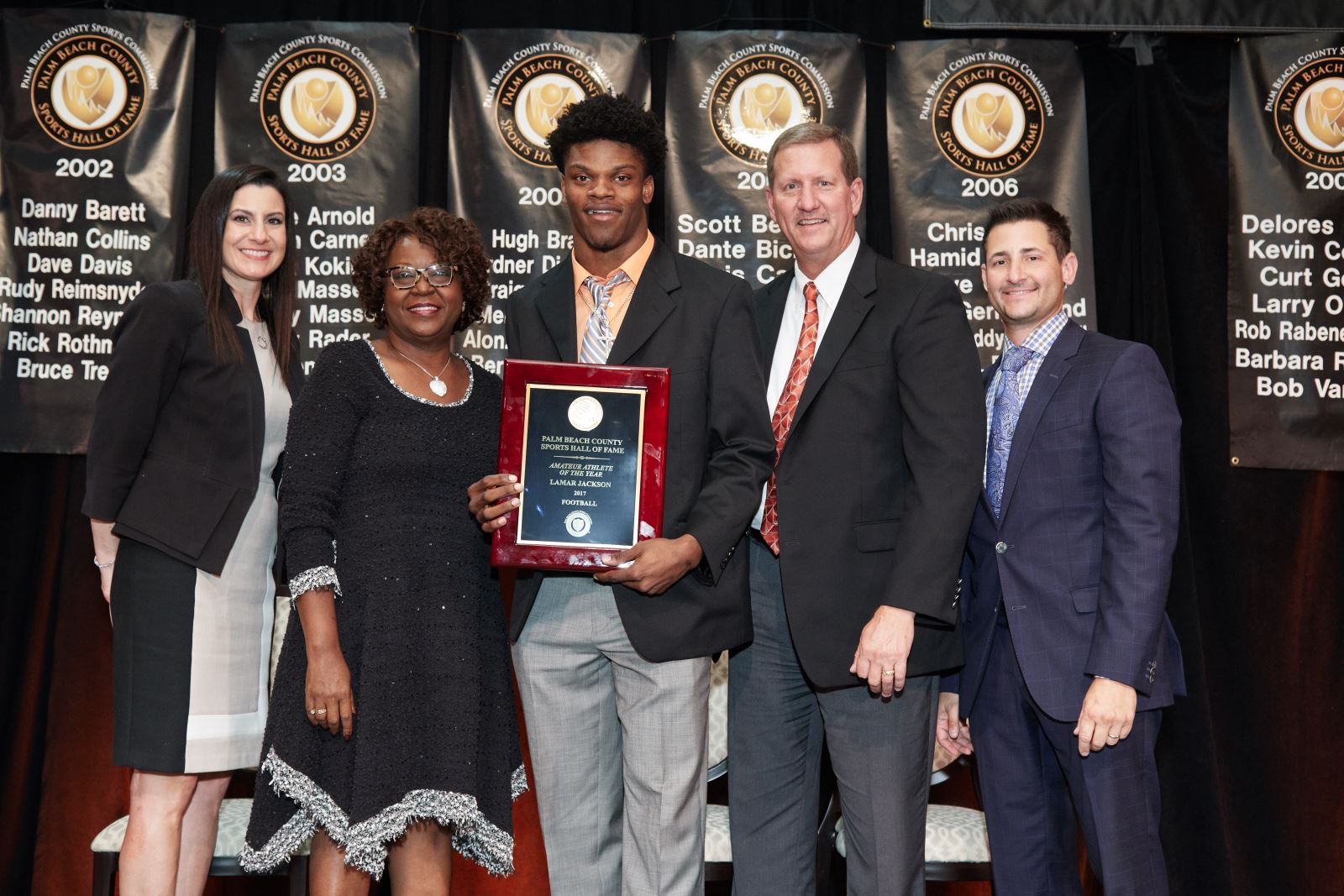 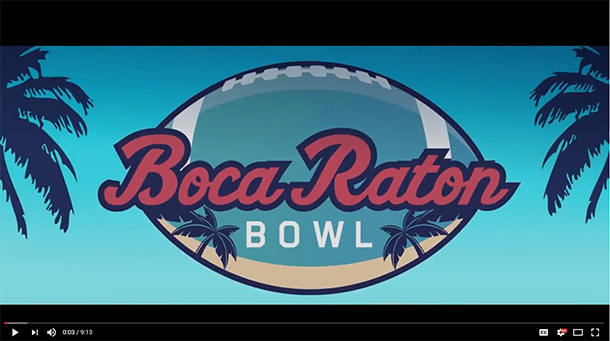