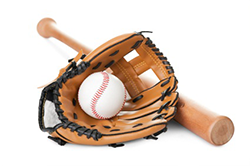 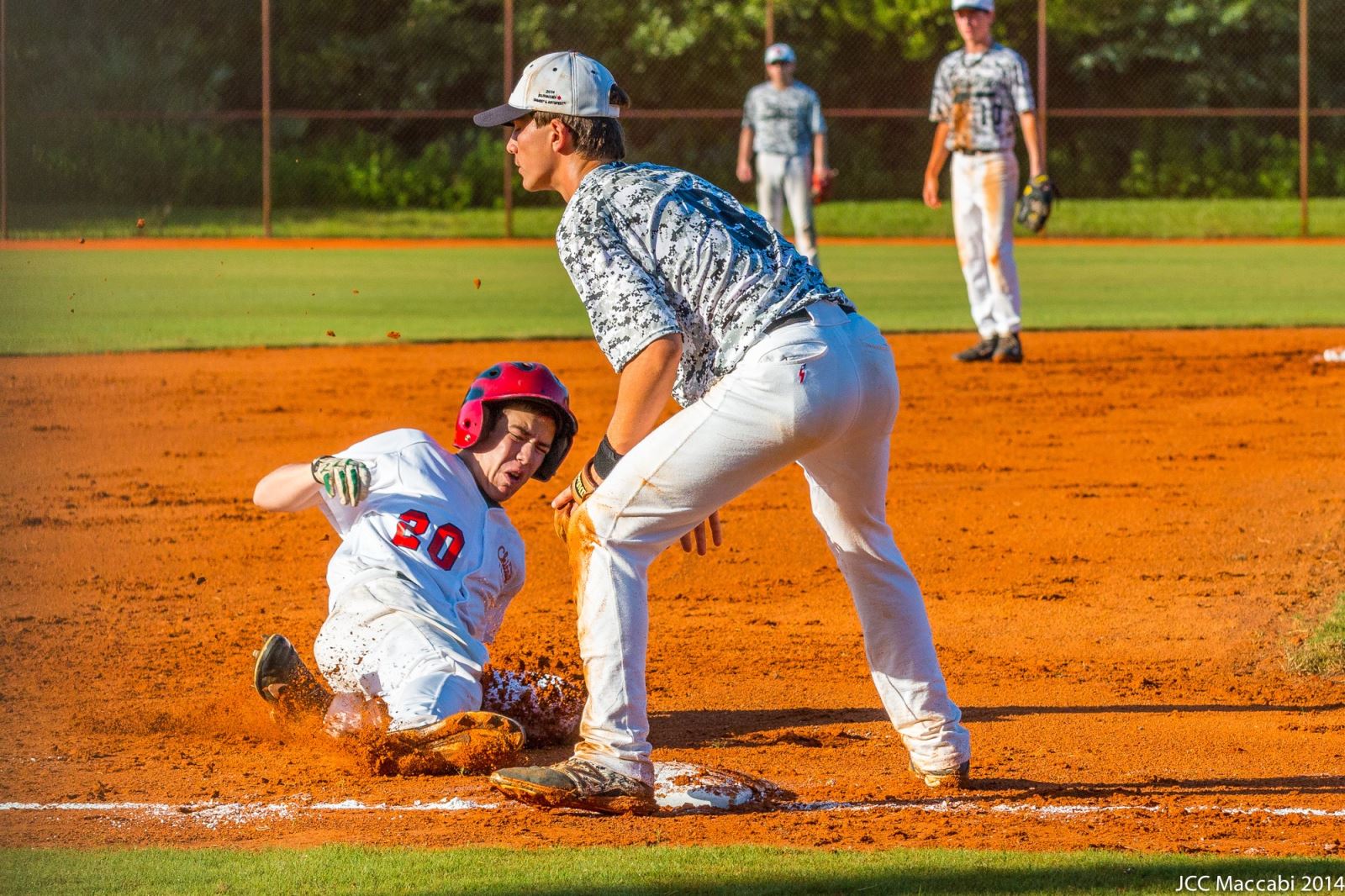 Palm Beach County is a nucleus for baseball, America’s national pastime. Nearly 500 teams involving over 8,000 athletes are expected to compete in 12 amateur baseball tournaments on a statewide and national level in Palm Beach County this summer. The players, coaches and visitors will create more than 12,000 hotel room nights and generate over $6 million of economic impact for the local community. Due to the outstanding baseball facilities, the tropical climate and a strong resume of prestigious baseball events, Palm Beach County has a competitive advantage when it comes to attracting and hosting baseball tournaments and showcases. The summer of 2016 will bring excitement due to the world of amateur baseball, both on the field of play and off the field for the local economy.

Few communities have baseball venues such as Palm Beach County. Roger Dean Stadium, located in Jupiter, is home to the Miami Marlins and the St. Louis Cardinals, during the Major League Baseball (MLB) spring training season. Roger Dean Stadium is one of the premier spring training baseball complexes in Florida, consisting of a 7,000 seat stadium accompanied by 12 full size diamonds, which makes it capable of hosting the nation’s largest tournaments. Palm Beach County is also home to the Santaluces Athletic Complex, the former spring training facility for the Montreal Expos. Located in Lantana, this complex maintains a quad of major league baseball size fields.

Palm Beach County will be home to the most admired amateur baseball tournaments in the United States this June. USA 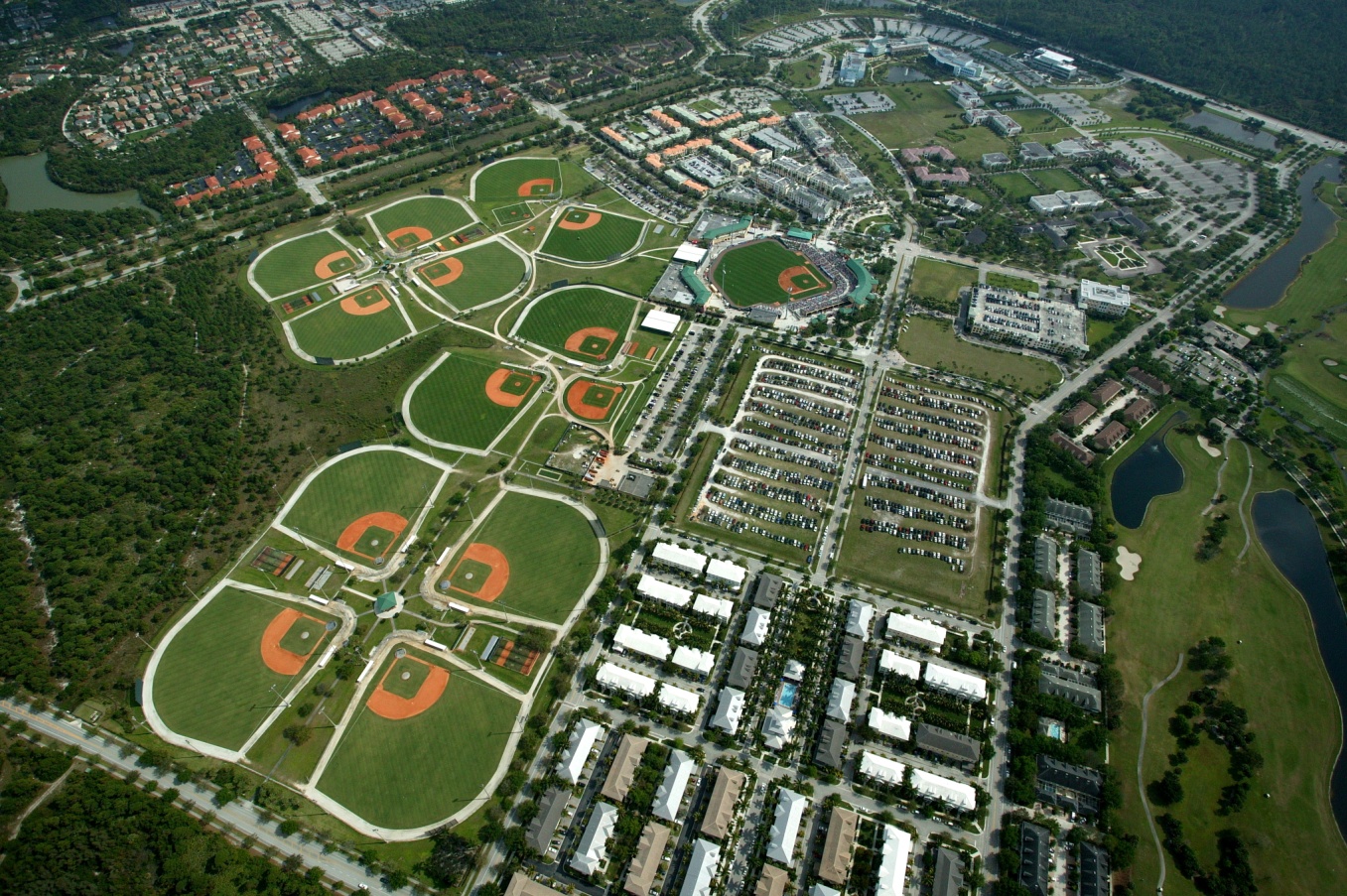 History was made when Cal Ripken Baseball announced that its 10u World Series would take place at Gardens Park.   This 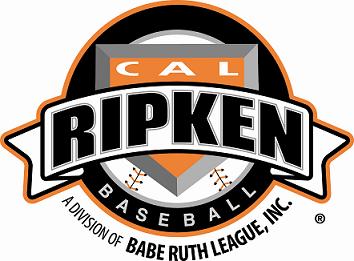 event represents the first little “Little League World Series” to take place in the Palm Beaches.  The World Series will feature 12 of teams from across the nation that earned the right to compete in one of the most prestigious youth baseball tournaments that exists for 10 year olds.  In addition to the 180 players and 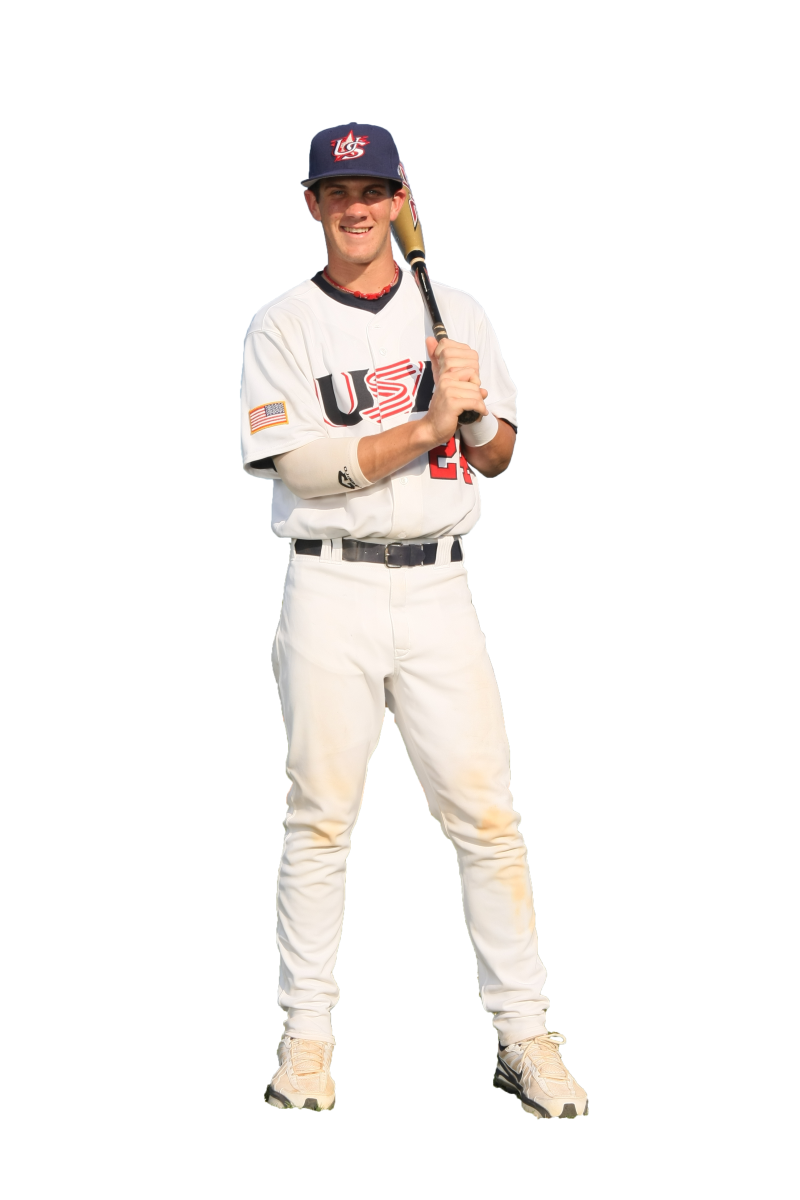 Whether it is wood bats or metal bats, highly talented travel teams or little leaguers just learning to play the game, baseball fields across Palm Beach County will be active this summer. America’s pastime will have a presence that is not easily replicated anywhere else throughout the United States. These baseball events promote Palm Beach County as an elite youth baseball destination and are significant contributors to the sports tourism industry.

Below summarizes the projected impact derived from amateur baseball this summer:

•              Projecting over $6 million of economic impact derived from these tournaments 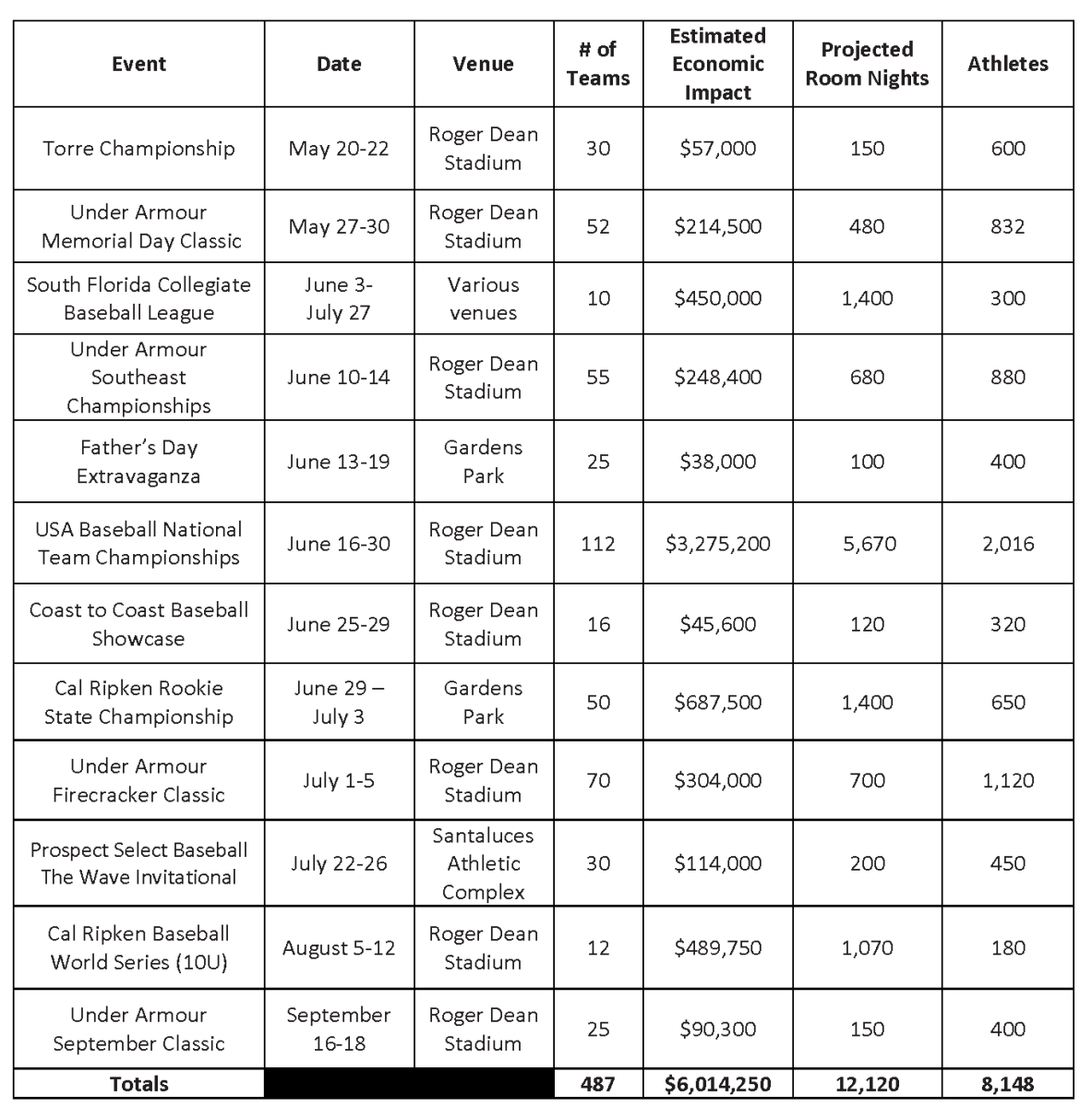 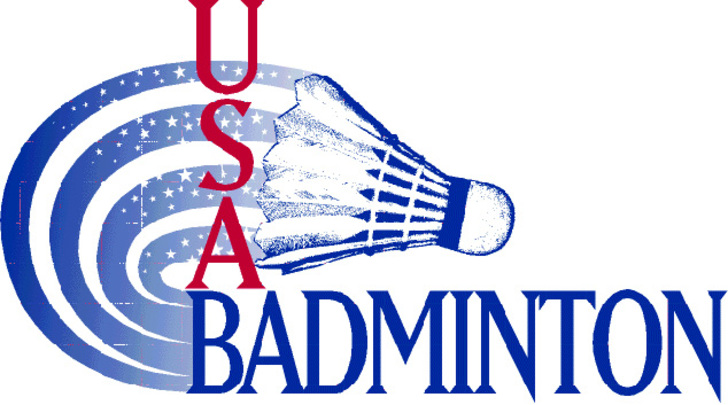 The USA Badminton Adult National Championship will feature approximately 150 of the top badminton athletes competing in several divisions including singles and doubles for both men and women as well as mixed doubles. Recreational badminton players and fans are expected to travel from across the nation to witness the best of their sport play for a championship creating an excitement around the courts at the Convention Center and the community of Palm Beach County.

Hosting this event in 2016 is particularly special, because it will take place immediately prior to the 2016 Summer Olympic Games.  Badminton is one of the sports represented at the Summer Olympic Games and the USA Badminton National Championship will feature members of the United States Olympic team.   In fact, the event will serve as an Olympic Team Trials to finalize the United States’ roster for the 2016 Olympic Games.    As the sport’s national governing body, one of USA Badminton’s primary objectives is to determine and manage the US Olympic Team.

The Palm Beach County Sports Commission’s bid to host the USA Badminton Adult National Championship represents the event’s debut in Florida and only its second appearance on the east coast of the United States within the last 20 years.  The USA Badminton Adult National Championship origins date back to its inaugural event in 1937.  Badminton is considered to be one of the oldest sports on the globe.

The ancient game originated more than 2,000 years ago in Europe and Asia.  Since 1972, badminton has been an Olympic sport with five competitive events and it is the only sport featured in the Olympic Games that has a mixed double event. 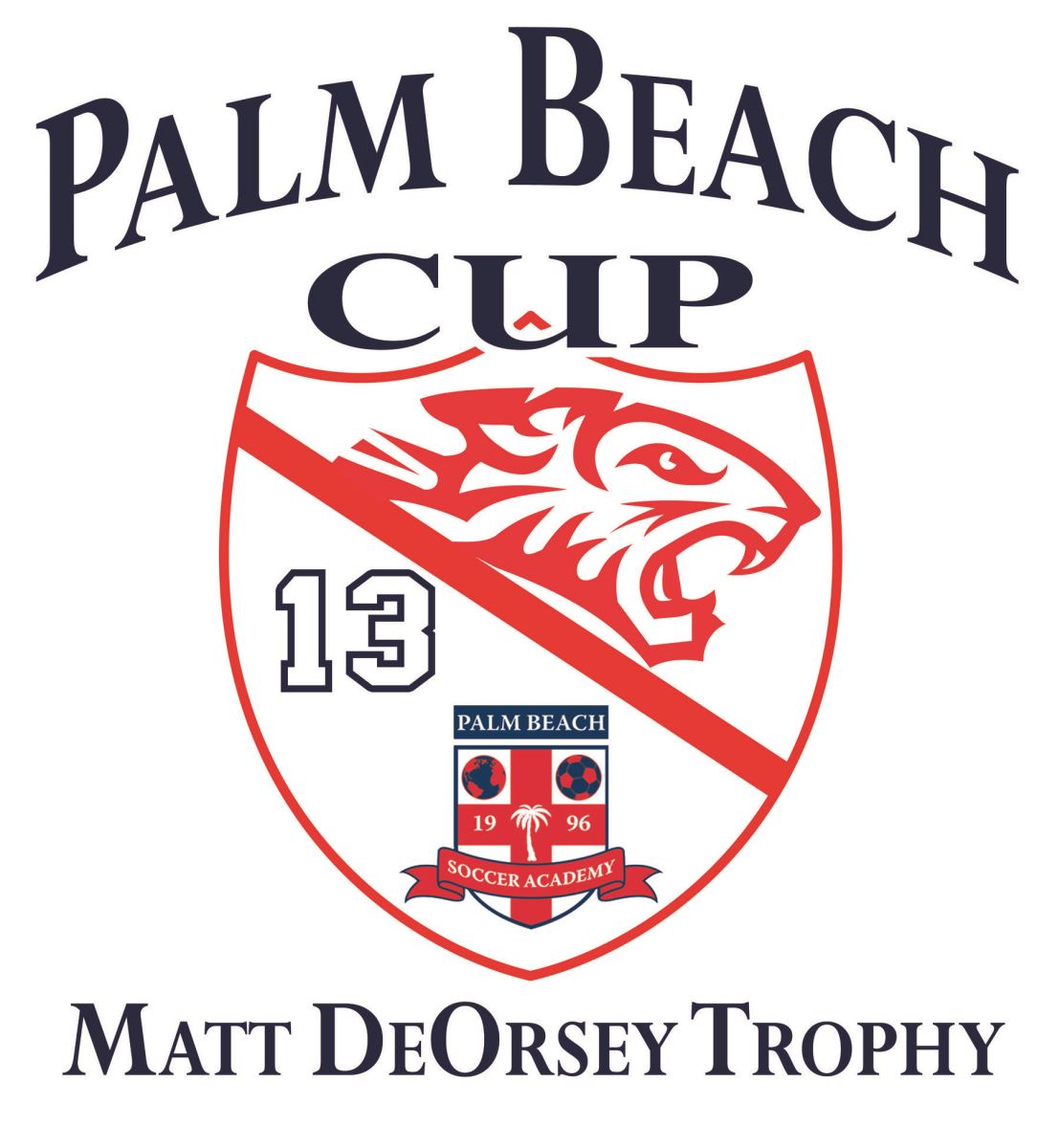 The Palm Beach Cup, hosted by the Palm Beach Soccer Academy and sanctioned by the Florida Youth Soccer Association, is one of the largest soccer tournaments in the state dedicated to both boys and girls.  The   tournament will attract over 100 soccer teams competing in a wide array of age groups, ranging from 8u to 18u, on May 6-8, 2016. Over 200 soccer games will take place during the tournament.  Venues will include Mirasol Park, PGA National Park, Gardens Park, and Lilac Park located in Palm Beach Gardens.

This will be the ninth year of the Palm Beach Cup’s existence.  The event has 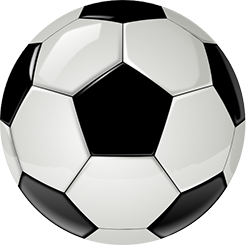 grown tremendously and has created statewide and regional impact. The demand for this tournament is high as teams were placed on a lengthy waiting list.   The Palm Beach Cup will generate an influx of business to hotels, restaurants, attractions, and shopping outlets. “Our tournaments continue to grow each year, providing participants and spectators alike a wonderful opportunity to witness the power of kids playing this beautiful game”, says Gary Walker, Founder of the Palm Beach Soccer Academy, a non-profit organization.  For more information of the tournament and or to view the event schedule, visit www.palmbeachcup.com. 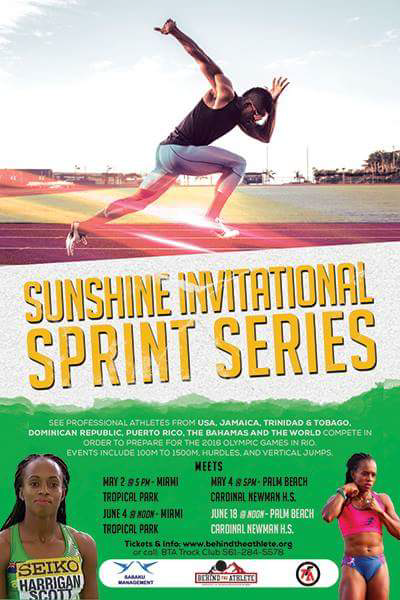 This track & field meet will take place at Cardinal Newman High School and its Sam Budnyk Stadium. The Sunshine Invitational Sprint Series will feature past and future Olympians competing in a variety of events that range from 100 to 800 meters sprints/hurdles and long Jump. This is expected to be one of the fastest Sprint Series on American soil.  The Sprint Series consists of 8 total meets (3 in South Florida and 5 in the Caribbean). A Sprint Series is comprised of 6 Track events and 1 Field event. Athletes competing are seeking to improve their performance to increase their chances of qualifying for the 2016 Olympic Games.  The event brings athletes from the across the United States, Jamaica, Aruba, Bonaire, Curacao and the Bahamas.