The world’s largest field hockey tournament
will return to the Palm Beaches. 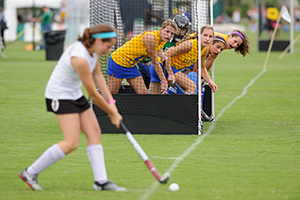 The world’s largest field hockey tournament will return to the Palm Beaches.  USA Field Hockey (USAFH) will partner with the Palm Beach County Sports Commission to host the 2016 and 2017 National Hockey Festival at the International Polo Club in Wellington. The Festival takes place over Thanksgiving weekend, from November 24-27, 2016 and November 23-26, 2017.

USA Field Hockey will bring over 240 teams, consisting of more than 4,000 athletes and 8,000 total visitors from the United States, Canada, Europe, and the Caribbean, to play and stay in the Palm Beaches.  The participating teams will contend for titles in women’s and men’s divisions, including women’s age group (Under 14, Under 16 and Under 19), boy’s age group (Under 16), and women’s open and mixed (adult).   Over 800 field hockey games will take place during the National Hockey Festival, creating an unrivaled volume of competition occurring during a single event.

After spending two years away from the East Coast, the Palm Beach County Sports Commission emerged with the most compelling bid to host in 2016 and 2017. The National Hockey Festival is one of the largest amateur sporting events that takes place annually in the United States.   This event represents a landmark occasion, not only for the Palm Beaches, but for the entire state of Florida.  Palm Beach County is the only destination in Florida to host the Festival, and has been home to the National Hockey Festival nine (9) previous times (most recently in 2012 and 2013).   Each year the event’s team participation grows bringing great economic benefits to the host cummunity.

“We are delighted to be returning to the International Polo Club in the Palm Beaches,” said Simon Hoskins, USA Field Hockey Executive Director. “Many in the field hockey community have been hoping to see the Festival return to Florida and we are thrilled that this opportunity became available. We can all be confident that we will strive to put on the very best Festival for athletes, club and college coaches, umpires, sponsors, volunteers and family members.” 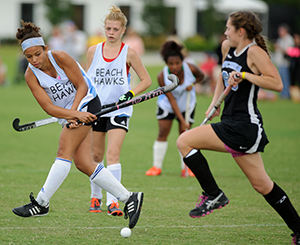 The significant level of visitor spending and rise in hotel occupancy are welcomed by the hotel and business community.  The impact will occur during a favorable timeframe for Palm Beach County’s hospitality industry.   The National Hockey Festival will fill over 50 hotels from Jupiter to Boca Raton offering room blocks for this event. Field hockey athletes, coaches, and spectators will be occupying hotels and creating an economic impact countywide.

“The Palm Beach County Sports Commission is humbled, honored and excited that USA Field Hockey will bring its National Hockey Festival back to the Palm Beaches,” said George Linley, Palm Beach County Sports Commission Executive Director. “The abundance of new dollars and rise in hotel occupancy will be welcomed by the hospitality and business community.  Hotels, restaurants, retail outlets, and attractions from Jupiter to Boca Raton will experience a surge of business over Thanksgiving weekend. There are very few opportunities to host a single sporting event that will create a tourism and economic impact countywide.”

The National Hockey Festival originates  back to 1922. The event features the most talented field hockey athletes in the world, including future Olympians.   The prestige and reputation of this event creates a long wait list of teams wishing to participate. Today, over 23,000 athletes, coaches, officials and fans comprise the membership of USA Field Hockey, making it one of the most successful National Governing Bodies in the United States.

The National Hockey Festival will provide a major economic boost to the Palm Beaches. Below summarizes the anticipated economic benefits: 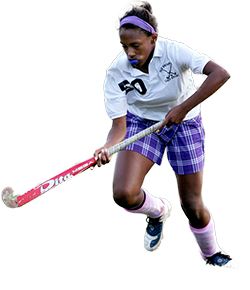 •    8,000 visitors from across the United States, Canada,
Europe, and the Caribbean

•    Over 50 hotel properties are expected to receive
business 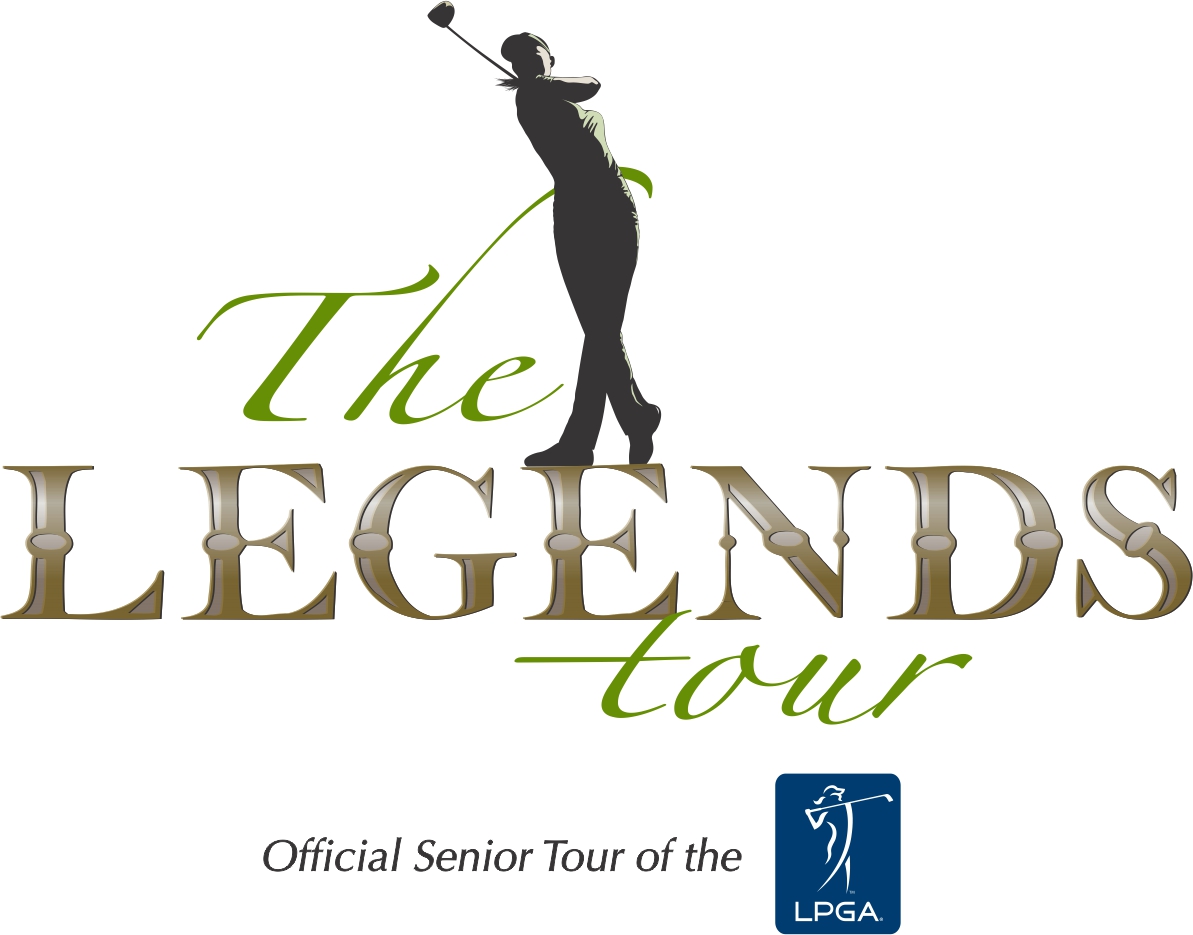 The LPGA Legends Tour is the official senior tour of the LPGA. The tour began in 2000 by LPGA professionals to showcase the talents of some of the greatest women golfers of all time. The 2015 Walgreens Charity Championship is one of eight scheduled LPGA Legends Tour stops, taking place at the Seagate Country Club in Delray Beach from November 5-7, 2015. The professional event will consist of a 36-hole tournament featuring 50 LPGA legends. Prior to the two-day weekend tournament, the event will feature a local qualifying tournament, pro-am event, golf clinics for women, and tie in with Walgreens executive and vendor meetings.  This event represents the final tournament of the LPGA Legends season. In addition to the world class golfers, the event will bring over 250 Walgreens executives to Delray Beach.

The field will compete for a purse of $250,000, with the winner taking home a prize of $30,000. A Senior Legends Division within the tournament will be offered for players 63 and over and will include Blalock, Caponi, Dickinson, Haynie, Sally Little and Sandra Palmer.

This event complements Palm Beach County’s position as Florida’s golf capital.  Considering the room block created by corporate executives at Walgreens along with the golf participants and enthusiasts, this Legends Tour event will create a significant tourism impact.

The Legends Tour has more than 120 members, including 12 LPGA and World Golf Hall of Fame members and have over 675 combined LPGA Tour victories, including 70 major championships. Advance tickets are only available at Walgreens stores at $10 per day per adult. Full-price tickets at the gate are $15 each day. For more information, visit www.thelegendstour.com

Perfect Game Tournament A Grand Slam
For The Palm Beaches

Palm Beach County continues to be a leading destination for amateur baseball in the state of Florida.  Over 1,500 athletes participating on 85 elite travel baseball teams will visit the Palm Beaches to compete in one of the most competitive high school age baseball tournaments in the world.  The Perfect Game World Wood Bat Association (WWBA) World Championships will be returning for the 14th time in 15 years.  This event, which has experienced tremendous growth in team and player participation, is conducted under Perfect Game USA and will take place at Roger Dean Stadium in Jupiter, FL from October 22-26, 2015.  Roger Dean Stadium is a world class baseball complex and one of the premier Major League Baseball Spring Training facilities in Florida. 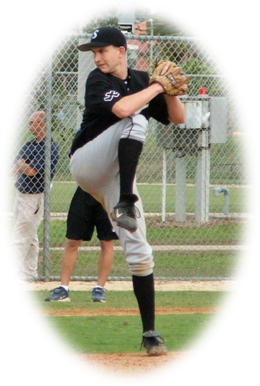 amateur baseball community.  A total of 8,388 of the tournament’s baseball players have been selected in the Major League Baseball (MLB) Draft since 2003. The number of MLB draft picks for Perfect Game leads all other baseball organizations.  The Perfect Game WWBA World Championships provides a showcase for prospects while they perform in front of nearly 1,000 professional scouts and college recruiters over the course of five days.  Furthermore, this is also Perfect Game’s premier national team tournament. The top travel ball organizations from across the United States, Puerto Rico and Canada will have teams at the premier, invitation-only event.

In addition to showcasing an array of exciting baseball games, this event will bring Palm Beach County significant economic benefits. With the anticipated number of teams projected to stay a minimum of three nights each, the event is expected to generate over 3,500 room nights and $2.5 million in direct visitor spending.

Perfect Game USA is the largest amateur baseball scouting service, hosting more than 100 showcases and tournaments each year.  The majority of the players scouted within Perfect Game USA are high school baseball players from the age of 14-18.  However, college players and free agents are invited to attend showcases to hone their talents and abilities and have a better opportunity to play in the majors.

Many of today’s top MLB players have come from Perfect Game USA.    In fact, of the 75 first picks of the 2015 MLB Draft 64 had previously attended a Perfect Game National Showcase.

Beach, held October 10-12, 2015, is one of the largest of the newly created USTA National Selection events in the United States. With over 250 participants competing in the boys and girls divisions featuring a variety of age groups (12s, 14s, 16s and 18s), this newly created event will showcase the future of American tennis. The event will take place at the Delray Beach Tennis Center, Delray Swim & Tennis Club, the Boca Raton Swim & Racquet Club, Broken Sound Country Club, Boca West Country Club, and Hunters Run Country Club. Each singles draw will consist of 32 players, competing a minimum of two times (consolation format). Each doubles draw will consist of 16 teams (single elimination).

The restructured USTA National Junior Tournament Schedule created the USTA National Selection Tournament, held four times each year (February, May, October,  and November) in four locations for each division. The Columbus Day Open is by far the largest National Selection event, with eight age/gender divisions compared to no more than three anywhere else in the country.  This youth tennis tournament will create a significant tourism impact by increasing hotel occupancy and visitor spending in Delray Beach.